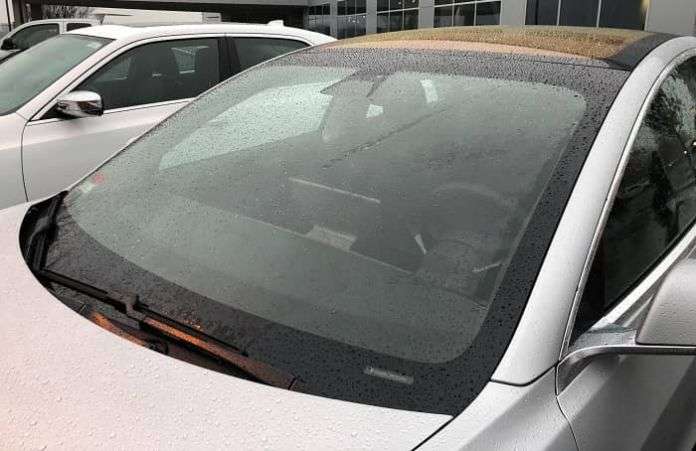 There is an Easy Fix For Tesla Autowipers

When getting into your Tesla in the rain, the wipers' auto-setting triggers when you open the door, which proceeds to dump all the water on the windshield into the car and you. Here is how Tesla can quickly fix it.
Advertisement

Six days ago Tesla CEO Elon Musk unveiled Tesla's Autowipers and tweeted this video showing how they work. It was in addition to the 7 huge updates that were coming to your Tesla soon.

But there was a problem. Model S, Model 3 and Model X owners who live in rainy weather, quickly realized that using the feature in rainy weather they end up getting wet. When you open the doors of your Tesla in the middle of a heavy rain the system immediately triggers the car's automatic wipers. As a result the water accumulated in the windshield is poured into the car. Actually it dumps the water straight into the driver.

Musk, recognized the problem early this morning, tweeted that the problem of automatic wipers will be "fixed in next release."

When will be Tesla's next update, we don't know. Tesla cars frequently receive over-the-air software updates that add new features and functionality. When an update is available, Tesla drivers are notified on the center display with an option to install those software updates immediately or schedule the installation for a later time. Currently Tesla vehicles use the software version 8.1.

As one member of the r/TeslaMotors subreddit noted an easy fix can quickly take care of this issue. "Just hold auto wipers back until the car is turned on," suggested this user. Let Tesla's Automatic Wipers start only if the driver's foot is on the brake. This means the driver will be already in the car and the doors by then will be closed. This should be an easy fix and shouldn't take more than few days. It's important to do it now as many Tesla owners driver in rainy weather conditions.

The issue of rain sensors has been raised in 2013 in Tesla's forum section. "Setting the switch to activate the rain sensor causes the wiper to cycle once when you open the driver side door and get in. That is OK if the windshield is dry. If the windshield is wet the wiper sweeps all that water over to drench the inside of the door before one can get it closed," reads the discussion in that forum. This triggered some Reddit users say that it may take a while until Tesla's next software update is released. But I don't think so. Considering it's a little quick change in the software to hold the automatic wipers back until the car is turned on, it should only take few days for Tesla to update it.

Let's wait and see. If you have already experienced the Autowipers please let us know how they work in the comments section. If you liked this article and think it may help your friends, consider sharing or tweeting it to your followers.

Antoine wrote on January 9, 2018 - 12:28pm Permalink
Since it's a Tesla algorithm checking for rain on the windshield and not a "dumb" rain sensor, it should be even easier to add a "stop if door opens" command... Forget about that foot-on-the-brake thing: we step on the brake to close the door, so.
Houman wrote on January 9, 2018 - 12:28pm Permalink
As an X owner who just got Autowipers and had my first rain of the season, I noticed the X wipers don't wipe the camera. So even when the windshield is clear, the cameras falsely continue to detect rain and continue wiping. Has anyone else experienced this? How to fix?