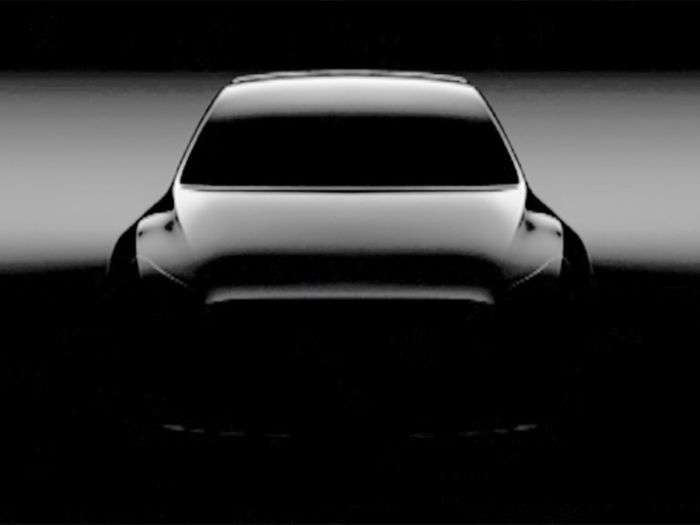 Tesla has delivery problems with the Model 3, problems with the semi-autonomous cars and if they falter more, they will have even more issues. The quirky automotive company that gets more press than any, will start manufacturing another vehicle. According to news reports, the production of Tesla's Y model is planned to begin in November 2019 at the company's plant in Fremont, California. For now Tesla will only let you see a very dark teaser photo of the vehicle.
Advertisement

But according to anonymous sources quoted by Reuters, the production of the Model Y will start in China in 2021, a market that has been very benevolent with Tesla.

Elon Musk has been evaluating the requests of companies that are bidding for Model Y parts supply contracts.

But this time it is not so simple, since Tesla will likely evaluate suppliers with more care than usual, given the recent supply problems of parts that have caused delays in the production of the Model 3.

According to Musk, Tesla is working at full steam to clear the supply delays, pushing to achieve the goal of 5000 cars per week, or 260,000 per year.

But according to reports from several sources, Tesla will want to be doubly sure that the delays have been cleared and the pace of production recovers, long before the Model Y is presented.

Tesla Model Y will be a small SUV and judging from the preview images, it will have a more striking design than its brandmates, although it is thought to be based on the fundamentals of the Model 3.

The current highway laws require the installation of mirrors in cars, but these laws could be revised to allow the use of internally mounted cameras and screens, as an alternative before the Model Y reaches the roads.

Currently, the system can control the direction of the car, the accelerator and the brakes in certain scenarios, but has had many failures.

The automaker says that after the Model Y they plan to produce a pick-up truck, a cargo van and a minibus, all based on the X Model SUV platform.

The launch of Tesla's commercial vehicles will be a component of its Master Plan, part two, a strategy that also includes the ambition of taking the initiative with autonomous technology and transforming the public transport sector.

This second part of the plan was presented to shareholders in 2016, ten years after Tesla's original Master Plan. The original plan gave a preview of the subsequent launches of the Model S, Model X and Model 3, as well as their solar energy products.

Tesla's semi-trailer truck, which was unveiled last year and is available for pre-order at a price of $ 150,000, emphasizes the brand's growing reach in new sectors.

Musk also envisions a vehicle sharing platform to better utilize the potential for passenger transport in cars that would otherwise be sitting outside of owners' homes for the most part.

Once regulators authorize cars without a driver, they can be summoned from anywhere.

Musk had said: "Since most cars are only in use by their owner for 5% to 10% of the day, the fundamental economic utility of a true self-driving car is likely to be several times that of a car which is not." We'll see.