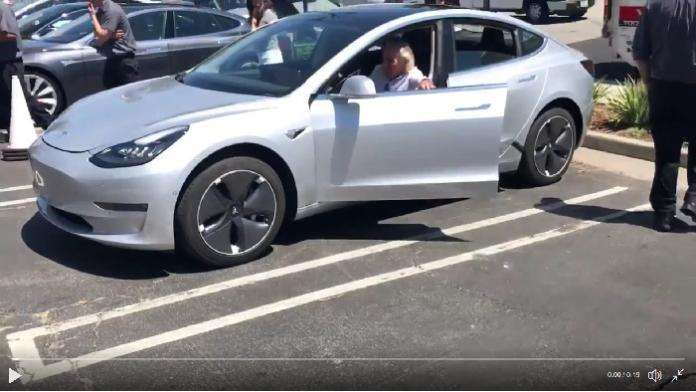 What is the better option at this point: a new Tesla Model 3 or a used Model S? This is a choice many current EV and would-be owners will be faced with soon.
Advertisement

When Tesla Model 3 becomes available it will have full warranty and some tax breaks. It will also cost about 25,000 dollars less than a used Model S that has a fair quality. The question is are the benefits of a new Model 3 equaled to the benefits of used Model S.

The warranty is a big issue for the currently Model S owners.

Alex Guberman, the group admin of the Tesla Model 3 Owners Club on Facebook, has released this Youtube Video discussing the benefits of the new Model 3 vs used Model S.

On the other hand, three days ago Tesla Model 3 Owners Twitter page unveiled this tweet video, in which you can see the best video picture of the Model 3.

Yet, even with this, we don't have an official confirmation from Tesla, that this is going to be the release version of the Model 3. This is only a candidate version.

As BGR reports, "in the interim, we’ll simply have to make do with yet another batch of fresh Model 3 spy shots. While the latest Model 3 photos don’t necessarily reveal any new information about the car, they do provide us with some new exterior angles of the car."

You may also want to read our previous coverage, discussing Tesla Model 3 vs Model S 60: Which One to Buy. See why Tesla introduced Model S 60 and how it is compared to Model 3.