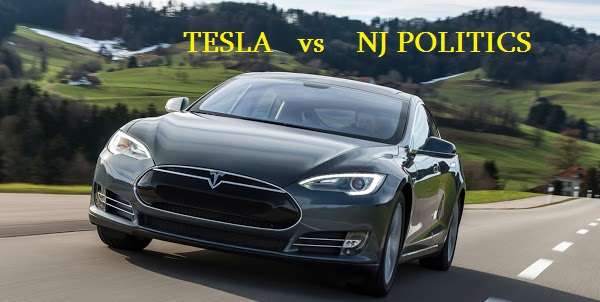 NJ and its Republican governor have gotten a fair amount of criticism these last few days over their decision to deny Tesla renewals of their waivers which enabled them to sell their products directly in NJ. Some quickly made this into another Republican vs. Democratic battle, but I don’t see it that way at all.
Advertisement

It mostly comes down to current laws on the books. Many states already had automotive dealer franchise laws - had them for many years. So when Tesla came along - in spite of their innovative products - they were largely viewed as another auto manufacturer that simply had to comply with current laws. In some cases they earned waivers from those, or had to structure their Showroom business to work through the legal fine print.

In NJ – and possibly NY and Massachusetts - it appears that Tesla may have simply been granted waivers for their showrooms to conduct business simply because no one really expected them to succeed. No one took them seriously or really expected them to last, but they did produce an electric car (which many governments viewed as a positive), so – lets give them a waiver and let them take their best shot. After all, the auto industry has a terrible success rate for new brands trying to make it in this market - just look recently at Fisker or Coda. Even more established brands such as Hummer and Saturn didn’t make it. So how seriously did some states, or the industry, take Tesla when they started requesting the ability to sell through their own showrooms? Sure – why not – they won’t be around for long anyway.

But surprise - Tesla turned out to be a winner! They earned accolades for best car ever tested by Consumers Reports. They produced an electric vehicle which finally had enough range to make it a viable transportation alternative for many. They are Silicon Valley based, are led by the greatest Silicon Valley wiz since Steve, they are innovative, they are growing, and they are succeeding. Wow! – who would have thought?

But all this means that NOW they are noticed by the industry. (Want to guess how many big automakers will "suddenly" have all new, all electric luxury models out in the next few years? My guess is - all of them.) So the dealer lobbies in many states, most notably NJ, now begin to see Tesla as creating a threat to their sacred franchise system. And at that point it became simple politics.

Dealer lobbies are plentiful, they have a lot of money, and they have political influence. So they simply played their cards. In NJ the Tesla waivers were due for renewal, as well as their application for a 3rd store. But politics being politics meant that the governor could not ignore his constituency – so, waiver renewals denied. You can see the thinking – “Let’s cut off that threat before it becomes really serious.”

But this was not a Republican issue at all – it was just old fashioned politics at work. Look at Virginia - It has a Democratic Governor, a Democratic Senate, US Senators who are both Democrats and 6 of the 11 US House delegates who are also Democrats. Yet they were one of the 1st states to deny a business license to Tesla, but I never heard anyone saying that made it a Democratic issue. The state issues there, and now in NJ, are plain old politics, with dealer groups feeling that their franchise protections are being threatened now that they see Tesla as the major change agent to the industry. Tesla still has their work cut out for themselves, but they have gotten the idea of industry change rolling, which could actually be their largest contribution to the industry.

But as mentioned in other articles – the entire legally enforced dealer franchise system really is being threatened – but not directly by Tesla, but by the issues and ideas Tesla has raised by their attempts to do business the way they want. Many are now starting to question why dealers need franchise protections in the first place. Many wonder what “consumer protections” these franchise laws really provide. After all, in many places dealers and dealer groups have essentially grown “fat & happy” under these legal protections, and many customers realize that this fat was taken from their hide by a system that may have outlived its need.

Would it really be so bad if manufacturers were allowed to directly sell to consumers? Being from the OEM side of the business I know that many OEMs highly value their good dealer partners, and really do not want that to change. They do not really want to start managing hundreds of stores all across the country, not to mention that they have existing dealer-by-dealer franchise agreements – legal contracts - which cannot simply be broken on a whim. What OEMs really want is the ability to stop using dealers who are not doing the job, do not represent their brand well or who mistreat customers.

But all that’s for another story.
Tesla fans horrified to learn politicians lie and there is no free market in NJ
Tesla: wrong move, New Jersey

Weapon wrote on March 13, 2014 - 6:34pm Permalink
There is no such law in NJ that prohibits Tesla from selling directly in NJ. The franchise law prevents manufacturers who have franchises from selling directly, but Tesla has no franchises. The fact that the DMV had to go out of their way to CHANGE the rules kind of shows that what Tesla was doing was legal and not a product of an exception. Otherwise dealers could have easily just taken to the court system to have Tesla's license revoked under law. But they didn't because there was no such law. (Of course they could have been worried that the Judge would just rule the law in itself as invalid). That said, this isn't a Republican vs Democrat issue. This is a lobbying issue and how lobbies corrupt our system.
John Goreham wrote on March 13, 2014 - 7:35pm Permalink
If you can find the text of the law and of the rule change please link it. I can't find it anywhere. I want to read it.
Charlotte Omoto wrote on March 13, 2014 - 10:21pm Permalink
I don't have the original text of the law, but here is the rule change which suggests that it was not in the original law. "The proposed amendments clarify that, to be a “proper person” under N.J.S.A. 39:10-19, any applicant intending to sell new motor vehicles must meet the requirements of N.J.S.A. 56:10-27 and -28 by submitting a copy of the applicant’s franchise agreement(s) with the motor vehicle manufacturer(s) whose makes and models the applicant is franchised to sell.
John Goreham wrote on March 14, 2014 - 8:55am Permalink
Thanks Charlotte, hope you are well.
Weapon wrote on March 14, 2014 - 2:50am Permalink
The law in question is NJSA 56:10. The part in question is 56:10-27 56:10-27. Sales through franchises only It shall be a violation of this act for any motor vehicle franchisor, directly or indirectly, through any officer, agent, employee, broker or any shareholder of the franchisor, except a shareholder of 1% or less of the outstanding shares of any class of securities of a franchisor which is a publicly traded corporation, or other person, to offer to sell or sell motor vehicles, to a consumer, other than an employee of the franchisor, except through a motor vehicle franchisee. Relevant definitions are in section 56:10-26: b. "Franchise" means a written arrangement for a definite or indefinite period in which a motor vehicle franchisor grants a right or license to use a trade name, trademark, service mark or related characteristics and in which there is a community of interest in the marketing of new motor vehicles at retail, by lease, agreement or otherwise; c. "Motor vehicle" means and includes all vehicles propelled otherwise than by muscular power, and motorcycles, trailers and tractors, excepting: (1) those vehicles as run only upon rails or tracks, motorized bicycles, and buses, including school buses; and (2) those motor vehicles not designed or used primarily for the transportation of persons or property and only incidentally operated or moved over a highway; d. "Motor vehicle franchisee" means a person to whom a franchise is granted by a motor vehicle franchisor and who or which holds a current valid motor vehicle dealer's license issued pursuant to R.S.39:10-19 and has an established place of business; e. "Motor vehicle franchisor" means a person engaged in the business of manufacturing, assembling or distributing new motor vehicles, or importing into the United States new motor vehicles manufactured or assembled in a foreign country, who will under normal business conditions during the year, manufacture, assemble, distribute or import at least 10 new motor vehicles; And section 56:10-3: b."Person" means a natural person, corporation, partnership, trust, or other entity and, in case of an entity, it shall include any other entity which has a majority interest in such entity or effectively controls such other entity as well as the individual officers, directors, and other persons in active control of the activities of each such entity. c. "Franchisor" means a person who grants a franchise to another person. d."Franchisee" means a person to whom a franchise is offered or granted. So to summarize what is going on. 56:10-27 pretty much states that the manufacturer can't sell directly and has to use a franchise that is not affiliated with the franchisor. This is most likely how Tesla managed to get the license since the definition of a franchisor is someone who grants a franchise. Tesla does not grant a franchise thus is able to sell directly since they are not a franchisor. (This is a guess on my part as I have no way of knowing what the DMV was thinking at the time) The rule changes that they made is in N.J.A.C. 13:21-15.2(m) "a copy of the applicant’s franchise agreement(s) with the motor vehicle manufacturer(s) whose makes and models the applicant is franchised to sell." Since Tesla can't make a franchise agreement with themselves. They effectively can't renew their license.
John Goreham wrote on March 14, 2014 - 8:57am Permalink
Thanks again.
John Goreham wrote on March 13, 2014 - 7:33pm Permalink
There is a lot more to the story about the Virginia angle on this. But that doesn't fit the new narrative that Chris Christie is Tesla's problem.
mike w wrote on March 15, 2014 - 9:27pm Permalink
So customers must go out of state to "visit" a showroom? Looks like this legislation does not prohibit them from opening service centers. As long as N.J. residents will still be allowed to register their Tesla in N.J. you would think there would be little impact on sales. N.J. seems like they are driving jobs (at the sales floor) out of state.