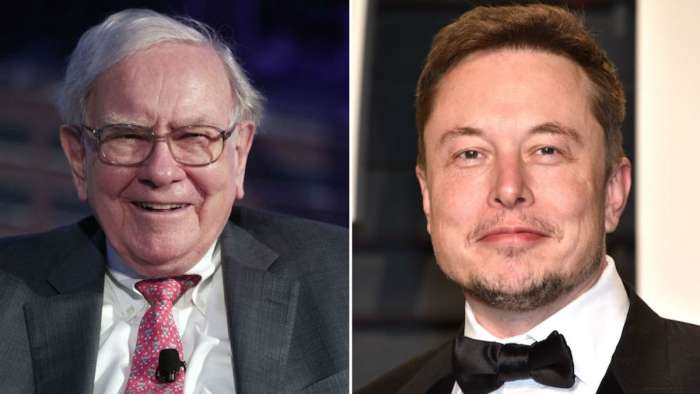 Speculation of the Year: Will Warren Buffett Secretly Buy Tesla?

If Warren Buffett bought Tesla it would be the surprise of the year. So far this has been unimaginable. Buffett had expressed in the past that he did not want to invest in Tesla - and preferred BYD, which is cheaper according to valuation metrics.
Advertisement

Elon Musk is likely to overestimate himself, so the old master. The Tesla boss, on the other hand, was quoted as saying "not the biggest fan" of Warren Buffett, writes Florian Söllner in yesterday's Der Actionaer.

But now there is an interesting speculation. Electrek takes up a Twitter train of thought from Frank Peelen. He notes that according to the last 13F filing, an unknown investor collected around 50 million Tesla shares. Exciting: The major shareholder has avoided exceeding the five percent threshold and does not have to make a public report about his investment.

So I think the possibility is definitely there, but $BRK's new mystery investment being $TSLA is indeed just a theory, that is still quite speculative. All the things you, and others, have mentioned about $BRK's negative comments on $TSLA in the past are all very valid.

"This fits in with a suggestion from Berkshire Hathaway that it is making a new investment in a company, but do not want to disclose it to avoid price swings. The approximately eleven billion dollar investment would therefore fit well into the picture," concludes Söllne.

Another interesting question would be how friendly the new investor would be towards Elon Musk. He had laughed at BYD cars. In return Buffett had previously made a front against Tesla's efforts to establish direct sales without classic car dealers in the USA.

Whoever bought these stocks: As of now, it has triggered Tesla stock's upward movement, which may last another few days and boost the share in the short term.

In the meantime Tesla Energy is making huge waves in Australia and Israel. "Tesla energy could be a 400 billion-dollar company. All it needs is batteries. Perhaps it will take lithium concentrate from mines, take other minerals from mines and make the raw materials needed for terawatts of batteries. Then at Giga Texas, Giga Berlin, and Giga Shanghai and perhaps Giga Indonesia will make batteries for the world. I think that Giga Texas is going to be a massive manufacturing city for Tesla. Cars, trucks, Cybertrucks, base metals to batteries, maybe even a Tesla university teaching electronics, manufacturing, and battery tech," concludes Steve Blomfield on Torque News Youtube channel.