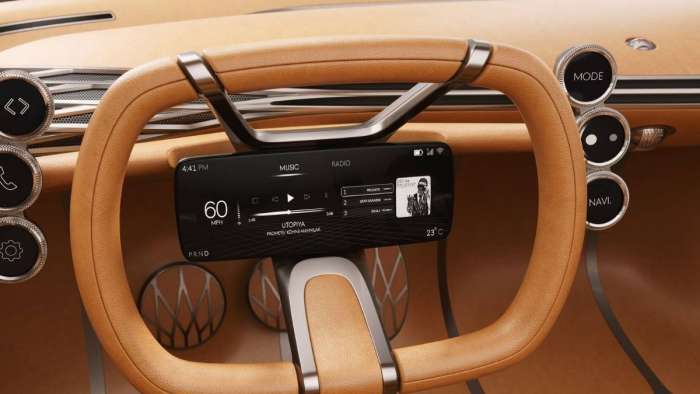 Hyundai Persists With The Idea of Screen on Steering Wheel

Hyundai, like many other automakers, is working to improve the in-vehicle experience by integrating the latest technologies and making more room for digital technologies. However, one of its ideas raises more questions than it answers: the screen on a steering wheel.

Indeed, if we believe a patent application filed in Germany and discovered by CarBuzz, the Korean manufacturer Hyundai is considering installing a screen directly on the steering wheel.

The diagrams that accompany Hyundai's screen on steering-wheel proposal are not very elaborate. We see that said screen would not be added to the central area of the steering wheel on which the horn and the various buttons appear, but rather be superimposed on it and cover almost the entire diameter of the flywheel. 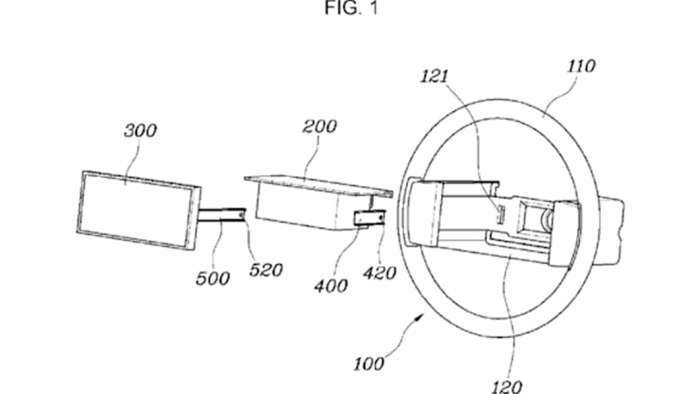 The goal of having a screen on a steering wheel of a vehicle, according to Hyundai, is to remedy the problem of some drivers who, due to the position they take on the wheel, cannot see part of the instrument cluster behind it.

"It's a nice touch, but certainly not the best solution. Inevitably, drivers will have to take their eyes off the road a little longer," thinks Guillaume Rivard of Le Guide De L'Auto. Then, after the steering wheel is turned 90 degrees or more, what will happen to the display? Whether it's going with the flow or staying at the same angle, that's one more distraction.

And then, where would the airbag go? Hyundai is not clear on this, merely stating that it would still be contained in the steering wheel and that its deployment in the event of a crash would cause no damage to the screen. Nothing is said about driver safety!

Still, the idea is interesting and these questions are addressable.

Remember that Hyundai is not at its first steps in the field. At the 2019 New York Auto Show, the Mint concept of its luxury brand Genesis had a screen in the center of the steering wheel and not a single dial behind. Around the same time, it also presented us with a cockpit of the future with haptic feedback touch-sensitive displays on the steering wheel (below). 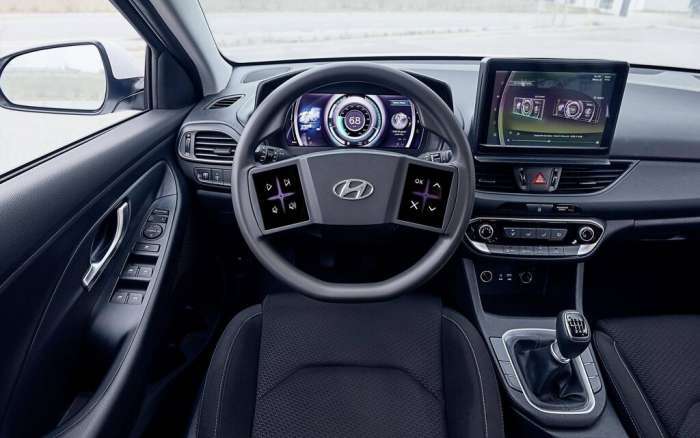 Is all this really serious? The future will tell. Hyundai still has a good reputation for technological integration, as a recent study by the American firm JD Power proves. I personally have always been pleased with Hyundai's technological integration and solutions, considering them one of the best in the automotive industry, leading brands like Mercedes and BMW.