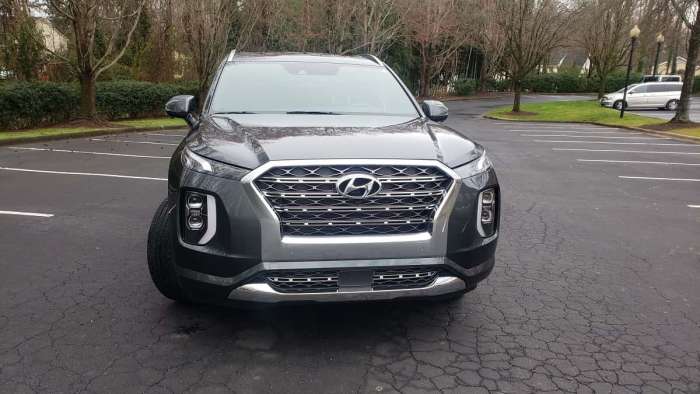 Hyundai Has a Beautiful Problem With Palisade, But Unions Oppose Solution

Hyundai sells for around 7,000 Palisade per month in the United States as demand hovers around 8,000-9,000 unites.
Advertisement

Since its arrival on the market, the Hyundai Palisade has proven to be very popular with North American buyers. In fact, last August the SUV was the automaker's fourth best-selling model in North America.

Where is the beautiful problem then? Hyundai struggles to keep up with the Palisade's demand. In fact, according to Korean newspaper Newsis, the company is currently working on scenarios that could allow it to meet North American demand, reports Auto123.

One of the measures under consideration would be to produce the Palisade at Hyundai's US plant in Alabama, where other utility vehicles such as the Tucson, Santa Fe and the new Santa Cruz are manufactured.

The Palisade is currently produced at the Hyundai plant in Ulsan alongside the Staria minivan. The factory exports between 6,000-7,000 units of the Palisade to the United States each month, but demand is between 8,000 and 9,000 units.

This is what is meant by a beautiful problem.

However, the Hyundai Motor Union said the transfer of Palisade production to the United States was not acceptable, according to Newsis. The reason is not disclosed, but we can guess that it relates to the fact that they do not want to lose any gains there.

Another of the solutions envisaged would consist in redistributing the vehicles produced in the various factories of Hyundai in Korea. The production of the Staria, for example, could be transferred to the Jeonju plant, which the union at the Ulsan plant strongly opposes. Assembly of the Palisade could also be moved to the Jeonju plant, but that's unlikely, as that plant is equipped to spawn commercial vehicles. It would cost a lot to transform it to accommodate the Palisade, according to what is reported.

Hyundai has not yet made a decision on its problem, but would do well to do so quickly, because at the end of the day, profits are soaring when it cannot meet demand.