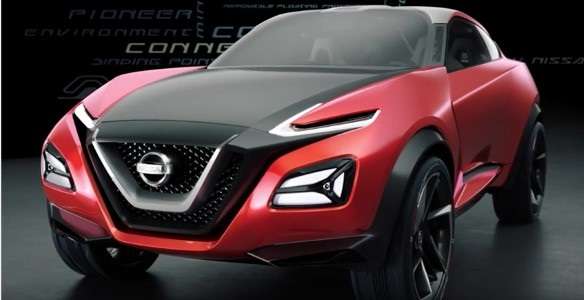 Apparently Nissan is changing its mind about LEAF and next year will turn it into a Plug-in Hybrid. Here is how it will do it. Get to know Nissan E-Power.
Advertisement

Nissan is going to make 2 changes in the next 12 months, one is related to making it a leader in self-driivng auto-pilot cars, but the second is even more interesting, which is going to change how you know Nissan LEAF. The company wants to add a gasoline engine to Nissan LEAFs for two reasons.

But first, let's see what happened. According to Automotive News Nissan's CEO Carlos Ghosn outlined both technologies as part of Nissan's annual shareholders meeting. These two changes will debut in Japan sometimes in March-April of 2017 and then Nissan will introduce them in the US, European and Chinese markets.

The first is the deployment of Nissan's upcoming autonomous-drive technologies: a single-lane self-driving steering feature. This technology will provide steering assistance in a single lane without driver input. We don't know more details yet as Ghosn apparently didn't go into much details on this.

Both technologies will debut in Japan-market vehicles in the current fiscal year ending March 31, 2017. The company will subsequently introduce the autonomous-drive function in the U.S., Europe and China.

The New LEAF system is dubbed as E-Power, which has already been introduced in Nissan's Gripz concept. Gripz is a crossover. TorqueNews had played with this idea that one day Nissan LEAF may be like Chevy Volt in 2015, when introducing Nissan Gripz concent. See Nissan Gripz: What if LEAF Wanted to be a Chevy Volt?

Now this car is coming just in time and perhaps a little earlier than Tesla's Model 3, with possibly a lower price. Would you prefer Model 3 or Nissan LEAF Plug-in Hybrid?

Tim Egger wrote on June 28, 2016 - 3:07pm Permalink
I won't buy a ICE again. If the LEAF is not offered as 100% electric, I'm gone.
John Gibby wrote on June 29, 2016 - 8:55am Permalink
Me too. Am not interested in the complexity of 2 power sources. I've put 15,000 miles on my 2015 Leaf in a year, and am happy with the 100+ mile range I'm getting with careful driving.
Daniel Evjen wrote on June 29, 2016 - 3:52pm Permalink
I agree 100% that Nissan Leaf must remain 100% electric. I will never buy any car that reeks from the stench of gasoline again! Even if I got a Volt or Prius as free gifts I would have no use for them. The whole idea of 100% electric vehicles is to lower carbon dioxide levels and help to save the planet. Please Nissan, tell your Nissan Leaf customers that you don't intend to go backwards and produce another useless Chevrolet Volt!!!
tom li wrote on June 28, 2016 - 11:14pm Permalink
If the NISSAN LEAF do not sell 100% electric, I'm going to look for other companies,i do not want to buy plug-in hybrid.
Bob Inget wrote on June 29, 2016 - 11:02am Permalink
Me thinks this is a flag run up the pole to see how many salute. No many I see. Nissan must believe storage won't get lighter, smaller, more dense, faster charging. I do. My average daily commute is under 40 miles, half my allotted range for my E-Golf. VW caught TDI cheating, has vowed to plunge five billion USD into electrics and network of charging stations. EV's are a total game-changer. In a generation our grandchildren will be asking "what's a muffler, brake, radiator, oil change, shop?"
William Boehnke wrote on June 29, 2016 - 10:46am Permalink
The article that you referenced from Automotive News says nothing about turning the Leaf into a hybrid. It states that the new range extender/hybrid system will be deployed first in a "new compact car." It goes on to state that, ”Its biggest difference from the Leaf will be the engine.”
Armen Hareyan wrote on June 29, 2016 - 11:44am Permalink
Check out this story from NY Daily News William. http://www.nydailynews.com/autos/news/brexit-hits-auto-industry-car-sales-rate-slows-article-1.2689415 It Reads. "Nissan plans on extending the range for its Leaf EV by adding a gasoline engine that will kick in once the vehicle’s electric charge runs out, thus making the all-electric vehicle into a plug-in hybrid. This is the first Leaf redesign since its 2010 debut. "
William Boehnke wrote on June 29, 2016 - 12:32pm Permalink
That article references the same Automotive News article, which does not say that they are adding an engine to the Leaf.
PMF wrote on July 1, 2016 - 2:56am Permalink
I guess a Tesla Model 3 is in the future for me. It's disappointing in one way that Nissan is not staying on track with the Leaf. I enjoyed my 2012 Leaf and only turned it in after the lease to wait for the 2017 Leaf with the extended range. Too bad...
Don Petter wrote on August 29, 2016 - 5:10am Permalink
I have a Leaf today. The reson I got it is that it is 100% electric. If not I´m not interested.
gary brohawn wrote on October 6, 2016 - 2:30pm Permalink
We love our 2011 Leaf with 45,000 electric miles on it. We won't go gas ever again. I hope the 200 mile battery retro fits into my 2011 Leaf in 8-10 years.