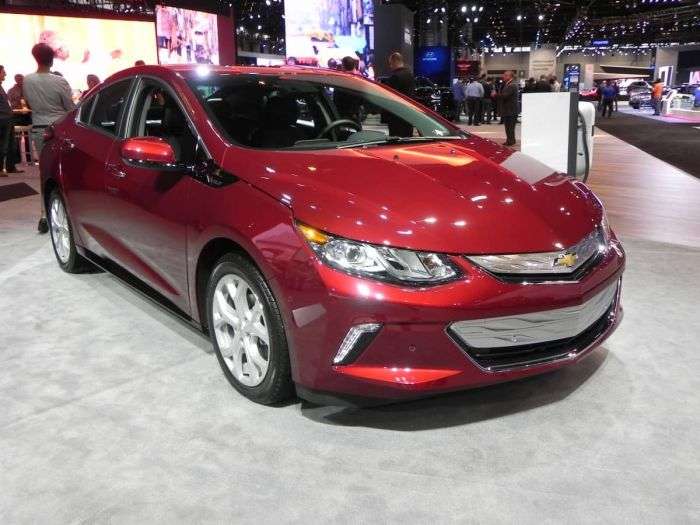 I test drove a 2nd Gen Chevrolet Volt today for the 1st time and was pleasantly surprised how much I liked it. I was, however, driving it only on electric power. On the 1st Gen, I didn't like how sluggish and slow it felt when using gas only. How does the 2nd gen Volt behave or feel once its only using gasoline?
Advertisement

This was a question asked by Chris Veber at GM Electric Vehicle Owners group on Facebook and discussed by Volt owners. Here are few interesting answers that I am sharing here for this story. By the way, check out Torque News' 2016 Chevrolet Volt Review: The Most Functional EV Gets Better in Every Way.

It's not as responsive, but it will still get up and go if you ask it to, replies Kyle Wallace.

There's a slight delay in power if you mash on the gas pedal, but otherwise, it's about the same with the annoying gas engine turning on and shutting off as needed. But it doesn't seem to be as bad as the Gen 1 Volts. - Teng Yang.

The difference between the 1st Gen Volt and the 2nd Gen Volt once they only use gasoline is hardly noticeable to me. If you get a chance to drive it again put it in hold mode and check it out, writes John Tenpas.

The Difference between Hold and Mountain Modes

If you want to know the difference between Hold and Mountain, Mountain mode won't turn the engine on until you're at 2 battery bars in the Gen 2 Volt. Until then, the green part of the battery is used and it's in normal EV mode. Once you reach the grey bars, it will run the engine as needed. If you turn it on below the grey bar threshold, the engine will run very aggressively to restore it back to two bars. You'd want to do this if you're about to climb a long steep mountain pass so the Volt has enough power to go up at full speed.

Hold mode works similarly, but you can turn it on before that two bar limit that MM has. The idea behind that is if you have a long freeway commute, you can run it on gas instead of wasting your battery, then switch back to normal/sport mode for EV driving in your destination city. The whole battery turns grey when you turn hold on, explains Teng Young who had also commented above.

I had a gen 2 as a loaner for a week. I grew a sad face every time the electricity ran out and the gas engine switched on. I found it very sluggish in gas mode -- buy maybe I'm spoiled since I usually only drive pure EVs. - Harvey Payne.

We have had our Gen2 for close to 2 years and have never noticed that, at least around our flat mid-Michigan area. While the engine does start when the battery gets 'low', it doesn't mean there is no power left in the battery. After all, the primary reason for the ICE is to charge the battery and maintain it at the 'low' level for most driving conditions (sans climbing hills/racing at a track). In fact, one might actually see a slight improvement in responsiveness because in the Gen2 the ICE CAN drive the wheels directly. I would expect sluggish response only if you really are pushing the car / going up hills / etc. Around town in normal driving, it should not result in reduced propulsion. - Frank Malkszewski.

I feel like it drives the same in gas mode but it always sounds like the engine is trying way too hard so I much prefer the smooth quiet drive of EV mode. - Antonio Pedulla.

My experience is that it is slightly less responsive in gas mode but overall not that different. Also, did you know that if you put it in hold mode the engine will turn on? So if you take another test drive you could try out how it feels with the engine. - Adam White.

In Sport Mode it will pin you against the seat & hit 80 mph at the end of the entrance ramp on the Interstate so how much power do you need? We have a Bolt and it will burn rubber in sport mode. I drag raced two GTOs and a Camaro SS 396 that I owned years ago at the local drag strips and I know power. The two Volts that we owned had enough power and our new Bolt had incredible instant torque. But we did not buy them for the power, we bought them to save fuel - had my days of burning rubber off. - Phill Brooks.

The Gen 2 doesn’t seem to behave that much differently with the engine on. It could rev pretty high if you really demand a lot on acceleration or on going uphill, but it doesn’t strain as much as Gen 1 (especially on steep, sustained hill climbs ). We have a ‘14 and ‘16 Volt. - Ivan Jue.

The idea that the cars are sluggish on gas is a myth. The engine does not immediately respond to the accelerator pedal but the cars are at least as quick or quicker when the ICE is running. The ICE revs will lag behind the pedal because it is spooling up to generate more electricity. This has been shown to be the case in more than one car magazine road test. - Michale Murphy.

"The big thing to remember about the Volt is that the ICE is really not meant to do 100% of the propulsion power, ever. Using Mountain Mode when driving any Volt is the best as you maintain about 40-50% SOC so the ICE never has to work too hard," writes Melta Blecha.

Have you recently compared the 1st Gen Chevy Volt vs 2nd Gen Chevy Volt? How were your impressions? Please share your thoughts in the comments section below for discussion. I think GM should do a better job in advertising Chevy Volt. Here is one good example of Chevy Volt's advertising that GM could use.

VFanRJ wrote on May 15, 2018 - 12:11am Permalink
If you're one of the few people who need so much juice racing up a hill that gas only makes you blue, simply put the Volt in Mountain Mode (MM) before the battery hits two bars. MM ensures that there is plenty of juice on tap when you need it. I think this whole topic is a red herring.
Karl wrote on May 15, 2018 - 11:13am Permalink
I've owned gen 1 & gen 2 Volts. Both very satisfying. Just drove the gen 1 to California from Chicago. Never a problem with power even through the mountains. Didn't worry about charging on that trip just used gas. I don't know why people people try to overthink or over-analyze this car. Just drive it, save fuel and enjoy.
Michael Murphy wrote on March 31, 2021 - 12:29am Permalink
I just got a 2017 Volt and was pleasantly surprised at how well it accelerates at highway speeds while in hold mode. The bit of lag reminds of my old Saab 9-3 :)