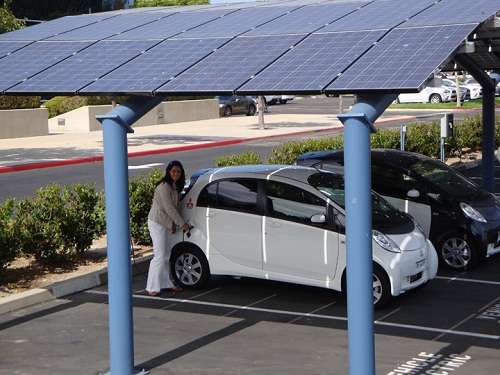 In a new development Tesla (NASDAQ: TSLA) makes an offer to acquire SolarCity (NASDAQ: SCTY), while Toyota brings back the solar panel on the Plug-In Prius Prime. How do you interpret these moves and what does it tell you about powering electric cars in the future.
Advertisement

I am thinking if the goal is to completely run our cars on solar energy in the future. Just like payphones quickly disappeared from our streets, in the same way gas stations and EV charging stations will probably disappear giving way to solar powered Teslas and Toyotas. Who knows, may be we will soon see other ICE car companies joining this movement just like we see Porsche and Mercedes announcing big plans for electric cars.

Tesla Model S owners and shareholders are debating if the SolarCity's acquisition is good or bad for Tesla.

The opponents say Tesla saved SolarCity by using TSLA shareholder money to buy more problems. Just the cash burn rate of SolarCity is going to affect Tesla's cash flow. "What happened to needing more capital to start the model 3 production?," they ask. By the way, here is how Tesla can get capital today to finance Model 3 production and it will help the Model 3 reservation holders to pay for their cars starting today.

The proponents say this may be a good deal for Tesla's battery business and wishes Tesla focused on Model 3 production. Now the thing is if Tesla is going to be doubling destination and supercharger locations, this will help take them off the grid. Tesla's SolarCity deal may put Tesla not only ahead of other car companies, but also ahead of energy companies. Possibly Elon Musk's idea is vertical and horizontal integration to chew up production demand.

Now this may mean two things for future Tesla cars. The first is that the solar panel technology will be advanced to such ha degree where by putting few panels on the top and sides of a car Tesla can generate enough power to have it go 200-300 miles and beyond. I think the range won't be an issue after that at all. However, this is in the midterm or distant future. While solar power is a great source of energy, it requires a great deal of space to make it worthwhile for transportation applications. Toyota Prius is going in this direction. Toyota is bringing back the optional solar panel on the roof of the car feature in the new 2017 Prius Plug-In, now renamed the ‘Prius Prime’, and it will reportedly be able to charge your battery pack to contribute to the vehicle’s electric range.

The second option is more realistic for the short term. Tesla may simply plan to charge your Model S, Model 3 and Model X vehicles by using solar energy for its superchargers. In other words, why pay energy companies and buy energy from them if you can develop a technology to get free energy from the sun.

I think one day you will not have to charge your EV from home either. It will charge itself fully from the sun. How far do you think we are from that day? In fact, Tesla hinted solar powered electric car charging, through proprietary charging connector in 2012.