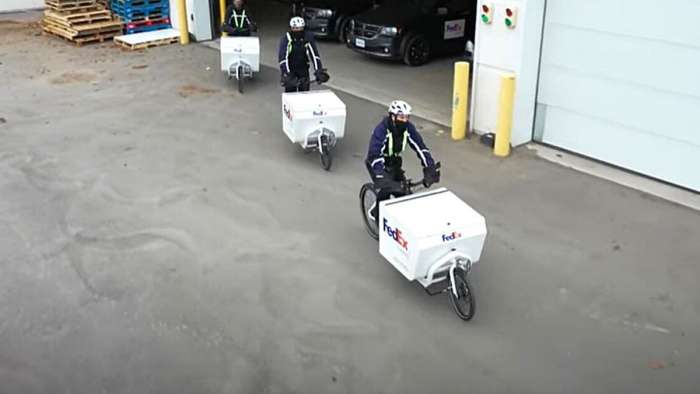 Fedex Starts eBike Deliveries as It's Running Out of Delivery Vans

FedEx starting a new eBike delivery program in Canada to reduce emissions, but also Torque News learned that FedEx is running out of delivery vans and this may be yet another reason the company is piloting cargo eBikes. In any case, the news is good for electric bicycle lovers and our environment.
Advertisement

According to CBS News, "A pilot project in downtown Toronto is testing e-cargo bikes for FedEx deliveries. The idea is to reduce carbon emissions from all those trucks on the road making deliveries for Canadians' online purchases during this pandemic, while also reducing companies' delivery costs."

While Fedex deliveries through eBikes may seem a cool novel idea, China has been doing this for a very long time. China today has over half a billion bicycles and 200 million eBikes. Apparently there are 1,200 eBike manufacturers in China. FedEx and DHL already do eBike deliveries in Paris. The Netherlands, where eBikes are very popular, also has eBike cargo deliveries.

While this is a small start in the American content, it's still very encouraging, especially now, when there are more talks of a possible Tesla eBike, designed by Kendall Tuernerr. Tesla isn't dominating the eBike market, but some other companies, like the BH Bikes, are making some great advances with longer range electric bicycles.

There is another problem that the parcel delivery industry is experiencing these days. Due to the phenomenal growth in online sales, delivery vans are starting to run out. At least, this is the reality that some retail giants are experiencing, including FedEx, Daniel Rufiange reports at Auto123. 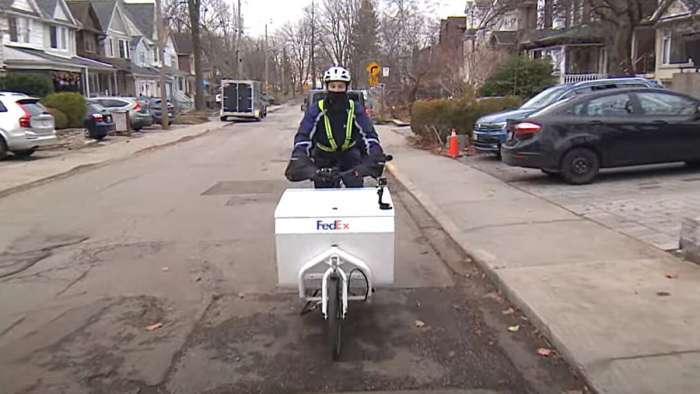 This has driven up costs for UPS and FedEx, among others. The latter urged the car rental companies it does business with to buy as many vans as they can, Bloomberg reported on Wednesday. “If there’s a cargo van out there, we’re trying to buy it," says Brendan Keegan, CEO of vehicle supplier Merchants Fleet to Bloomberg.

While FedEx says the shortage will not reduce its ability to deliver packages, it is weighing on its profit margins, Bloomberg reports.

And here come the electric bicycles, which we have already reported that are great companions to electric vehicles. Now it appears that eBikes can be great companions to parcel delivery vans too as FedEx is piloting this new program to make cargo deliveries with eBikes, which have good performance and extended range.

And the range is growing - new brands of cargo bikes are being added, the bodies are becoming more inventive. Customers no longer only have the choice between a loading platform and a loading box: there are watertight or crash-optimized boxes, footrests and children's doors, shock-absorbing seats, and leak-proof feeding bowls - if the dog is traveling with them. Compact cargo bikes are emerging that combine a high payload with the maneuverability of a normal bike, plus two-lane models with tilting technology - so that the load does not tip over.