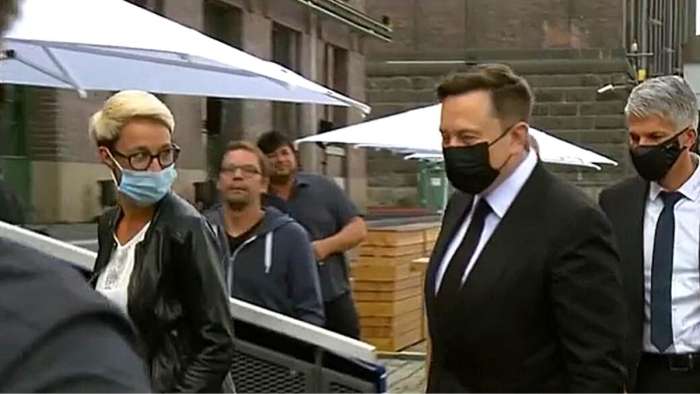 Elon Musk's Day Ahead of His Visit To Tesla Giga Berlin

Many people were expecting that Elon Musk would today visit Tesla Giga Berlin and were gathered at the entrance to greet him: both the supporters and opponents. However, despite Tesla employee confirmation the visit didn't happen because Musk had a very busy schedule today in Berlin.
Advertisement

According to the Brandenburg state government, the opening of the Tesla factory in Grünheide (Oder-Spree) is still planned for summer 2021 despite the Corona crisis. The state chancellery in Potsdam announced that this was discussed at a meeting between Tesla CEO Elon Musk and Brandenburg's Prime Minister Dietmar Woidke (SPD) in Berlin. The first cars should roll off the production line in the summer of next year, reports RBB 24.

Afterwards, Woidke called the conversation "very pleasant and focused". "Elon Musk deals with all the details of the Grünheide gigafactory," said the Prime Minister. He emphasized: "We still have a lot of work to do." The planned car factory is already showing a "pull effect."

Woidke also stated that he actually wanted to meet Musk in California in April. Now they want to "write positive history" together, said Woidke. Brandenburg's Minister of Economic Affairs Jörg Steinbach (SPD) also attended the meeting. After the meeting Steinbach wrote a tweet thanking Elon Musk for choosing Grunheide for Giga Berlin and putting his trust on them.

@elonmusk Dear Elon, thank you for your time today! Thank you again for choosing #Grünheide as the location for #Giga4 and the trust you have placed in us. Our meeting has been inspiring and motivating. Always welcome to Brandenburg and come back soon! Photo copyright @Gf4Tesla pic.twitter.com/yhvYTmsth4

In the late afternoon, the Musk was going to visit the Giga Berlin plant, but that didn't happen today, although it was confirmed by a Tesla employee at Giga Berlin.

At noon, several dozen supporters and opponents of the project gathered at the building site. The opponents carried banners with inscriptions such as "No industry in the water protection area" or "Deprivation of nature and groundwater". The company wants to produce both e-vehicles and batteries in Grünheide in the future. The complete environmental approval for the project by the state of Brandenburg is still pending; among other things the water consumption is controversial. 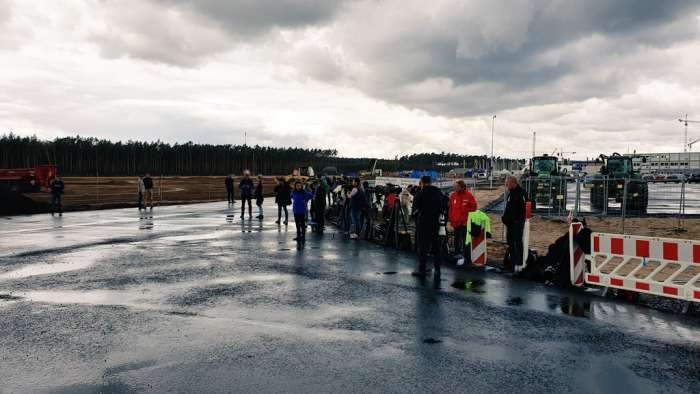 Nevertheless, the topping-out ceremony for the factory is to be celebrated on Friday, as the RBB learned on Wednesday.

Tesla plans to produce around 500,000 vehicles a year in Grünheide from next summer, and around 12,000 jobs are planned for this, according to the company itself. Because the project has not yet received full environmental approval, Tesla is building it on the site own risk. The is that Tesla will start from the Model Y. By the way, speaking of the Model Y: elsewhere in China Tesla just received an important approval from the Chinese EPA that gets it closer to producing made-in-China Model Y at Giga Shanghai.

In Berlin, Musk met members of the Union parliamentary group in the Bundestag on Wednesday. According to information from participants, Musk wanted to speak to Economics Minister Peter Altmaier, Health Minister Jens Spahn and Union faction leader Ralph Brinkhaus (all CDU).