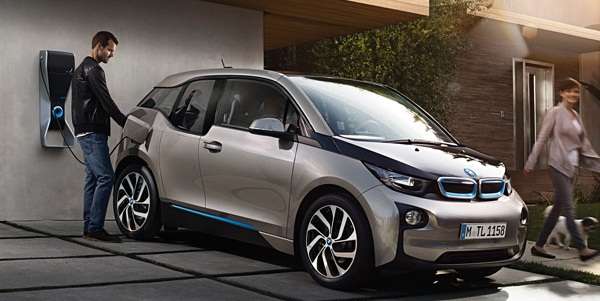 DC fast charging: to order or not to order?

I was following an interesting discussion on BMW i3 Facebook group in which one member asked the community that his dealer was offering to add DC fast charger, and whether he should order it or no. The subject is of interest to many BMW i3 and EV owners in general, so I decided to paste it here.
Advertisement

Here is the discussion at BMW i3 group.

Mike Angier asks:
To order DC fast charging or not? My dealer called last night to see if I wanted to add it to my specs, but I haven't called him back yet. I am not an Electronaut (MINI E and ActiveE not available here in central Virginia), but I am #2 on the list. Are (most) participating dealers installing L2 chargers or DC fast chargers or both or neither? I know if it will be worth the $700......DC/VA/MD rapid chargers popping up anytime soon?

Tom Moloughney
All i brand dealers will have 1 or 2 L2 EVSE's outside and accessible 24/7. Dealers are not required to install DC quick chargers, but BMW is working on a program to support them if they indeed want to install one. I suspect the rollout of the CCS quick chargers will be slow, but you never know. Are you buying or leasing? In the immediate couple years you will likely not see many but if you are planning on keeping it for a while the $700 is a wise decision. If you don't get it and then a few chargers pop up in your area you'll wish you did. It cannot be retrofitted at a later time.

Troy Scrapchansky
I didn't order it here in CT, due to the lack of infrastructure, although I will now be getting it for free. In VA I'd only consider it if I were a.) buying; b.) routinely doing long trips on the I95 corridor through DC.

Matthew T Nelson
I don't think it's worth it if you lease or are located in the eastern US.

Nataraj Venkat
I didn't get to use QC on first 2 years of my Leaf lease - even though there was a federal program worth 100s of million $ to install chargers. I'd suggest against getting QC if you are leasing. If you are buying - I'd advice against buying

George Betak
Matthew, I would qualify that with "if you lease and are in certain parts of the country". Even then, the infrastructure could get built out sooner than you think. When purchasing the i3 outright, especially without REx, I would get the QC port regardless due to better resale value.

Chris Lynch
As a Leaf owner who will be leasing an i3, the fast charging is a major benefit. Don't assume that just because there aren't many near you now that there won't be in a year. I got the first Leaf in Seattle, and there were zero quick charging stations. 3 years later and there are now enough of them that I use them when I really need it.

George Betak
Chris, exactly. I opted out of the CHAdeMO port on my LEAF, which like yours might have been one of the first in the country, and have later regretted that decision. I owned it outright, and some buyers would not touch it because of the missing QC port. Something to keep in mind. It's not easy to make these decisions without proper context.

John Goreham
What a bummer that it is not standard.

Troy Scrapchansky
Standard for us Electronauts. Probably because most of us are leasing and it will increase resale value when we turn them in 3 years from now when DCQC in infrastructure is finally beginning to be built out.

Nataraj Venkat
Chris Lynch Are you the one who took Leaf in that ceremony in Seattle in December ?

Joanne Maser
That is a great realization... stuff that will make BMW resale of lease cars more salable at lease end..brilliant on their part..how about some respect for all our contributions.

Chris Campbell
Said many times here: the DCFC port is the one "option" on the i3 that should NOT be considered optional at all. Get it, period.

David Kelly
If you (and everyone else) do not get the DC charging option then there will not be any motivation for anyone to install DC chargers. I think $700 is pocket change in the scheme of things. That is a lot of charges to recoup the $700 but who applies that kind of economics to the sound system, seats, wheels, special paint, etc? Thats a rhetorical question because I apply inexplicable economics to my choices. I'll buy nice seats if I like them. I'll buy a nice sound system if I like it. But will almost never pay extra for wheels.

In my case the soul searching was over $3700 for the Twin Charger option on a Model S. The 85 kWh model already has DC charging. The question was whether it was worth that to be able to charge 60 MPH vs 30 MPH at home or at a Tesla friend's house via 240V AC. I declined in favor of the $1500 red paint.

Now Tesla is offering a CHAdeMO adapter for $1000. I'll probably eventually have to have one. But fortunately its an external adapter so I can easily change my mind after the fact.

Andy Fisher
Considering that the i3 can't quickcharge from AC, it really does make sense to get the DC quick charge option. I3 won't go above 7kW on AC, I've been told- no good for charging during a journey. I've quick charged on AC a few times in my Zoe and would miss it- even though I've ordered a Rex.

George Betak
Andy, AC quick charging is ingenious but virtually non-existent in the US. The only EVs that allowed it were the MINI-E and the eBox. Both had drivetrains from AC Propulsion. Also, Tesla Roadster allowed 20 kW AC.

Andy Fisher
I know, I was posting for Europeans who might read the post- we have AC and DC quickchargers on motorways, but bmw don't mention (clearly) that you can't quick charge from AC.

George Betak
Andy, many readers from Germany would mention a 3 kW limit on AC single-phase for the i3 in Germany and Austria. Would you know anything about it?

William Davis
Do it, regardless of purchase or lease. Just consider it as part of the base price, even though BMW didn't.

Martin Messer Thomsen DC fast charge is a must, due to resale value!

Martin Messer Thomsen
Many countries in Europe can have AC 16A 400V 3 phase = 11 kW charging at home. Some can have 22 kW at little extra cost. But only Renault ZOE and Smart ED3 can do that. It makes a big different when you can semifastcharge at home, then you are not so dependent on public infrastructure.

Doug Martoccia In the DC area, do it. In North Dakota, don't bother. It may be a long, long time before rural areas get DCQC.

This ends the discussion here. What do you think? Please share your opinion and view in the comments section.

John Goreham wrote on February 5, 2014 - 5:06pm Permalink
Those colors are perfect for that car.
mike w wrote on March 9, 2014 - 8:25pm Permalink
As a Leaf owner without a D.C. port I can tell you its a mistake not to get the option. DC infrastructure is developing fast around the metro D.C. area with at least a dozen stations coming online in just the last 18 months. It is expensive, you have to pay the initial $700 and most dc fast charges will run you about $5 a session but it greatly increase the range that you can operate the car.