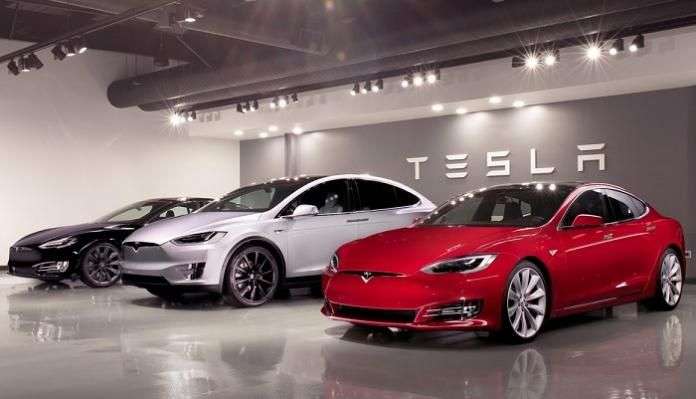 Because the battery is not powerful enough, a Tesla Model S doesn't provide the power that the manufacturer promised. This annoys the buyers of the electric car in Norway, who want to have compensation from Tesla.
Advertisement

They think Tesla has promised too much. According to a number of Norwegian Model S owners, who complained about Tesla, the car does not have the power specified and promised by Tesla. In it, the motorists see misleading advertising and demand compensation.

We are talking about Model S P85D vehicles that were delivered in 2015. Tesla had offered the model S P85D with an output of about 522 kW. However, the batteries could not provide enough power to develop full engine power. Tesla corrected the performance of the Model S P85D to about 350 kW.

Therefore 79 Tesla owners now complain about Tesla, according to a report in Dagens Næringsliv. They argue that the company has made false promises. They want a discount. Another lawsuit was filed by 38 Tesla drivers in the fall of 2017. In fact, one of the plaintiffs is investor Jens Ulltveit-Moe who met with Tesla CEO Elon Musk personally in 2014.

In 2016, 133 Norwegian Tesla owners had already complained for the same reason. Tesla agreed with them in December 2016 and paid everyone 65,000 kroner, the equivalent of 8,200 USD, or offered them benefits in kind for their car.

Is there an out-of-court settlement?

The lawyer of the 79 plaintiffs therefore sees good chances that his clients and the other plaintiffs will receive compensation from Tesla. If both parties do not agree out of court, the trial will take place in early June.

In total there are currently 1,201 Tesla Model S P85D registered in Norway. Norway is the country with the highest share of electric cars worldwide. Last year, for the first time, more cars were registered with electric or hybrid drives than cars with combustion engines. Tesla was on the list of the ten best-selling cars in Norway and was represented twice. The Model X took the fourth place, the Model S 8th place.

If this turns out to be a legitimate complaint it would be good if Tesla moves swiftly and settles this complaint out of the court. It would be even better if Tesla could reach out to other owners that may be affected by "too much promised" marketing and settle with them. Otherwise, the trust will be tarnished and that will very negatively affect Tesla. if you would like to share your opinions you are most welcome to write them in the comments section below for discussion. Do you think this case will be widened?

Guy wrote on January 16, 2018 - 12:00am Permalink
I have never driven at the rated speed, so I wouldn't know. Generally my range tracks at about 80% of the rated range, and my driving tracks at about 120% of recommended. I'm happy with the trade off. I love my Tesla and am grateful for the amazing innovation and excellence that made it possible.
Howard Marks wrote on January 16, 2018 - 11:05am Permalink
These people make me sick. They are opportunist spoilt brats splitting hairs on foolish issues.