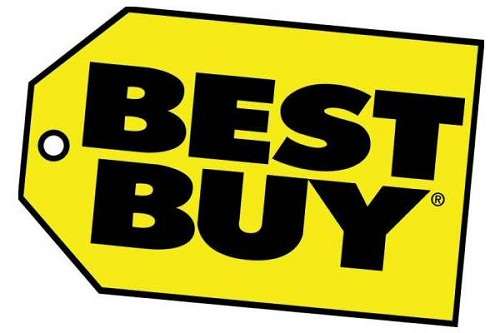 Best Buy says it is having talks with traditional automakers to sell electric cars in its stores and that the conversations with automakers are going well. Will this make the electronics retailer the largest EV dealership in the world?
Advertisement

The largest electronics retailer in the nation, which already offers home chargers for electric vehicles, is already talking to small and large automakers considering to sell electric vehicles in its stores. Imagine a startup, which makes small electric cars, all of the sudden having a dealership chain of more than 1000 stores.

One of Best Buy's senior directors Chad Bell, who oversees the retailer's efforts to get into mobility and transportation segment of the market, tells Automotive News that the company is now talking to start ups about selling electric cars. In fact, judging from what Bell says, the electronics chain already has some partnerships, which they can't discuss yet. "I would say the conversations are going well. We are very excited about several partnerships that we can't talk about yet," Bell says.

Best Buy already sells Brammo electric motorcycles. It also is winning contracts to install home chargers for electric car batteries for models like Ford Focus Electric and Mitsubishi i EVs. The company plans to start those installations later this year.

The retailer's move to enter into the market of selling electric cars may be a direct or indirect threat to those dealerships who hope to capitalize on selling more electric vehicles in few years. It is expected that electric car market will grow. In fact, in Connecticut the state officials are working to develop to more infrastructure to accommodate more alternative-fuel cars as the gas prices near the five-dollar a gallon mark. This will involve more electric vehicles in the state of Connecticut. On the other hand in New York Auto show the electric cars led the charge this year. There was a special EV Pavilion set up this year where the prospective customers could take the exhibited electric vehicles for a short test drive.

Still, there is some skepticism about how much Best Buy can threaten traditional dealerships. Patrick Rall, the managing editor of TorqueNews.com doesn't think Best Buy will cut into dealership business that much. "Both consumers and stores are going to have limited capabilities at a local store," Rall says. "For instance, I am not going to buy an EV somewhere that has an 18 year old high school kid selling it to me. Are they going to sell parts, warranties and service my electric car? Plus, how many vehicles is Best Buy really going to stock. Once more EVs hit the market, a Ford dealership might have 10 different cars to look at. Currently Best Buy doesn't have a showroom, so they might have few vehicles only. Another question is can people test drive them," adds Rall.

Rall agrees the retailer might be able to sell some cars, but says the management has to undertake some major storefront changes to really make a run at the dealerships. Say they sell the new electric Ford Focus and they only have one in stock. What if someone does not like the color or does not like the trimlines, such as the options on that vehicle? A Ford dealership will probably have a couple more of that car in stock in different colors and having different options, but Best Buy probably wont, just because of a lack of space, unless they have them all sitting outside.

"I just cant imagine that best buy will be able to give the customer a really good look at the vehicle being sold, unless they stock a bunch of cars and have a showroom. Dealership salespeople are trained to sell a car. This means Best Buy will have to hire those people or better train its employees to sell cars," says Rall.

Ron Harrington wrote on May 11, 2011 - 8:48am Permalink
Best Buy should be looking at the LSV market. Such as Club Car, Easy-Go, or Gem Carts. This seem to me to be a better fit for the.
Charles Sailor wrote on May 12, 2011 - 5:24pm Permalink
I am a senior that drives less than 40 miles a day. ie. Church, all stores, ball game, etc. I feel the 35mpg elect. car would be perfect for me if we would reduce the 40 mile speed limits on some streets to 35. This would open up another line of automobiles to sell. I am ready to buy something better than a golf cart if I could drive it some where like above.
Anonymous wrote on May 12, 2011 - 6:34pm Permalink
Best Buy should things like my ZAPPY Pre mobility scooter. I would buy one from them. Car? I just don't know about that.
Denise Miles wrote on December 25, 2011 - 10:41pm Permalink
There are vacant dealerships all over, best buy should just lease one in each major market and hang the best buy sign on it please don't hire any lying sobs from auto sales experience, we want young fresh truthful sales assistance.as we expect from "Best Buy" fix the price to no haggling, send the used cars to a private lot or personal sale on e-bay do not touch neighborhood vehicles ! Stick with highway cruising "Real cars , electric or plug-in hybrids only. make the political statement,"They are mostly cars, but not the old Detroit Iron." More fuel efficient sure but that BMW that gets 35 MPG will never pay for itself on fuel savings, EVER! So stress the ecological benefits and weekly fuel savings in budgetary family cash. And advertise in the media about what great "Chick" catchers they are,(so economical you have money for partying!) and how the neighbors will complain because you got one first and they are paying $5.00 per gallon, woe is me... "Smart people drive Electric, Dumb and Non-patriotic drive using gas or diesel spewing that stinking exhaust.