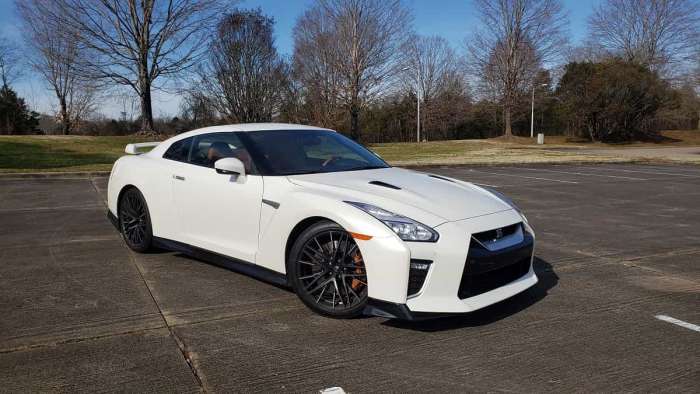 The 2020s will undoubtedly not be that of sports cars with 100% combustion engines, but the legendary Nissan GT-R returns for 2021 with high performance, new excitement, and displaying unparalleled refinement.
Advertisement

Halfway between an exotic car and a sports car, the Nissan GT-R is quite classy, and, I think, that's kind of what kept it on the market for so long without changing. The GT-R is not the kind of car that makes a list or that you want to compare to other models. It made its mark and is the industry's elite when it comes to performance at a low price. Finally, everything is relative, because the GT-R is far from being within the reach of all budgets, but let's just say that it manages to compete with cars that cost double or triple its price and even more.

The 2021 Nissan GT-R is still powered by the same 3.8-liter twin-turbo V6 engine. In the regular version, this composition boasts an output of 565 horsepower and 467 lb-ft of torque. The latter has been enhanced for the Track Edition version (GT-R Turbo) to reach 600 horsepower and 481 lb-ft of torque. In short, the Nissan GT-R is able to shoot down the 0-60 in less than 3.4 seconds in addition to reaching a top speed of over 186 mph. It must be said that its state-of-the-art 6-speed dual-clutch automatic transmission and all-wheel drive, which was probably programmed by an engineer from the future, help a lot.

The 2021 Nissan GT-R is a beautiful sports-car. It has emotions and a unique character and as a bonus: it is a car that is not terrifying to use on a daily basis unlike a Ferrari or a Lamborghini for example. In fact, see the one feature that sets 2017 Nissan GT-R apart from all others. 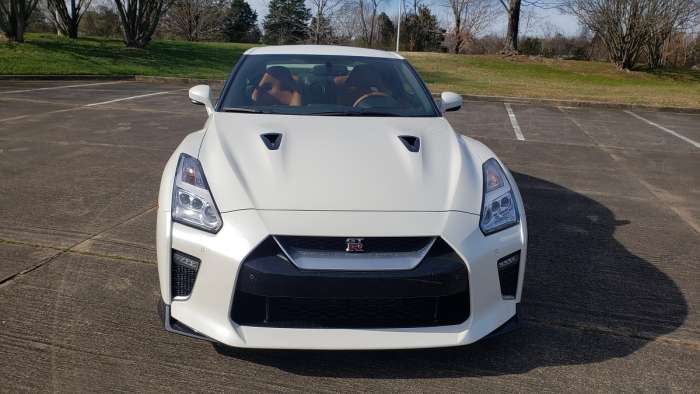 "It must be said that the 2021 Nissan GT-R's angular and racy design is so different from what we find on the market in general that it can hardly be compared to anything," writes Jean-Sébastien Poudrier in Auto Aubaine. And the ironic part is that more and more manufacturers are betting on a design similar to that of the GT-R. "This means that the GT-R will be up to date for quite some time," notes Poudrier. In short, it proves once again that the Nissan GT-R was a car ahead of its time when it arrived on the market.

The interior design of the GT-R is perhaps the only element that betrays it on its age since the design of the dashboard is very 2000s. It is far from being a bad thing in itself and it has nonetheless been substantially modernized since its introduction on the market. In fact, the styling of the dashboard is now part of the model's signature, and offering it a radical change would be too great a risk to the model's reputation. 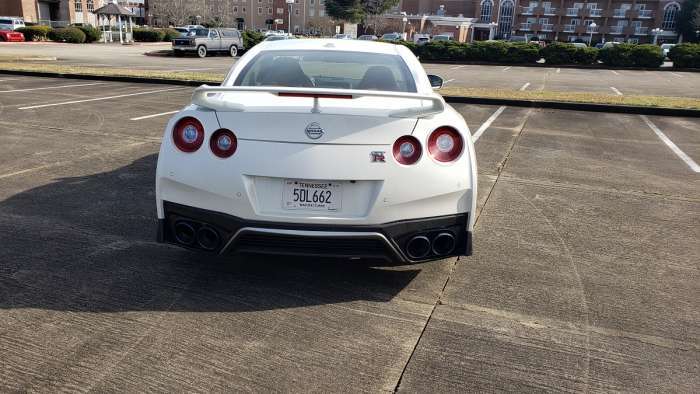 The switches located under the climate-control buttons are meant to set up your suspension in a sporty manner. The Owner’s Manual calls this the “VDC, Transmission and suspension set up switches.” According to Nissanguide.com, VDC, (vehicle dynamic control) “uses various sensors to monitor driver inputs and vehicle motion.” In other words, the VDC determines whether or not to let the engine release its power. 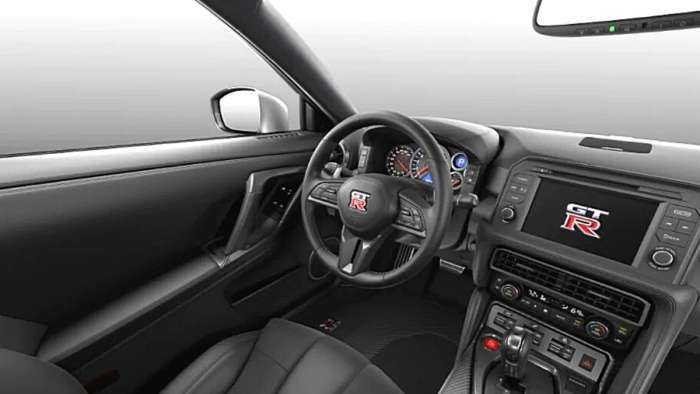 The 2021 Nissan GT-R offers the option to turn off the VDC system if you want your GT-R to go faster on command. The two other switches located next to the VDC switch allow the driver to control the suspension settings and control the transmission settings as well. The switches are indicated to let the driver select the drive mode for either component of the car. Perhaps you want to go fast, but have a soft suspension, then you would simply turn off the VDC switch and the transmission, but keep the suspension where it is. This switching layout kind of looks like the 2021 Ford Mustang Anniversary Edition. In that car, above the shifter are three switches that turned off traction control and other sport components.

The 2021 Nissan GT-R is offered in two versions (Premium and NISMO models) starting with the Premium version which acts here as an entry-level model, but I assure you, we are far from being the basis of everything, especially with a price starting from $113,540. Just two other options are available with the 2021 Premium: an All-Weather Package, which includes Dunlop® all-season tires and unique coolant/water ratio; and the Premium Interior Package, with hand-stitched semi-aniline leather interior appointments. NISMO starts at $210,740. 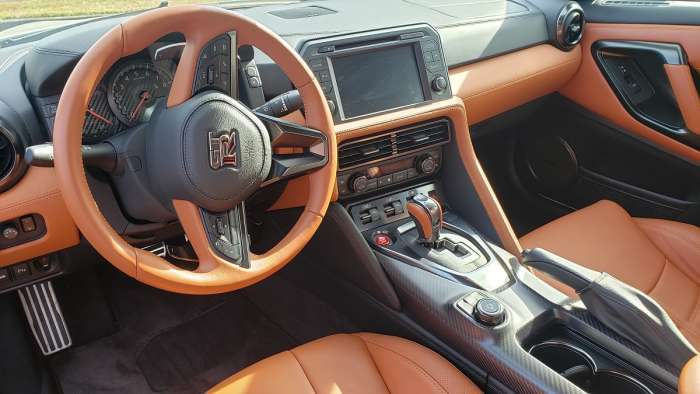 The 2021 Nissan GT-R drives like a sports car. I think the interior of the GT-R could use a facelift. It's a car with exceptional performance. I think it is more functional than the majority of sports cars on the market thanks to its rear seats and its trunk. Its all-wheel-drive makes it even appreciable during the cold season. 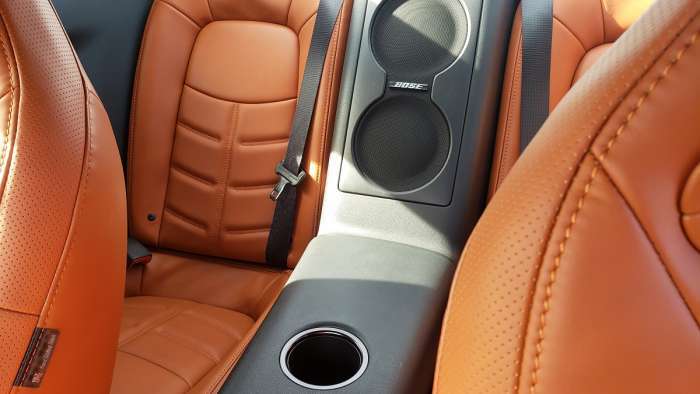 What's Next for GT-R?

Expected in the course of the year 2023, the next generation of the Nissan GT-R could adopt a hybrid powertrain inspired by competition. Indeed, as our colleagues at Automotive News affirm, the next generation of the Nissan GT-R would most likely adopt a hybrid engine. Strictly speaking, this would not be rechargeable, but the energy would be recovered via regenerative braking, a technology largely inspired by the world of competition. It remains to be seen which engine will be used on this new version and whether the all-wheel-drive will be preserved.

DeanMcManis wrote on January 20, 2021 - 4:24am Permalink
I always liked the Nissan GT-R because it was Nissan's halo car, and it was a European supercar, giant killer. Back in 2008 when the first new GT-R came to the U.S. with a sub $70K MSRP it offered performance that rivaled exotic European performance cars that cost more than twice as much. But like the original NSX, the design and performance was largely unchanged over the years, while the price crept up to today's $113K, $211K cost. It's still relatively inexpensive compared to the pricey European supercars, but it pretty much looks the same as it did more than a decade ago. Which is far from exotic. Now if Nissan offered today's GT-R drivetrain with their Gran Turismo body, it would be a big hit again. But performance cars like the C8 Corvette look far more exotic, start at under $60K, and even the base model C8 is nearly as quick as the GT-R to 60MPH. On the other side of the spectrum, cars like the upcoming Tesla Model S Plaid will offer performance quicker than ANY other production car, with a price starting under $140K. So comparatively the GT-R desperately needs a refresh inside and out to stay in the game, otherwise it will suffer the same fate as the original NSX. Which was unchanged for years and faded from the world's interest. I always thought that Nissan would put the potent GT-R drivetrain into one of the beautiful Infiniti concept coupes over the years, but it never happened. The closest that they got to the performance value of the original GT-R and the sleek Infiniti styling was the $60K, Q60 Sport 400, with AWD and 400HP, which ended up falling short of the promising styling in real world reviews. For the iconic GT-R, a refresh is planned in the next few years, including an updated hybrid drivetrain like the new NSX. But will it be too little, too late?