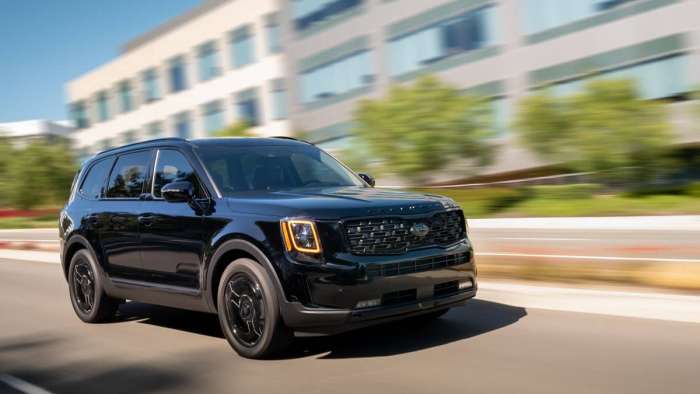 The 2021 Kia Telluride Is a Great SUV With a Compromise

What sets the 2021 Kia Telluride apart from other vehicles in its class is its excellent value for money, nothing less.
Advertisement

Kia Teslluride is named after a small and beautiful Colorado village nestled in high elevation. The vehicle's design was sculpted in Irvine, California. Its assembly is made in a factory in Georgia. Despite being a huge South Korean conglomerate, Kia Telluride is almost as American as a can of Coca-Cola. Behind this Americanness lie deep reflection and a real understanding of the needs of the North American market.

The 2021 Kia Telluride, a mid-size SUV, is built on a unibody platform like the Hyundai Palisade, its cousin. But, beyond this observation, Telluride elegantly distinguishes itself by cultivating its own visual identity. Speaking of Hyundai Palisade, last year I did a review comparing the 2020 Palisade to the 2020 Telluride, showing the difference and vast similarities.

Here are the trims and prices of the 2021 Kia Telluride. 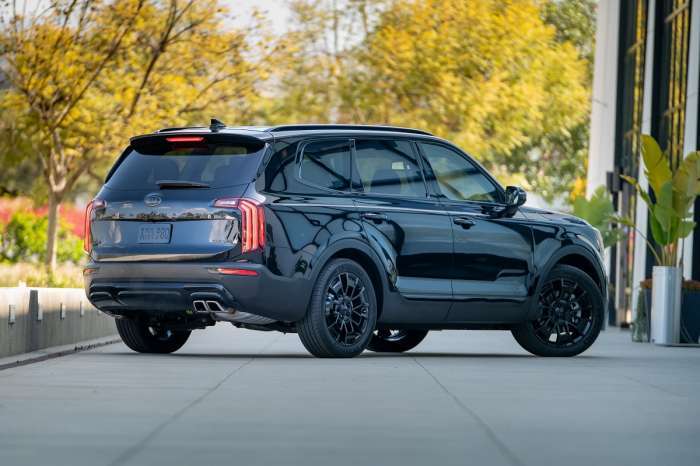 The Telluride is equipped with standard all-wheel drive, which levels things up a bit and sets it apart from the 2021 Sorento. Despite this state of affairs, the mid-size SUV displays a truly luxurious character that transcends its price.

While Kia was lauded for its small cars just a few years ago, the Korean manufacturer is now the big SUV specialist. Despite its recent introduction to the market, the Kia Telluride is already very popular and seriously questions the competition because of its excellent value for money.

Kia's large SUV has everything it takes to really please. The 2021 Telluride is beefy, but it is nonetheless elegant. It is competent, spacious and functional, but it remains comfortable and benefits from some really good technologies. The audio quality, when connecting your phone, is excellent. The best part, however, is that the 2021 Telluride remains within the reach of most budgets. Unlike the majority of other manufacturers who try to sell their brand at a high price above all else, Kia as well as Hyundai and Genesis want to please consumers with products that are perfectly suited, affordable and above all without major shortcomings, because the first thing you might think of buying a Telluride is that you will have to come to terms with important compromises. Yet, far from it, this is not the case.

As turbocharged four-cylinders continue to gain traction, the Telluride is the manufacturer's latest V6-powered model. With 3.8 L of volume, this direct injection engine offers 291 hp and 262 lb-ft of torque to convince. While these numbers seem rather modest, Telluride does not give the impression of lacking power. With an average consumption 21 MPG, 19 in the city and 24 MPG on the highway the Telluride is perhaps more greedy than the majority of vehicles available on the market, but when compared to other large SUVs from its category, let me tell you it is about the right average.

Being still young, we didn't expect Kia to bring us anything new for the 2021 Telluride, but it does. Additional Kia Telluride changes for 2021 include expanded paint color availability across trim levels, a remote engine start button on the SUV's key fob, LED headlights as part of the EX Premium Package, and an upgraded trailer towing harness to a 7-pin design. 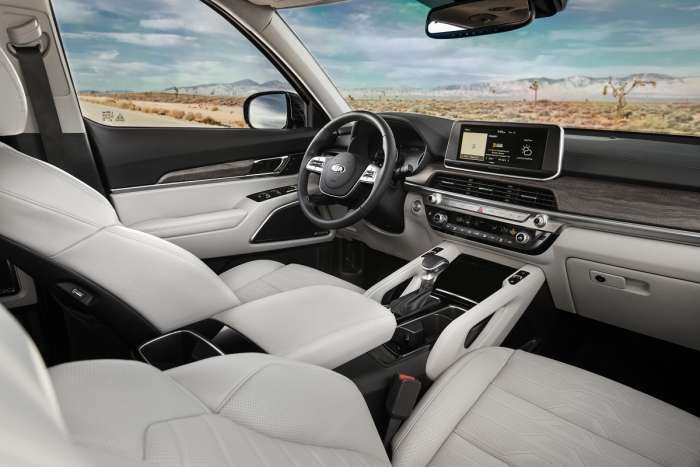 As for the interior of the 2021 Kia Telluride, no major changes to be expected, but that's not much of a problem, since the current formula is already perfect. The biggest change is the addition of the Nightfall trim, which includes some blacked out goodies, special wheels and some other accents that are really going to make your Telluride stand from the rest of the crowd. Telluride offers several color combinations for the interior as well as different configurations. Like I said, it simply meets the needs of the majority of people in this category.

Like the other models in the Kia range, the Telluride emphasizes its technological component to entice the buyer. We thus have as standard a latest-generation multimedia system encased in a large 10.25-inch screen well integrated into the dashboard. Tactile, it displays a quick navigation in the menus without a hitch and very intuitive. The GPS system is integrated at no cost, just like Apple CarPlay and Android Auto. There are some rather original features, including a microphone system that amplifies the driver's voice for the rear passengers and a feature that deactivates the rear speakers to avoid disturbing the peace of mind of the passengers. Speaking of sound, the Harman Kardon system, which can be found in three of the four liveries, offers a halftone rendering.

I think the 2021 Kia Telluride is reliable, fun to drive and very competent SUV. What sets the Kia Telluride apart from other vehicles in its class is its excellent value for money, nothing less. Without being a symbol of comfort, the back seat of the Telluride can accommodate passengers of average height. Despite the presence of a bench seat in the rear, the Telluride offers 601 L of storage when opening the tailgate, a space that increases to 1304 L once the bench is folded down. 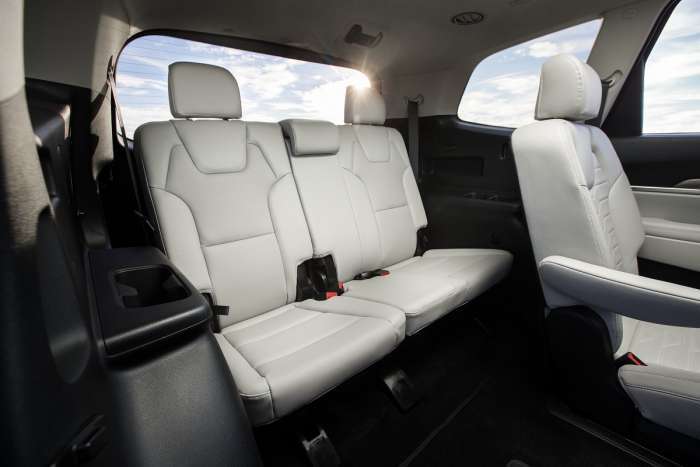 The 2021 Kia Telluride proves that the Korean manufacturer has done its homework, even if it has never really offered a vehicle in its class. In short, the Telluride is already establishing itself with respect and gives us the impression that it has been on the market for several years, which is clearly not given to all new models. I heard that the average time the new 2021 Telluride stays at a Kia dealer lots is six days. That's how popular this vehicle has become.

Sascccc wrote on March 18, 2021 - 9:30pm Permalink
The Telluride does NOT come standard with AWD. The upgraded sound system is only available on the SX
Moe Twomly wrote on March 28, 2021 - 5:15pm Permalink
True. I have been research ing the car
Dave wrote on April 1, 2021 - 4:15pm Permalink
Just purchased an LX model Telluride. The dealer added $2000 to the MSRP. Also refused to honor the Costco buyer's service discount. Apparently, this is standard operating procedure for Kia dealers with the Telluride.

Toyota's First EV Will Have a Name of BZ: Toyota BZ
First Videos From Inside The Boring Company's Las Vegas Loop
END_OF_DOCUMENT_TOKEN_TO_BE_REPLACED