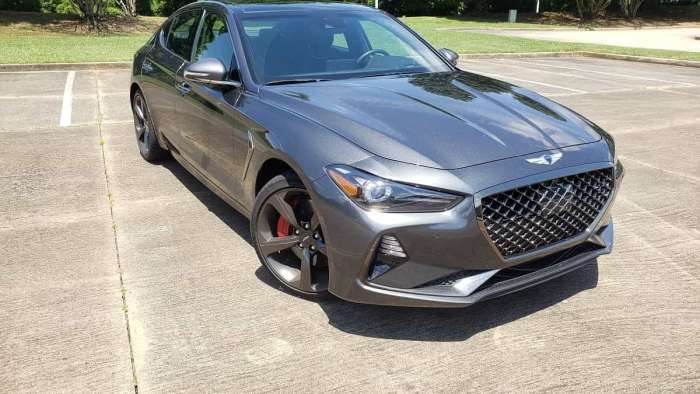 This week Torque News reviewed the 2020 G70 RWD 3.3T Sport. G70 has received numerous awards from the hands of various organizations during its few years of existence. The Good Design Award for 2018, North American Car of the Year 2019, JD Power's Best Initial Quality for 2019, IIHS Top Safety Pick plus Top Choice, and the list goes on. Let's see what makes the 2020 G70 so special.
Advertisement

The world of luxury compact sedans is very competitive. Genesis knows this all too well. The G70 is intended as a promising first draft which leads us to believe that, in the future, the Germans will have to start to worry.

It is difficult for Genesis to impose itself in front of prestigious brands which have more than 100 years of history. Genesis nevertheless arrives in the game by proposing a solid product to its German and Japanese opponents with the 2020 Genesis G70 RWD 3.3T Sport, which Torque News has been reviewing this week.

The 2020 Genesis G70 that I drove for a week is relatively unchanged from the 2019 edition. The model has only been around for three years. The biggest change is actually the addition of a new variant, the 3.3 T Prestige.

This version was created to meet the demand of Genesis customers. They wanted a more powerful engine with the more luxurious Prestige version. Previously, only the Sport version could get it. This 3.3-liter turbo V6 engine produces 365 horsepower and up to 376 pound-feet of torque, more than enough oomph to move this compact sedan forward. 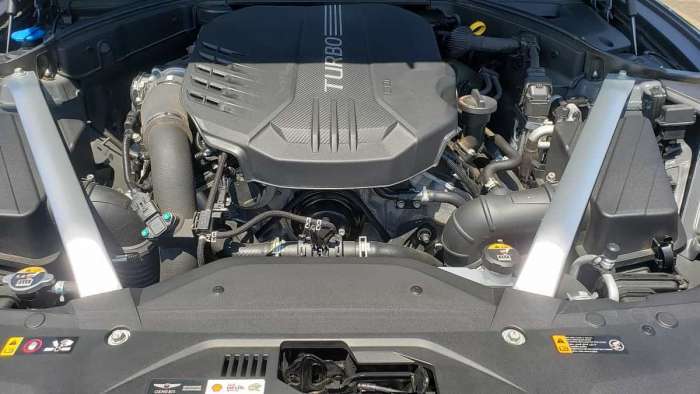 When it comes to long-term reliability of the 2020 Genesis G70, it's too early to comment on this. After all, this vehicle has only just been marketed. Few owners have driven a lot with their Genesis . We will have to wait a few more years, and after that we will know more about the reliability of the Genesis G70. Yet, the G70 is off to a good start. According to JD Power's Initial Quality Survey (IQS), the Genesis brand ranked number one in initial quality in 2019.

This means that within the first 90 days, owners of Genesis vehicles reported fewer issues than any other brand. For example, Toyota owners - long synonymous with reliability - reported 90 problems, while Genesis owners only reported 63.

The G70 is a very beautiful car, there is no denying it. Its proportions are perfectly calibrated and balanced and the body, which somewhat suggests that of a coupe, has a wide grille and piercing headlights which give the car an aggressive appearance nonetheless. The vehicle's position on the ground is also well camped. The model differs from the Sport version with two-tone wheels (instead of black), chrome elements and the lack of details that would serve to attract the kind of driver who likes to ride with leather gloves. 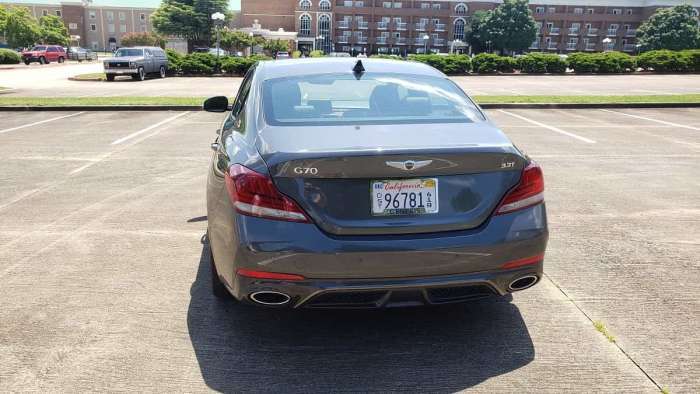 When you get in the car, you are greeted by a high-end interior presented by very comfortable front row seats. 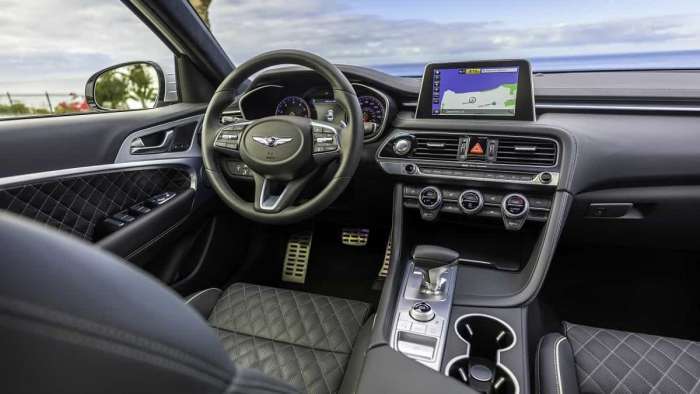 The layout of the interior of the 2020 Genesis G70 is relatively undeveloped for the category and some might disapprove, say after a BMW experience, a lack of sparkle. True, but simplicity has its advantages. Granted, the interior is a little less luxurious than that of a BMW or Mercedes, this simplicity with the infotainment system contributes to the lower price of the G70. Yes, the BMW and Mercedes have more sparkle and luxury in their interiors, but that comes with a hefty cost and higher price.

That said, the screen is, at eight inches, almost small compared to others in the category. If size matters to you when it comes to the multimedia system, you will be disappointed. However, Genesis mimics Hyundai by providing several redundant buttons that allow you to access some basic controls when you don't feel like “stepping into” the system.

The Value of G70 for The Money

When it comes to the value for the money, Genesis takes the Hyundai recipe. It offers many features for the price. The Prestige version, the most luxurious model in the range, has it all. Notably, it comes standard with leather seats, a head-up display, heated dual-row seats and ventilated front seats, as well as a high-end 15-speaker audio system.

In terms of security, the offer is also quite generous. There is emergency braking with pedestrian detection, a blind spot monitor, rear cross-traffic assistance, automatic high beams, lane-keeping assistance, etc.

Once you start driving, you will appreciate the sporty calibration of the chassis. The steering is tight and precise and I have never felt an unwanted slack when changing direction, either a little or a lot.

For those who want more control over the handling of the car, there are paddle shifters on the rear of the steering wheel, but the eight-speed automatic transmission operates so smoothly and competently that there isn't much of a net benefit to doing this job manually, at least when it comes to driving dynamics. Just switch to Sport mode to maximize the fun. Among other possible settings adjustments, the transmission maintains each gear long enough to increase the feel at high revs.

The acceleration is extremely impressive, and it's matched at the other end of the spectrum by the Brembo brakes which bite hard when it comes to holding the G70 down.

In reality, the G70, despite its plush interior, drives like a sports sedan. The fact that this car fits more with this profile than a real family car is all the more evident when one sits in the second row of seats.

The 2020 G70 has five configurations. Here is the MSRP pricing of each.

I enjoyed test-driving this vehicle. What you get here is a premium, well-equipped sports sedan. In this car I particularly loved driving dynamics, comfortable seats, quality interior finish, value for money and the very nice appearance. Let me know please what you think of the 2020 Genesis G70 in the comments section below.