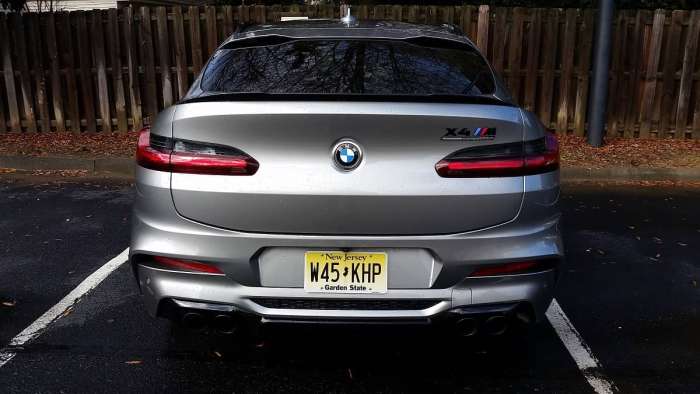 BMW creates fury in the increasingly crowded world of SUVs with its 2020 X4 M Competition. It promises harshness and beauty for buyers who want to sit higher.
Advertisement

According to BMW's own terminology the 2020 4X M Competition is a SAC vehicle, which stands for Sports Activity Coupe. But it does look like an SUV and doesn't change the public's appetite for anything SUV. In fact, BMW continues the top luxury subcompact SUV tradition.

The BMW X4 is already a very popular car. Because of this popularity there is no shortage of demand for a more dynamic version. Here comes the X4 M Competition, which places BMW in the exhaust systems of the Alfa Romeo Stelvio Quadrifoglio or the Porsche Macan. The competition between these three cars is, therefore very strong, but of course, M never hesitates to take up a challenge.

The New Changes in The 2020 BMW X4 M Competition

The engine of the X4 M Competition is a brand new six-liter, three-cylinder in-line 3-liter developing 510 hp and 600 Nm. The chassis has also been reinforced, and the BMW X4 M Competition also benefits from the M xDrive borrowed from the M5 . This all-wheel drive sends power to the rear wheels as much as possible.

The crankshaft has been forged, which results in greater torsional rigidity. The car is somewhat rigid and harsh. The cylinder heads come from a 3D printer, which allows geometric shapes which are not possible with traditional molding processes. Finally, the cooling system and the oil supply have also been considerably improved.

How the X4 M Competition Drives

In my test driving I can confirm that the 2020 BMW X4 M Competition has character. The stiffer stabilizer bars, the adaptive shock absorbers, the M5's M xDrive and the electronically controlled M differential on the rear axle mean that the X4 can now be called without hesitation: "racing SUV". This is why above in this review I used words like harsh and rigid.

Yet, as one Belgian reviewer notes it, the new "X4 M Competition remains subject to the laws of physics." The car weights almost 2 tones. You can't ignore this weight, especially when cornering. I tested it driving nearly 100 miles a day and can confirm that despite its rigidity and high price you are in good hands with this car.

It's got perfect trajectories and a good set of tires. These are essential things to get the most out of this vehicle.

The X4 M Competition's system is very permissive, making it easy to take a half turn of the steering wheel in counter-steering. The Pirelli Scorpion tires have a good grip. 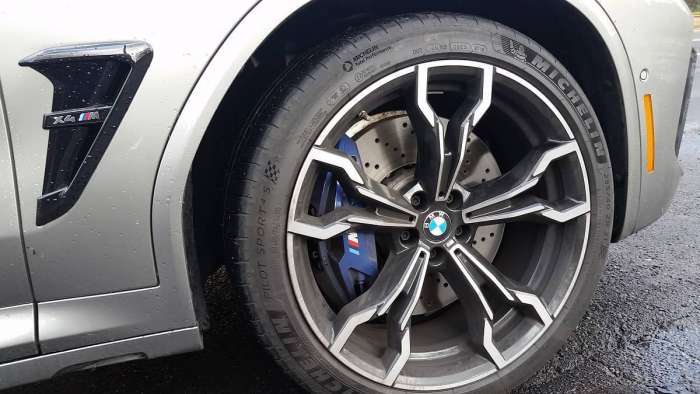 In addition to the Competition model's increased power output, it also brings a standard sport exhaust system, larger anti-roll bars, and 21-inch wheels, plus the all-important Competition badge that sits beneath the X4 M emblem on the rear hatch. The 2020 BMW X4 M Competition reaches 0 to 60 in just 4.1 seconds thanks to its xDrive M all-wheel drive and its automatic 8-speed transmission.

The MPG of the 2020 BMW X4 M Competition is 14 MPG in the city and 19 miles per gallon on the highway. The city/highway combined fuel consumption is 16 miles per gallon. As a result, according to EPA, you the owners will spend $7,750 more in fuel costs over 5 years compared to the average new vehicle. 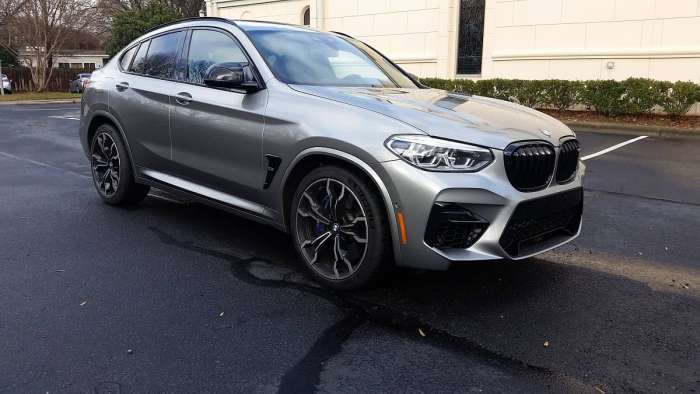 The Interior of the 2020 X4 M Competition

The 2020 X4 M is a significant innovation. The interior of the 2020 X4 M Competition is a pleasant place. The roomy interior, the state-of-the-art infotainment system, the M Sport seats and the merino leather give the driver an experience expected in this price range. Speaking of the infotainment: see how clear is the screen when backing the car. 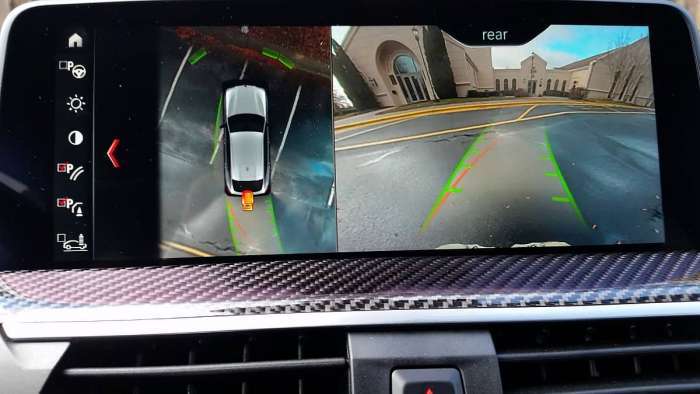 One thing I would like to bring to your attention are the addition of the M1 and M2 buttons on the steering wheel which allow high-end programming in in terms of chassis, propulsion and assistance. Each action on the M1 and ​​M2 keys requires confirmation - it is easy to forget - but the configurability is a strong point of this approach. 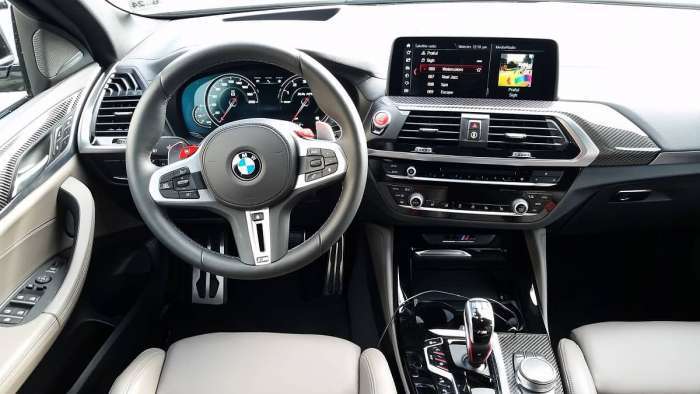 The X4M is a good long distance driver. The rear-seat passengers will enjoy a good comfort. The rear seats are a little short, and a slightly straight backrest. The headroom is just enough for an average-size man. The space remains perfectly viable on a long journey. 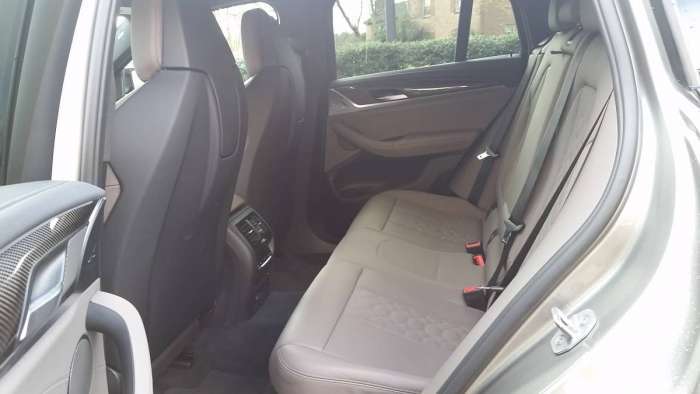 In absolute terms, the X4M is a good sports SUV. It's sporty and extrovert. And you should expect all these things if you have a disposable income to spend $85,000.

Let us know if you have driven the 2020 X4 M Competition and your opinion about this SUV. Also see what happened when Torque News reporter John Goreham put BMW run-flat tires to the test.

About the author
Armen Hareyan is the founder and the Editor in Chief of Torque News. He founded TorqueNews.com in 2010, which since then has been publishing expert news and analysis about the automotive industry. He can be reached at Torque News Twitter, Facebok, Linkedin and Youtube.

DeanMcManis wrote on December 22, 2019 - 2:28am Permalink
I have to admit that I have always been puzzled by the purpose of this kind of vehicle. It is an expensive, high performance, luxury version of a SUV/Crossover. In one way I see the need. I own three cars that accomplish the combined functions of this one. I own a very high performance 2 seat car, a regular SUV/CUV, and a V8 BMW luxury/sport sedan. So the part that I understand is that this beast does all three jobs together in one vehicle, and if you added up the new price of all of these very different vehicles, the BMW X4 M Competition does all of it for about half the combined price of my 3 vehicles when they were new. But the other side is that the SUV design of the vehicle compromises it's performance, comfort, economy, and utility when compared to similarly priced vehicles that are in a singular, sports car, luxury sedan, or SUV/CUV design. The BMW X4 M Competition is like having an Olympic athlete that weighs 300lbs. Being both amazing and compromised at the same time. In contrast there is a SUV/CUV coming next year that is likely even heavier than the BMW X4 M Competition, yet it probably handles as well or better, accelerates much more quickly, and costs $20,000 less, plus it has about 30% greater storage capacity than the X4. And that vehicle is the upcoming Tesla Model Y Performance. Which is also far more economical to drive and will have lower maintenance costs than the BMW. Of course BMW has their own electric crossover planned for next year with the iX3, which will probably be a better match for the $48K Base Model Y, sharing it's low operating costs, and perhaps acceleration, but having more storage space than the X4M, and having nowhere near the Model Y Performance's handling or acceleration capabilities. Another American crossover that could rival the BMW X4 M Competition's storage and performance capabilities for far less money will be the 2021 Mach-E BEV crossover. Granted, the BMW X4 M Competition will no doubt have better quality materials, better build quality, and probably crisper braking and handling by virtue of it's relatively lighter weight than the American EV crossovers, but will those attributes be worth the extra $20K+ of the gas powered, BMW performance crossover? For loyal BMW fans, absolutely. For many thousands of other buyers, nope.
Greg Taylor wrote on December 24, 2019 - 9:04am Permalink
Somewhat harsh? My X3 M40i is almost too harsh to drive on a daily basis. I suspect that the pure M version would bruise my kidneys. I have not seen anyone fully comment on the daily comfort of any of the BMWs with the M moniker.
Griz wrote on May 7, 2021 - 7:59pm Permalink
Your comments about the ride on the X3M40i are bizarre. I have a 2020 X3M40i and the ride is moderately firm but not objectionable. My wife has never complained about the ride. I specified the 19 inch tires on my X3. If you got 20 or 21 inch tires on yours, you should have expected a significantly firmer ride.