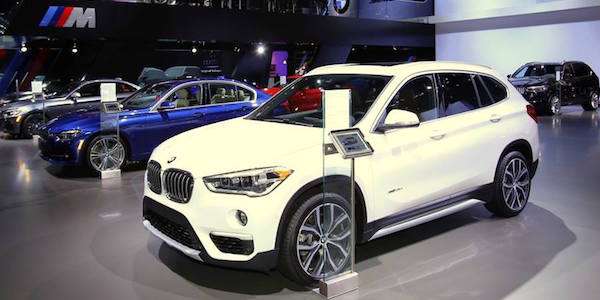 How New BMW X1 Is the Top Luxury Subcompact SUV

US News and World Report likes the BMW X1 Luxury Subcompact SUV. Why do they give it 2 top awards?
Advertisement

The 2016 BMW X1 is in the news again, US News and World Report, has given the luxury SUV a second award. Last month, they gave it the 2016 Best Luxury Subcompact SUV for the Money award. This month, it walks away with their “2016 Best Cars For Families” award. Why does US News like it so much?

After evaluating 256 vehicles, they named winners in 21 categories. The 2016 BMW X1 wins in the Luxury Subcompact SUV category again. The nationally recognized publisher of consumer advice and information, says the BMW X1 is the best for families because of its combination of safety and reliability ratings, excellent reviews from professional automotive critics, and the “space and features that keep the entire family happy.”

The 2016 BMW X1 ranks 1 out of 3 of the top Luxury Subcompact SUVs. Test drivers from US News liked the redesigned BMW X1 for its strong engine and sporty handling, and they added that the interior is spacious and the rear seats offer abundant legroom. The BMW X1 beats the Mercedes-Benz GLA-Class for top honors in the Luxury Subcompact SUV class. Number three on the list was the 2016 Land Rover Range Rover Evoque.

X1 gets a redesign

US News likes the redesigned X1. Last month, the BMW X1 walked away with the “2016 Best Luxury Subcompact SUV for the Money” award from US News. BMW’s X 1 was redesigned for the 2016 model year and the xDrive28i comes powered by a 2.0-liter TwinTurbo 4-cylinder engine pumping out 228hp and 258 lb ft of torque. It’s the most powerful entry model in the segment. With a starting MSRP of $34,800 it’s a good choice for families.

BMW calls it a Sports Activity Vehicle (SAV). With a 0-60 mph sprint time of 6.3 seconds, it’s not hard to see why driving enthusiasts like the powerful luxury subcompact SAV. It boasts best-in-class performance, best-in-class headroom and best-in-class cargo space. Add in the exceptional handling and you can see why it’s tops in two US News and World Report awards for 2016.

Source: US News and World Report