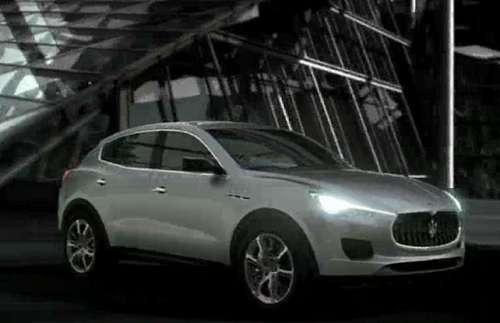 Kubang concept looks good. It's Jeep based, yet distinctly a la Maserati. Here is Torque News's previous coverage on Maserati Kubang for those who would like to learn about the this luxury SUV. Our goal here is to discuss the video that the company released today.

Maserati is a great brand name and has proven itself through years of hard work. This is why people expect more from this company. It has raised the bar throughout its history and this video hardly meets the standard.

The Kubang video is a 3.03 minutes-long production. Starts with a promising beat, but despite one's exception the song is in English and as a musician, I say, nothing special. If you are going to have a song, we look at you as distinctly Italian company. Why don't you make your music Italian. If you want to do it in English to appeal to U.S. consumer, then don't test U.S. consumer's patience. The actual Kubang in this video appears only on the 2.06th minute. Agree that, this it's a test of patience when one has to watch 2/3 of the video just to see what he or she came to see.

Besides, the "waiting" is accompanied with which keeps questioning if the Maserati makers are "strong enough," "can make the cut" and "can cross the finish line." In this day and age of "Yes, We Can" mentality, I am not convinced if this song is what the company needs today with such a good looking car.

Don't get us wrong, the Maserati Kubang concept is very promising. As a luxury SUV, the Kubang is positioned to offer a kind of uplifting driving pleasure and luxury atmosphere that most of today's SUVs don't. We will report more if one day given a chance to test drive and review the this luxury sports SUV.

Our complements go to Lorenzo Ramaciotti, whoes Maserati Style Center has created the Kubang. This distinctly Maserati style deserves a better official video. It has some great footage, but could have been put together in a much better way.