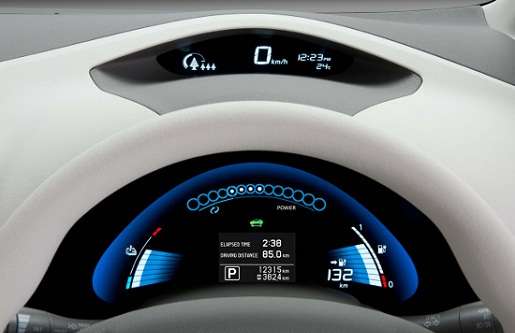 Canada based Lebau says that as the cost of oil keeps increasing, the electric car market seems set to continue its growth, moving from hybrid vehicles to fully electric cars like the Nissan Leaf.
Advertisement

Scientists and automobile specialists have argued that the future of the car would be the electric. While in the 1950s we saw pictures of electric cars and even flying cars, the recent years have brought actual progress in the realm of automobiles once thought to be impossible. This represents a further step toward having electric cars on streets across the country.

Perhaps this time the humanity is really at the beginning of the era of electric cars after all.

Surprisingly enough, the history of the electric cars goes back to the dawn of the automobile industry and the year preceding the presentation of the Model T by Henry Ford. At the time the electric motor was a serious alternative to combustion engines.

Despite their slow and cumbersome process of charging car batteries, the first electric cars were much more comfortable than their gasoline competitors. In addition, they were less noisy, easier to drive and probably more effective over short distances, making them ideal for driving in towns.

The development of early electric cars has been hampered by the lack of infrastructure in major U.S. cities and the discovery in the 1920s of new oil reserves in states like Texas.

Henceforth, petrol cars began to dominate the market largely helped by the price of fuel. Thus, the lack of investment in the production of electric vehicles has buried a car running on a battery power for nearly 70 years.

Electric cars have again become popular in the 1990s when the humanity began to realize the environmental damage caused by greenhouse gas emissions. A small number of electric vehicles have been produced, but they had the same limitations lacking during the 1920s.

Many manufacturers have been accused of curbing the development of electric cars to maximize the profits of more traditional vehicles.

Then, after a long period in which the U.S. car makers began to concentrated on energy efficiency, hybrid models like the Toyota Prius started to emerge in the early 2000s. These cars combine an internal combustion engine with electric drive and make it more efficient than their equivalents that drive gasoline.

One thing that overcomes the traditional weakness of electric cars is that the kinetic energy produced by the traditional engine recharges the batteries of the electric motor. In all other respects, it is virtually impossible to distinguish them from conventional vehicles. They have the same design, the same windows of cars, the same wheels and steering systems compared to their gasoline equivalents.

The entrance of Chevy Volt and Nissan Leaf and the promise by many car makers to embark on the production of their own electric cars is a good sign that at the beginning of the 21st century the humanity is indeed on the verge of moving from hybrid cars to fully electric vehicles.