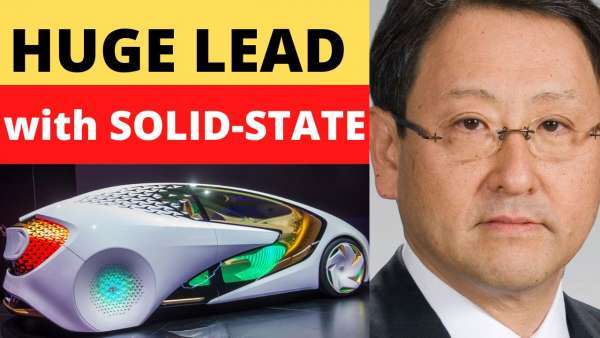 Nikkei Asia reports that Toyota Motor is by far the leading holder of solid-state battery patents, a Nikkei study shows, demonstrating how Japanese companies have dominated the race to develop the next-generation power source for electric vehicles.

According to Nikkei Asia, Toyota is the leader with 1,331 known patents while Panasonic Holdings is a distant second with 445 patents. Idemitsu Kosan holds 272 patents, meaning Japanese companies held the top three spots.

Solid electrolyte batteries offer high energy density. But they are expensive and the competition is growing rapidly. Can Solid State keep up?

Toyota, for example, is experimenting with a semi-solid electrolyte that is easier to handle. However, here again safety must be guaranteed. Toyota announces that it will first use such a de facto semi-solid state cell as a backup battery in hybrid cars.

As you can see, the Japanese carmakers like Toyota are taking a multi-pronged approach to the future: with hybrid models and purely electric cars. And with different battery technologies.

For many years, Toyota has stuck to its hybrid models and left purely electric models aside. That is about to change: by 2030, the manufacturer wants to sell a total of eight million electrified cars worldwide – one million of them are to be powered exclusively by a battery. This increases the demand: The Japanese expect to install a total of around 200 gigawatt hours of battery capacity in their cars by this time. Diversity is also an advantage when it comes to battery technology.

Tesla Contemplates A New Strategy for China Retail even As Sales Boom
Jay Leno on Elon Musk & EVs: “I Think He Should Get ... Credit"
END_OF_DOCUMENT_TOKEN_TO_BE_REPLACED