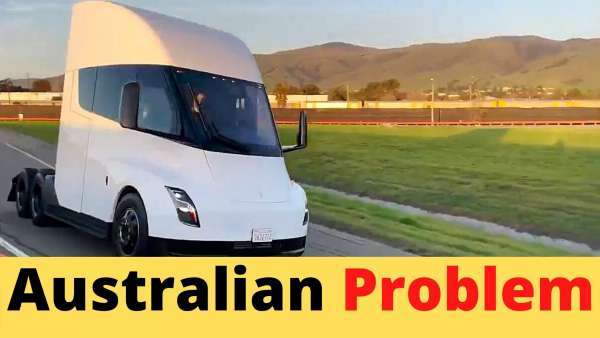 Currently Australia only allows trucks on its roads if they are 2.5 meters wider or less. Tesla says its electric zero-emission trucks are between 30 and 50 millimeters wider than that, although they confirm to rules in the United States, where the limit is 2.6m, and in the European Union, where it is 2.55 meters.

In a submission to the National Transport Commission’s Heavy Vehicle National Law Review, seen by The Driven, Tesla urged the government to change the rule, saying the Australian market’s small size would likely mean Tesla would not make the adjustments necessary to sell its trucks here.

“The Commission will be aware that given Australia’s small size in comparison to global markets, inconsistencies like this between Australian regulations and larger markets will delay or preclude vehicles coming to local markets,” the submission says.

“Currently, Australia will likely miss out on the first generation of electric heavy vehicles such as the Tesla Semi because of this.”

The issue of of difference between Australian and overseas rulers has been a bugbear for a long time in the trucking industry. Some people and industry leading associations are in favor of changing them, while the local truck manufacturers object the change of the rule fearing the change will hurt their business. They are also concerned about safety implications.

We hope that Tesla will deliver its first batch of mass Semi trucks this year, nearly four years after it unveiled the first prototype in November 2017.

There should be a world wide standard but sometimes that wont work as roads, bridges and transport is different country to country. Our team at LumperHQ deal with all sorts of different sized containers