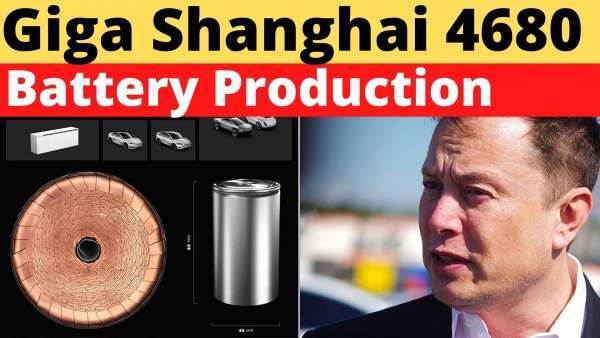 According to one opinion, which I read on Twitter, it's unlikely that Tesla one day starts a production of its own 4680 battery cells. "China is the home of LFP and LFP is best for EVs or large applications. This is likely for Tesla to develop better packaging for batteries like cell to pack or BYD Blade," wrote one Twitter user.

People think Elon Musk went to China just for production. Actually, Elon knows the majority of top engineers in the 2020s and beyond will be trained in China. Tesla is gathering the best engineering marvels in the world. Its future is foreseeable based on how superior cars Tesla can potentially build if it hires the best engineers in car, software and battery technologies.

Also, I think it would make sense to produce all their cars with the 3 piece cast and structural battery in all their factories.

“Made at Gigafactory Texas, our new tabless 4680 cell lowers the cost per kilowatt hour. We have everything we need under one roof to produce and assemble the first high-volume structural battery pack, using our fully integrated process,” stated one of Tesla’s infographics in the Cyber Rodeo factory tour.