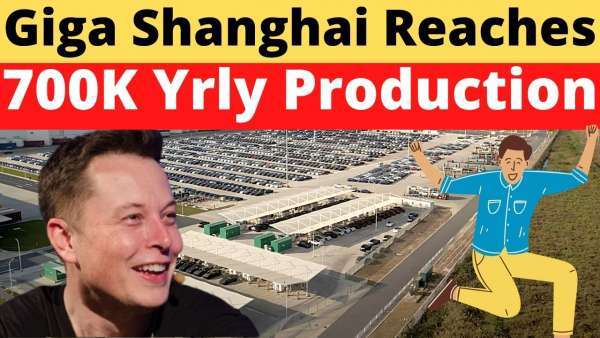 A reputable Weibo user named "Not Zheng Xiaokang," who is an automotive reporter and has 369,000 followers, writes.

"Not much attention has been paid to this area recently. According to the news heard today, Tesla’s Giga Shanghai plant has recently exceeded 700,000 vehicles per year, with a weekly output of 14,000 vehicles.

"In addition, who would dare to say that there will be less than 1 million vehicles this year, Berlin can’t keep up, and Shanghai’s extreme operation, no one dares to say anything."

People comment under his writing and ask things like why can't the production lines of several Chinese car producers be like Tesla, and the production capacity can be increased without limit? This problem is more complicated. First of all, you have to increase demand without restraint, just like Tesla.

Another person in the discussion goes even beyond this, saying The news from the supply chain I got is that model Y has a weekly output of 14,000 vehicles, excluding model 3. To this the original poster replies, saying, “It's utterly ridiculous, delete it.”

The production line at Tesla Giga Shanghai must be in three shifts without stopping.

Tesla Giga Berlin's New Hurdle: It's Not Only the Gov't, but Now Tesla Itself
Teslas Are Sold Out Until 2023, But The Timing May Reverse
END_OF_DOCUMENT_TOKEN_TO_BE_REPLACED