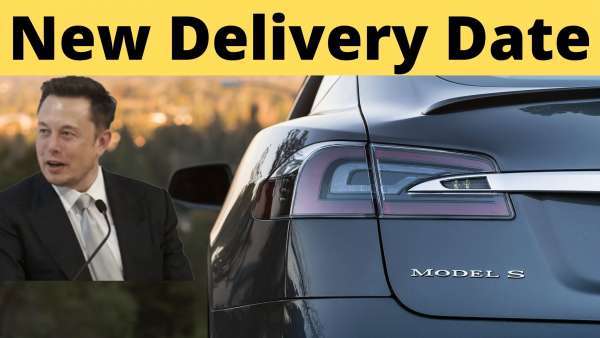 Musk gave this brief update tweeting, "Tesla Model S Plaid delivery event on June 3 at our California factory. Fastest production car ever 0 to 60mph in under 2 secs." By the way, Tesla's fastest option was Insane, then it was Ludicrous, soon it will be Plaid. Here is what we know so far about the upcoming Tesla Model S Plaid.

Fastest production car ever
0 to 60mph in under 2 secs

Model S Plaid's delivery was initially set for February 2021, but there were some challenges, which Elon Musk discussed during the Q1 2021 earnings call.

“With respect to the Model S and X, there were more challenges than expected in developing the Model S or what we call the Palladium program, which is the new version of Model S and X, which has revised interior and new battery pack and new drive units and new internal electronics and has, for example, a PlayStation 5 level infotainment system.

“There’s just a lot of issues encountered… So it took quite a bit of development to ensure that the battery of the new S/X is safe. And we’re trying to get all the — in the cars slowly for the past few months. But we’re just stacking them up in the yard and just making refinements to the cars that we built,” Musk said.

This is good news for Tesla and the Plaid Model S. This means that the production difficulties and challenges at Tesla are largely solved. This tweet by Elon Musk tells me that most problems at the Fremont factory are solved. Let's see the Model S Plaid now in Tesla Service Centers and on the road.

l am thinking it may take a while for Tesla to get the production of the Model S Plaid line up to full speed and more shifts. But, overall, well done Tesla.

Tesla's Model S Plaid's 0 to 60 is astonishing, but in my opinion not really very useful, unless someone likes track days. I am not a car racer and don't advocate it. I like safer driving and cars for me are a means to go from point A to point B. Life does not consist in the abundance of possessions.

On related news to Tesla software, while Tesla owners remain waiting (and wondering when it’s going to happen) for news about last year’s foretold Tesla Reverse Summon feature, other businesses are producing new tech that just may be Tesla’s answer for helping Tesla owners find parking spaces with FSD (Full Self-Driving Capability) that is surprising simple.