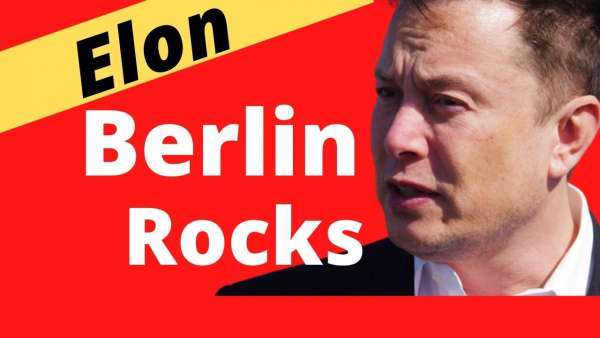 This is the second time that Elon makes that statement: "Berlin Rocks." The first time he made the same statement in the fall of 2019, adding Tesla would build an engineering and design center in the German capital.

Why Musk's short Tweet about Berlin matters for us?

Tesla’s Giga Berlin electric vehicle plant is key to its plans to significantly ramp up production and sell an estimated 1.5 million units this year. The move is expected to help Tesla establish a stronger foothold in Europe and lower reliance on the Giga Shanghai plant.

1. What did you expect him to say? Especially after spending 5.5 billion on one factory! And then a factory in a highly regulated and unionized country!

2. I want to hear more of a per car cost basis comparison from Shanghai to Berlin to Fremont to Texas. That will tell us the effectiveness of the factory. As more and more competitors come online, Tesla will have to be competitive!

I agree with Dockman. I will see if I can research on your question regarding cost per car as the info becomes available.

What about you? How significant do you think Tesla Giga Berlin EV factory is for Tesla in general compared to the Fremont and Giga Shanghai factories?

Tesla Contemplates A New Strategy for China Retail even As Sales Boom
Jay Leno on Elon Musk & EVs: “I Think He Should Get ... Credit"
END_OF_DOCUMENT_TOKEN_TO_BE_REPLACED