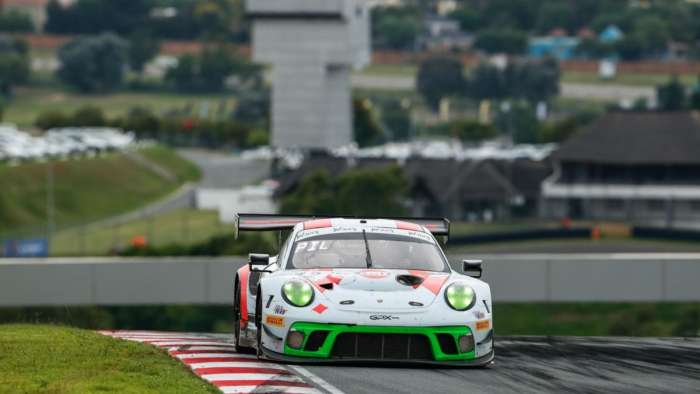 Porsche squeaks out enough overall points to defend their crown at the IGTC Championships. The Porsche GT3 R ends its season with mixed feelings.
Advertisement

The final race of the IGTC racing series in South Africa proved to be crucial for Porsche as they hung in the balance for the manufacturer’s championship. After a disappointing end to the 2020 ISMA season at the 12 Hours of Sebring, Porsche still had some work to do in the GT3 class in the Intercontinental GT Challenge.

Driver’s Matt Campbell from Australia and the two Frenchmen Mathieu Jaminet and Patrick Pilet were at the helm of the GPX Racing Porsche 911 GT3 R and their teammates: Laurens Vanthoor from Belgium, Kévin Estre from France and New Zealander Earl Bamber, also drove for the Porsche brand squad in a Dinamic Motorsport GT3 R. A third GT3 R was also in contention. The South Africans - Saul Hack and Andre Bezuidenhout as well as Dylan Pereira from Luxembourg piloted the 3rd Porsche GT3 R at the IGTC event. 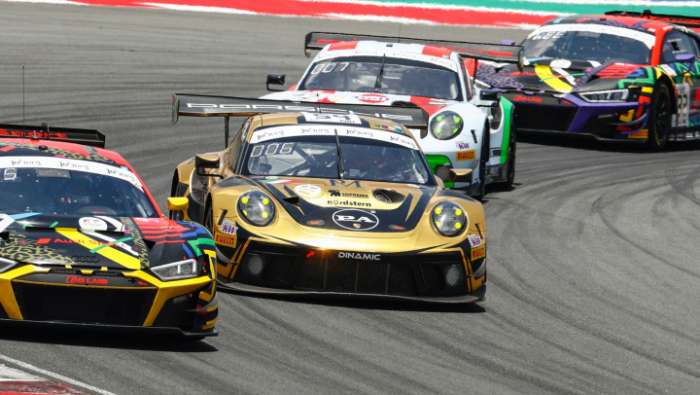 The two brand 911 GT3 Rs had the delight of racing on a dry Kyalami Grand Prix Circuit for the majority of the race. While all was well, the GPX car of Cambell, Jaminet, and Pilet had a puncture in the middle of the track, sending them back to the pits to address the issue. Shortly after, the other brand car of Vanthoor, Estre, and Bamber experienced a race-changing twist of fate - severe damage to the front splitter forced them to sit in the pits and repair the piece of aero equipment for a full two laps while the rest of the field raced on. This was the end of their road to victory.

After repairing their puncture, the GPX car took back to the track and gained monumental time on the rest of the competitors. They had clinched a third-place position by the time heavy rain soaked the pavement of Kyalami, prompting the safety car to pull out in front of the field and continue driving until the track was ready to go again. The rain didn’t stop soon enough and the race concluded with all competitors behind the safety car. 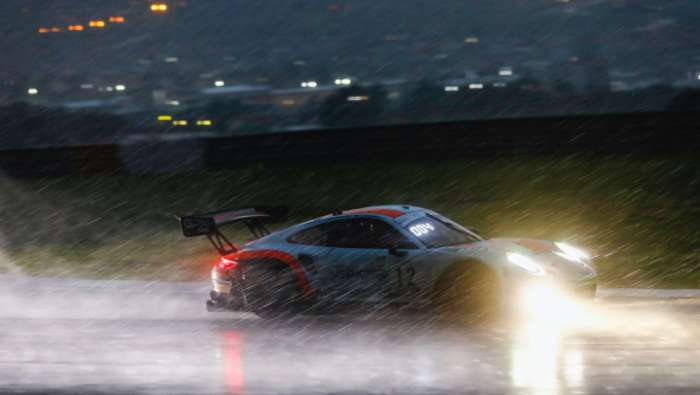 The GPX car and the other Dinamic Motorsports brand 911 GT3 R finished 3rd place and 7th place in their class and gained 21 total points for their finishing position. This gave the Porsche team 100 points overall in the IGTC championship and gave them the Manufacturer’s title for the second time in a row. They were just 5 points short of winning the big one - the Driver’s Crown. The third car we mentioned, campaigned by Lechner Racing, finished 10th in the race at Kyalami and ended up with enough points to win the Pro-Am class overall.

Much like the 12-hour Sebring race in November, the result was met with both rejoice and disappointment from the drivers. Matt Cambell had set a lap record earlier in the day and was well on his way to pole position when the rain eventually ended the race for him. He had this to say: “We climbed the podium. Third place is a decent result, but unfortunately, it wasn’t enough to take the drivers’ title. That’s a great shame. But we’re not going to let that spoil our mood. Porsche pocketed the manufacturers’ title, and we were well on our way with third. The team did a great job. We tried our best and did everything right, but it just wasn’t meant to be today.”