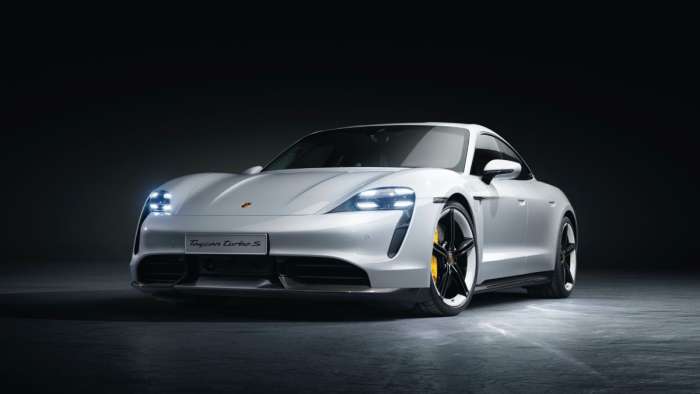 A journalist took his opportunity to beat the Tesla's record, in a Porsche Taycan 4S.
Advertisement

The Cannonball Run is a long-running past time of the criminally insane and adrenaline-fueled citizens of the USA. From New York to Los Angeles as fast as you can is the name of the game. When a regular human thinks of a cross country, 2,700-mile trip, they give themselves around a week to complete the journey by car. But during a Cannonball Run? Try under 50 hours.

Journalist Kyle Connor of Inside EVs recently secured the loan for a Porsche Taycan 4S press car. He was originally going to do some carefully considered range testing for a story, but then decided he wanted to do something a little abnormal. A cannonball from NY to LA with two other buddies all in the cabin of one EV. 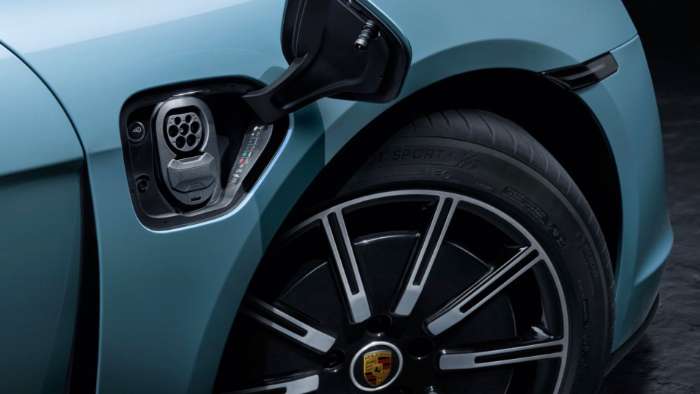 Before Kyle and his run, the standing record for an EV Cannonball Run was set by Kyle himself in a Tesla Model 3 Long Range with a time of 45 hours and 16 minutes. The Tesla is a model nominee for something like this right from the factory. It has a best-in-class range and Tesla’s wide-reaching Supercharging station network. The Porsche? No cigar.

The Taycan’s engineering doesn’t allow it to utilize the Supercharging stations as efficiently as a Tesla would - go figure. The stations themselves don’t feature the more standard or universal charging services, which the Taycan needs to charge at its fastest rate. Without fast charging, the Porsche was already at a disadvantage.

Another problem Connor ran into was the Taycan itself. The Porsche’s navigation system, which could theoretically plan out the fastest possible route while taking charging stations into consideration, was not working. Apparently, the car thought it was in the State of Ohio at all times. This meant that it was up to Kyle and his two friends, Drew Peterson and Tijmen Schreur, to plan out their route.

The 4S that was used also had the smallest and most durable wheel/tire combination that is offered on the Taycan, which was another reason he initially decided to do the run. So, with his car in a never-ending Ohio nightmare, his men all strapped in, and his headings lined up, they set sail. 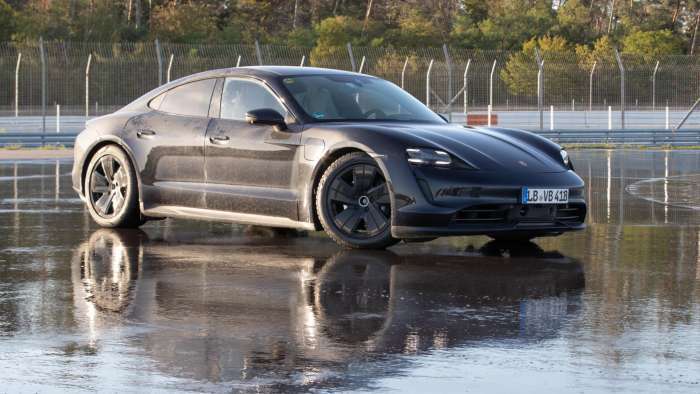 The chilly North Eastern winter proved to be an obstacle once on the road. Electric vehicles aren’t immune to temperature as much as it may seem. Batteries get hot and cold too, and Porsche’s battery works best when it is primed and warmed up. This meant that Kyle and his team had to get on the accelerator a lot during their time in the frigid locations and get those electrons moving through the system.

Even though they did hit some ridiculous speeds along the way, for an EV, low speeds help range. In order to prolong the distance between charges, they had to keep the Taycan below the assumed triple-digit speeds. However, in some of the more remote scapes of Americana, they were able to do some real cannonballing. 160 mph was the fastest they went according to Connor. He failed to mention where exactly though. Surprise, surprise.

The rest of the trip was surprisingly smooth for a run of such historical intensity. The Taycan they used was equipped with massaging seats, the quietest interior, and active-suspension management which proved to be comfy enough for the guys to take intermittent naps during their long haul. On New Years Day, the gentlemen crossed into California, just a few hours away from Portofino Hotel & Marina - the Cannonball run’s destination.

The 4S cruised into the parking lot with a final time of 44 hours 25 minutes and 59 seconds, beating the Model 3’s time by almost an hour, a big time-difference in Cannonball racing. Considering the charging network that was available to the Taycan and the clear slant that Superchargers have towards Tesla’s cars, this is quite a feat, to say the least.