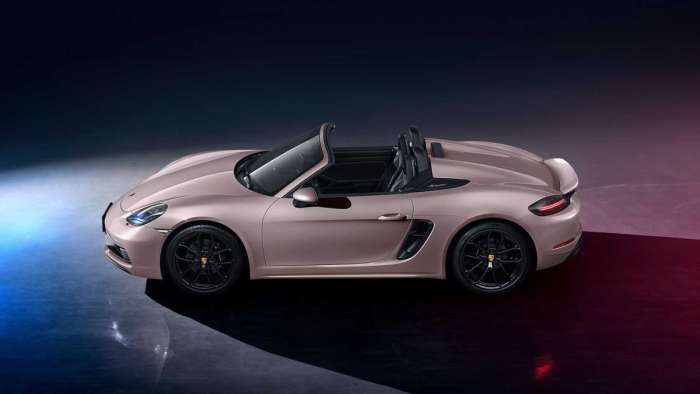 The 300-horsepower Chinese market Porsche 718 will come in pink too!
Advertisement

Over the years, China has proven to be one of the single largest markets for Porsche. And more often than not, China receives refreshed versions of models that don’t get sold in other continents for months. Most recently, Porsche started selling a 2.0-liter flat-four version of the 718 in China, making it the only market that it is offered in currently.

Previously, China received the single-motor Taycan that costs a decent amount less than the 4S trim several months before it was announced for the rest of the world. That Taycan also came in a special color - Frozen Berry Metallic. That color will now be available on the new 2.0-liter 718 in China as well. 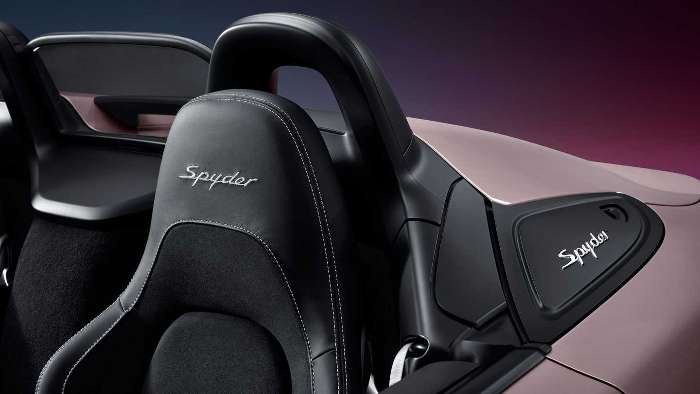 This 300-hp Chinese market 718 will share its body and almost all the identical mechanical chassis with the regular, worldwide-sold 718. The bumpers will come from the GTS models, but other than that, standard options are equipped.

A couple of years ago, as you probably know if you are a Porsche enthusiast, the Boxster and Cayman received the same 2.0-liter flat-four that is going into this new pink 718. And as you can imagine, the people revolted. Luckily, Porsche listened to them and brought in the GTS 4.0 versions and gave the twins a heavenly flat-six to play with.

But, while 718 sales have taken a downturn in the U.S in recent years, the 718 remains the most popular Porsche sports car in China, according to Road And Track. This means that a downsized engine option is now available to the Chinese public, who love the existing models already.

Another big reason for this new introduction is the way Chinese automotive taxes work. Over there, the bigger your engine, the more money you pay the government. So, it only makes sense to sell the little engine in the most popular car. 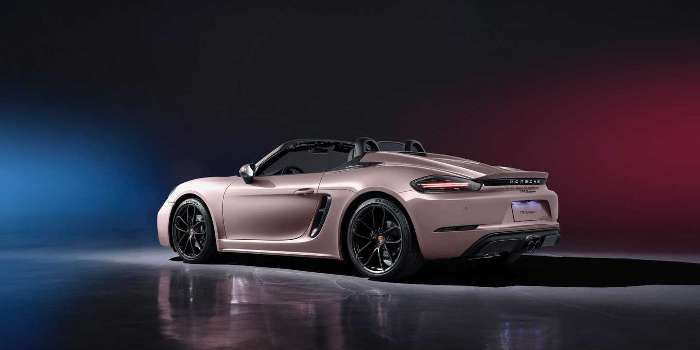 With a purchase of this new 718 model, as stated earlier, you get all the standard Boxster stuff, including the open top and the standard body style. Although, it is commonly forgotten how well this little car drives, even with the 4-cylinder. It is mostly because of that engine that folks forget the truly special engineering behind the 718.

The starting price of the 2.0-liter 718 Spyder is ¥738,000, or around $113,000 in the states. But the adjusted price means nothing to Americans yet, until it gets released in North America. It may never get released over here due to the last flat-four 718 reaction, but Porsche may need to do something with the 718 in NA to get its sales going up again.