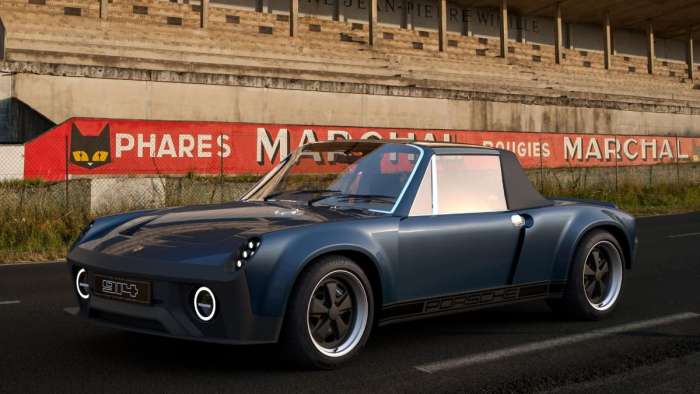 The Porsche 914 is a commonly forgotten model, but now, a British company’s restomod strives to change that.
Advertisement

On January 3rd, a small, yet refined British coach-building firm posted to their Instagram featuring a bright orange render of what they called the “Ultimate 914 Restomod.” Being on the car side of social media means that we see countless renders of old cars with huge fender flares and futuristic modifications on a daily basis with no intention of an actual build. Thankfully, this isn’t the case with the Fifteen Eleven Design Porsche 914.

The automotive building firm clearly stated that they are in the process of building car no. 1 right now. And just a day ago, they released more, higher quality still images of another 914 render that shows more of the exterior detail. The restomod will in fact, also be using the engine and transmission from a first-generation Cayman S. 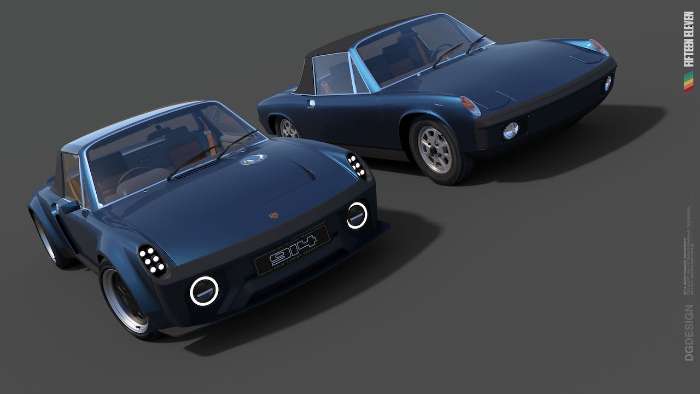 More Than Just A Body Kit…

Fifteen Eleven has a long catalog of well-executed restomods ranging from old British Ford’s to 1960s Maseratis and even a Morris Minor Traveler! The Bakewell-based company’s newest project, the 914, will take the expertise they’ve learned from previous builds, and incorporate their experience into the Porsche.

The 914 will have much more than just a cool CAD-designed body kit and headlights. This is a near top to bottom project that will involve plenty of man-hours and carefully planned tea breaks. The 914 itself will be given a 3.4 Liter flat-six out of a 987.2 Cayman S along with its 6-speed manual transmission. Underneath, the 914s frame is likely to be kept, but not without some beefy bracing and reinforcing to keep the chassis from twisting itself apart.

The radically different front end may look purely cosmetic, but the whole thing is functional. It is designed to get air into the oil coolers and radiator with more efficiency and consistency than the original design. The air that doesn’t make it into the front scoops will go back to the rear of the car, where an auto-adjustable ducktail spoiler will use it to the car’s advantage. 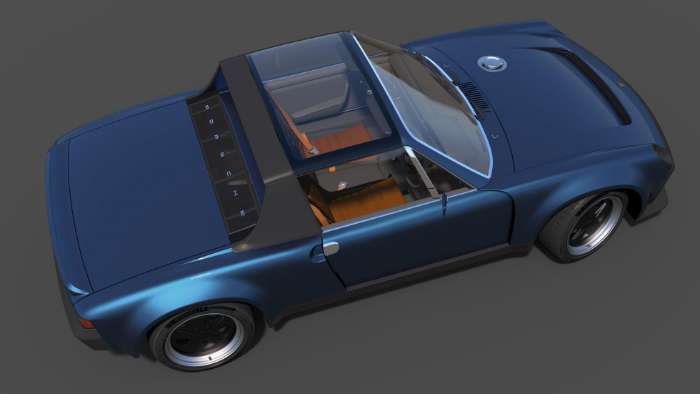 Most of the body add-ons will be made from carbon fiber including the rear spoiler, flared fenders, and more. The suspension of the 914 restomod will also be donated by the Cayman S, however, the shocks themselves will be replaced with some aftermarket coil-over dampers. A bespoke stainless steel exhaust system will be designed and fitted to the underside of the 914. The car will sit on a set of 18-inch Fuchs style wheels wrapped in Michelin Pilot Sport 4 tires. Most of the other details are visible in the few pictures we have of it, but there is still so much we want to know.

It’s been a while since we’ve seen a professionally done 914 restomod make its rounds on the internet and we can’t hide our excitement for the unveiling of the finished product, whenever that may be. Fifteen Eleven is taking orders for the 914 right now even though prices aren’t publicly available yet. The first car is projected to be completed sometime this year so watch out for more on the 914 front.

DeanMcManis wrote on January 15, 2021 - 3:49pm Permalink
I like the looks of this project, and it is cool to add the power and flexibility of the Cayman's 3.4L 6cyl engine. But I have to wonder about the cost. My neighbor has a cool 914, with the wide 916 fender flares and a LS3 V8. And he regularly runs autocross races, being very competitive. Still I will now look up the Fifteen Eleven project to see how it is progressing. Thanks for sharing info on this interesting project, and cool Porsche 914.