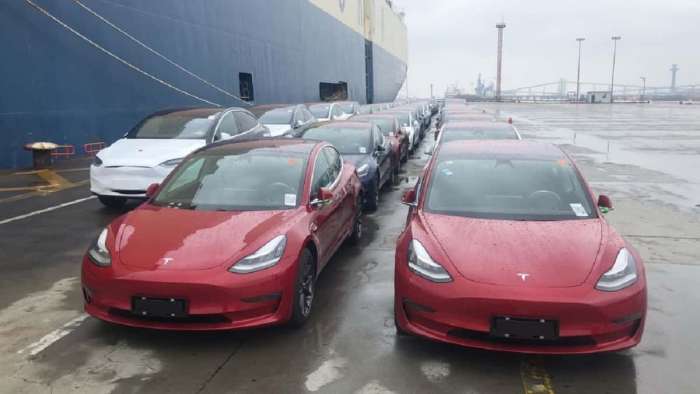 Tesla short sellers and bears alike are all having the worst day of their lives today on January 30th, 2020. These bears I am referring to are those who were actively shorting the Tesla stock during the absurd growth that occurred after earnings.
Advertisement

Tesla's valuation catapulted into air just like SpaceX yesterday in after hours trading. The earnings call was everything investors wanted and more. The bulls run, and the bears cried. Tesla’s earnings showcased the outstanding quarter that Tesla posted.

Not a Good Time For Tesla Bears

We know that it is not a good time to be a bear when it comes to trading TSLA, but what’s so striking about the whole thing is that the bears are justified. The incredible growth the stock has seen in not only the last year, but literally the last month. Tesla has grown nearly 100% in a year. Bears worldwide have lost billions. $5.6 billion to be exact in the last year. And yesterday, short sellers lost a collective $1.5 billion betting against the witty tech boss, Elon Musk.

Elon Musk has put in the work, he’s put in the time, he’s put in the capital and this year everything is paying off. It is paying off in a rather, bubble like fashion though. Today, Tesla stayed about it’s current $115 billion valuation and traded pretty flat all day oscillating in the $640-$645 range, these numbers are still striking. The stock jumped in impressive $80 in after hours trading after very positive numbers in the earnings call.

Some of the numbers outlined in the call were as follows. Arguably one of the most important metrics that Tesla touched on was its guidance of over a predicted 500,000 in deliverables. This is impressive considering where they’ve been and truly demonstrates Tesla’s ability to position themselves as a successful manufacturing company. They’re number of units/year that are manufactured and delivered is increasing and that is a very healthy sign of growth.

Moreover, it’s a very healthy sign for demand. The consumers want Teslas. This is apparent. When you see a Tesla driving down the road it commands a very flashy presence but in such a subtle way. The flashiness is more of like a sense of efficiency that other non-battery motorists simply can’t achieve.

Other impressive numbers Tesla showcased, reported by Yahoo! Finance, include Tesla’s expected revenues versus their actual.

Tesla was expected to have revenues hovering around $7.06 billion. They beat this expectation by a whopping $320 million dollars. That is a massive amount of money. You could buy 7,619 used Model S’ for that much money. Owning that many Model S’ wouldn’t be that green of an act if you ask me but who knows!

Some more impressive numbers that Tesla released yesterday included its adjusted earnings per share. This is calculated based on the amount of profit that the company has generated, divided by the amount of float, or outstanding shares. They reported a whopping $2.14 per share of common stock versus Wall Street's expectation of $1.74 per share. Let me tell you, that’s a big difference.

Tesla's Presence in Both EV and Financial World

It’s no lie that Tesla has this commanding presence in particular to the EV world, but also in the financial world. The volatile nature of the stock makes it definitely a spectacle to keep our eyes on.

The impressive growth its demonstrated in the last year is borderline questionable in nature and makes you scratch your head. It feels like the tallest house of cards that is just waiting to come crashing down. The target price range of the Tesla stock is unbelievably wide and with good reasons. Both retail investors and institutional investors just see this stock as a nail biter and for that reason not very safe at the moment. But it sure would be a mistake to not by the stock at its current discounted price when it peaks at the fantastical price of $6,000. We can only wait.

One thing that’s for sure is that Tesla is on its way to be in the S&P 500 because it really is one of the most successful technology companies today. It just happens to double as an automotive manufacturer, oh yeah, and a solar panel roofing company, and an insurance company. This company is still so young, here’s to TSLA to $6,000.

See you in my next story in which I discuss Tesla's release of the Model Y information.

DeanMcManis wrote on February 3, 2020 - 4:49pm Permalink
I am happy for Tesla's success, and I wish I had invested in Tesla stock when the short sellers were making so much money kicking Tesla in the press over and over. I am glad that the the Tesla shorters hopefully burnt their fingers on this latest run up on stock values. I do not see anything good in short selling stock, especially when they use internet rumors and half-lies to bring the stock values down. But Tesla's success and steady progress has brought them a well deserved payback, and the sales success of the Model 3 (and soon the Model Y) will continue to be our best driving force for EVs moving forward. They have created a tipping point for EVs that might prove to come this year as other automakers join the EV movement and work to compete against Tesla and each other to build better EVs, and better cars and trucks.

Tsingshan's Threat to Tesla: EV Maker Is In Battery Crosshairs
Tesla-Funded Research Reveals One of The Biggest Mysteries of EV Battery
END_OF_DOCUMENT_TOKEN_TO_BE_REPLACED