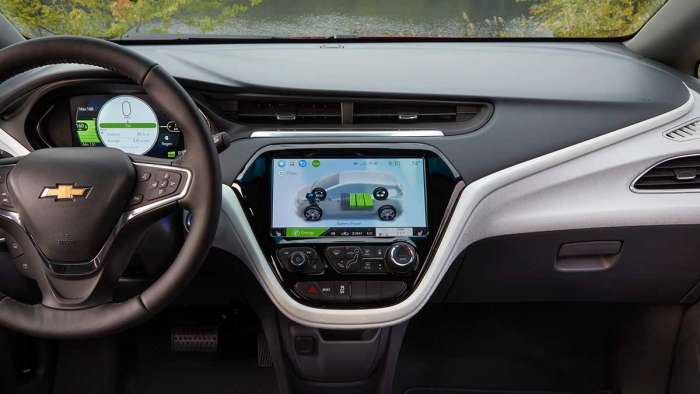 GM has made a number of improvements to the Chevy Bolt EV's software, including features that control the battery charge level. Let's look at how these systems work and how they should be used.
Advertisement

Depending on the model year, Chevrolet Bolt EV owners have access to built-in software that allows them to limit the level the battery will charge to. This functionality is fairly common in electric vehicles; however, it typically isn’t an option for most other battery electric devices. As a result, new EV owners are often confused about how, when, and why they might want to use this feature. In this article, I will explore the Chevy Bolt EV’s charge limiting features and explain the reasons a Bolt EV owner might want to use them.

Background
The Chevy Bolt EV has always had at least some ability to limit the charge level of its battery on AC charging (so far, these options don’t apply to DC fast charging); however, the feature has changed over the years. The 2017 and 2018 Bolt EV came with a feature called Hill Top Reserve, which limited the battery to 88% charge (according to Torque Pro readings – an app that can read vehicle system information through the car’s OBD2 port). 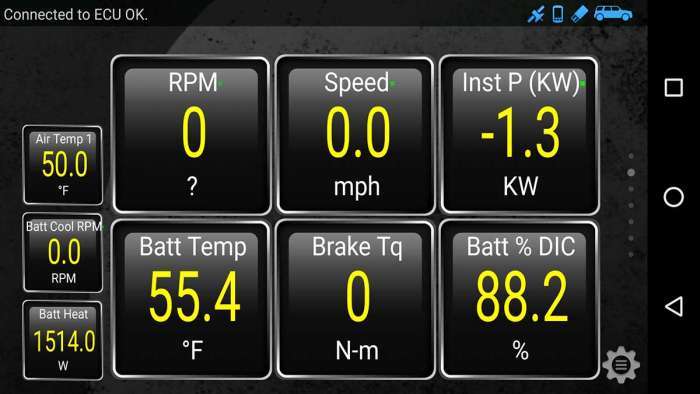 For the 2019 model year, Hill Top Reserve had been removed and replaced with a Target Charge Level feature. This feature gave owners more control by allowing them to adjust battery charge levels in 5% increments.

Hill Top Reserve
Based on GM’s marketing and owner support materials, Hill Top Reserve was designed for Bolt EV owners who live at the top of mountains or start their drives with significant descents or elevation decreases. The reason this was an issue was due to consistency with the Bolt EV’s regenerative braking (converting the car’s momentum into energy by using the electric motor as a generator, which in turn slows down the car) and one pedal driving (Bolt EV owners can do most normal driving without ever touching the brake pedal). 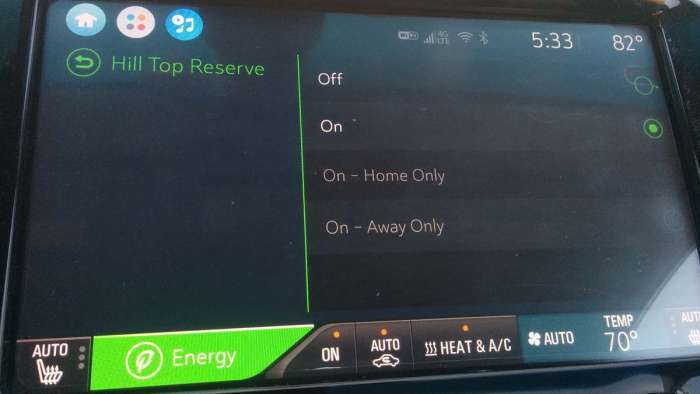 Target Charge Level
For the 2019 model year Bolt EV, GM introduced the Target Charge Level function. Interestingly, this didn’t seem to be related to the regenerative braking system in any way. My personal experience with the 2019 Bolt EV is limited; however, based on ride-alongs and feedback from owners, the 2019 Bolt EV allows for significantly more regenerative braking even when the battery is full. Essentially, 2019 Bolt EV owners can charge the battery to 100% and still have access to one pedal driving.

This change is also reflected in GM’s marketing materials. According to Chevrolet’s “Getting to Know Your 2019 Bolt EV” publication, the purpose of the Target Charge Level is primarily economic. Essentially, you can limit the amount you charge at more expensive chargers by only charging up to the amount you need to get to a more economical charger. This is concept is sound, but it is really only useful when managing DC fast charging limits and a navigation system with a planned route. 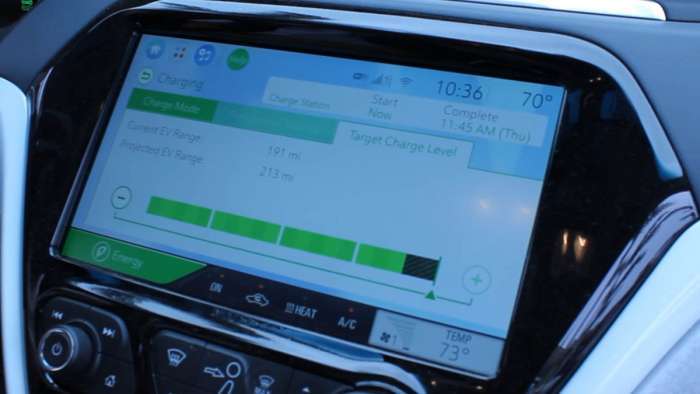 The Target Charge Level is now located in a different section than Hill Top Reserve, but it is still accessed through the Infotainment Screen: Energy > Charging > Target Charge Level. When the screen is up, the driver can toggle the charge level up or down using a plus and minus icon. Rather than displaying the battery level in percentages, the screen shows estimated miles. Current EV Range represents the estimated range of the car based on how much energy is currently in the battery. The Projected EV range provides an estimate of how much range the car will have when the Target Charge Level (indicated by a small green triangle) is reached.

One possible bug I will be exploring further is it appears that 2019 Bolt EV owners can accidentally shut off their regenerative braking and one pedal driving when using the Target Charge Level feature. Essentially, if the Bolt EV’s battery is at 100% and the Target Charge Level is then set to 95% or lower battery, the Bolt EV will lose access to regenerative braking completely, and it will simply freewheel when the driver lets off the accelerator. This was first reported to me by a friend after I showed her how to set her Bolt EV’s Target Charge Level, but since, another 2019 Bolt EV owner has shared a similar experience. I’m not sure whether this only happens when the battery is at or near 100% or whether it can occur at other battery charge levels.

Actual Uses
A question I get asked often is when and how to use these target charge level features. Now we know that GM has cited both regenerative braking and economics as reasons for using the Bolt EV’s charge limiting, but the primary value to me is actually preserving battery life.

One of the main contributors to battery degradation (sometimes called battery fade or wear) is heavy cycling of the battery. In fact, that is how battery life is actually tested. The battery maker simply charges and discharges a battery cell from empty to full for a number of cycles, and at the end of the test, they measure the energy capacity, which is typically much less than the starting capacity.

The amount of stress cycling puts on a battery depends on the amplitude of that cycle. For example, charging and discharging a battery to 100% and 0% respectively are significantly more stressful than charging to 90% and discharging to 10%. This is one of the strongest arguments in favor of buying an electric vehicle with more battery capacity than you might need in your day-to-day driving because it reduces the cyclic stress on the battery, increasing its longevity compared to smaller batteries under the same driving conditions. 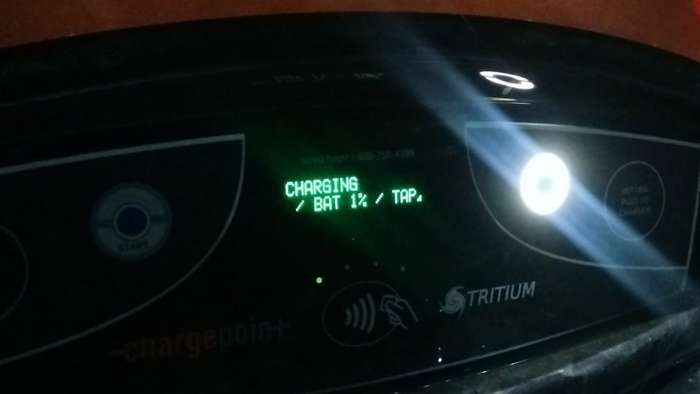 The general rule for all electric vehicles is to avoid draining the battery to empty and to only charge to 100% when you will need access to all the energy capacity. Also, if an EV owner does need to charge to 100%, it’s best to not let the car sit at 100% battery for long periods of time because that increases the stress on the battery even further.

Recommendation for 2017 and 2019 Chevy Bolt EV Owners
For the 2017 and 2018 model year Bolt EVs, I recommend Bolt EV simply turning on Hill Top Reserve and leaving it on. The only times you might want to turn it off is if you are facing an emergency, expecting a power outage, or planning a long trip.

First, at a minimum, I would limit the battery to no more than 90% to 95% for day-to-day use. Just that 5% to 10% reserve significantly reduces battery stress. Of course, the same rule as Hill Top Reserve applies here. If you absolutely need or want the range, set it to 100% battery, but try to limit the amount of time the car sits at 100%.

Next, make an honest assessment of your daily driving routine. Do you have regular access to charging at work or home? If so, set the Target Charge Level based on your daily driving. If not, you might want to adjust the amount of battery to limit inconvenient charging sessions. For example, if you don’t have access to charging at work or your apartment, but you spend six hours playing trivia at your local pub that has a Level 2 charger, you might want to charge up to 95%, even if you don’t drive that many miles. Not that the pub is inconvenient.

Finally, remember that discharging the battery to low levels is also stressful. It might be easy to say, hey, just set the Target Charge Limit to 50%, but if your regular driving uses 40% to 45% of your battery, you are adding stress by discharging down below 10% battery.

Future Improvements to Target Charge Level Software
While GM has been making regular, incremental improvements to the Bolt EV’s battery and charge management systems, I still think they can make a number of improvements.

First, I would like to see them improve the interface for this functionality. The Bolt EV already has a graphic energy screen that displays power flow and battery level. Target Charge Level should also be accessible through that screen, with a display that shows both current and projected range as well as the actual current battery percentage.

Also, I really like the way Hyundai and Kia have set up their charge level controls, and I think GM should replicate it. Hyundai and Kia have distinguished between AC and DC charging, so owners can specify one target charge level for AC charging and a different target charge level for DC charging. This is particularly useful with time of use DC fast chargers where, after a charge rate steps down, the price the driver is paining per kWh increases significantly. For instance, because of Electrify America’s $0.50 per minute pricing tier for the Hyundai Kona Electric and Kia Niro EV, owners of those cars should limit their target battery level to 55% when using those chargers. 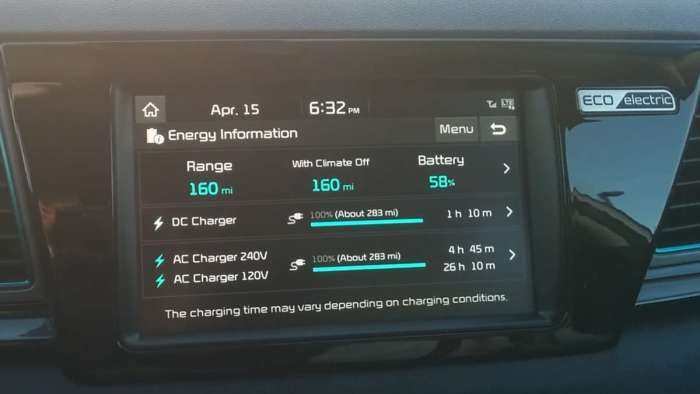 Finally, I would like to see better system integration with navigation. GM has been making improvements to the MyChevy app, and they are now working with Google to provide an operating system for their Infotainment screen. These charge limits should also be something that can be adjusted while on trips, based on driving conditions, routes, topography, and weather.

See you next time as I describe the top software features that GM must add to all of its electric vehicles.

Rastakins wrote on October 16, 2019 - 2:44am Permalink
GM should add a current selector to the charge menu. There are many situations where one might want to limit the charge current. Example: when charging from a dryer plug, 24 amps is an appropriate maximum current. The Bolt's internal charger must already be capable of variable currents as it responds appropriately to lower-current EVSEs. The Tesla Model 3 already has user selectable current. On long range models you can set the charge current from 8 to 48 amps in 2 amp increments.
Todd wrote on December 31, 2019 - 12:11pm Permalink
Any further updates on the Target Charging-Regen Braking bug you mention above?