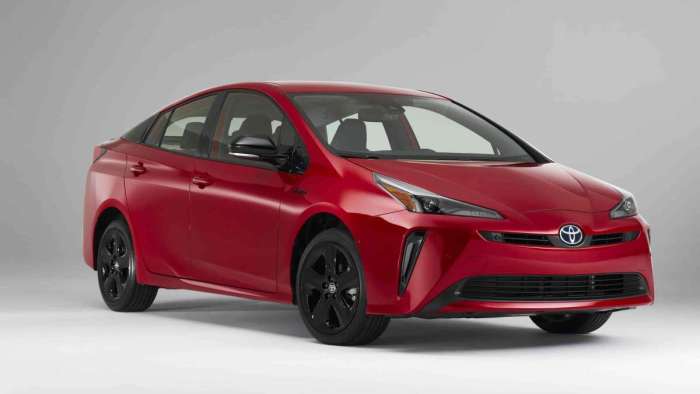 1 Reason Your Toyota Prius Will Increase In Value

Want to know why your Toyota Prius will hold value longer? There are rumors floating around that are becoming more true each day. Here is what we know.
Advertisement

As a Prius owner, I never thought I would see my car appreciate in value so much. I know that used car prices are at all times highs, but what else is the driving factor here?

Supply And Demand
The problems we are facing with supply and demand are more than meets the eye. Supply chains for parts right now are a complete disaster, and even Elon Musk has admitted Telsa is suffering from it.

The semiconductor chip shortage has also played a massive role in new vehicle production. Still, there is more to this story that the car manufacturers are pretty quiet about.

Toyota and other large companies have announced a 40% reduction in production. That means if we are seeing 40% fewer vehicles on the road, your used car is now worth much more.

Conclusion
Both Ford Motor Company and Toyota Motor have stated they are trying to find new ways to keep people employed but will suffer some losses.

Ford has talked about going to a "build on-demand" system for customers, an exciting way of looking at things.

Suppose Toyota and Ford, along with others, will reduce the number of vehicles produced. In that case, that will increase the need for parts and repairs. It could also slow the manufacturers down and get them to think critically about building better, longer-lasting vehicles than the modern-day "throw-away."

Coronavirus has undoubtedly played a nasty hand on all of us globally, and now things have shifted for better or worse. What do you think? Do you feel used car values will continue to climb? Let us know in the comments.

What is Toyota doing with 13.5 Billion Dollars?