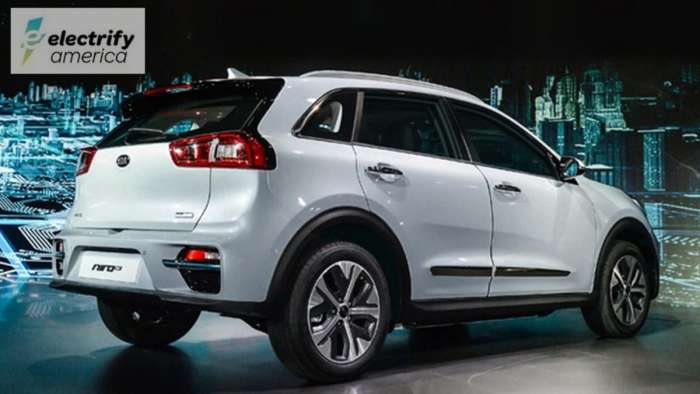 Nationwide U.S. charging network Electrify America recently completed its first of four cycles of investment, culminating in a hectic final year of construction and site activations. With various growing pains, such as software glitches, temperamental charging equipment, and controversial pricing - not least for Kia Niro EV and Hyundai Kona Electric drivers - it has been a bumpy ride thus far.

In total, the organization aimed to have 484 charging sites in the United States in progress or operational by July 2019, at which point the Cycle 2 investment plan kicks in with another $300 million budget.

At the time of writing, Electrify America lists 450 locations either live or "coming soon." Although this leaves the organization around 7% short of its original target, more than half of the sites listed are already active, and those remaining stand to connect some key routes across the United States.

With the promise of success so close, what kind of challenges must Electrify America address to realize its full potential and become the go-to network for non-Tesla EV drivers?

The most pressing concern for Electrify America during its first run of investment, at least in the eyes of EV drivers, was the price.

Launch pricing for the nascent charging network got very expensive very quickly. With no cars on the market able to accept anywhere near the maximum charge power available from its high power units as the first ones went live in 2018, it was left to slower charging vehicles like the Chevy Bolt EV and Nissan Leaf to be the guinea pigs. That got pricey.

In the example session that I tested in this video, my 2017 Chevy Bolt EV charging from 16-80% cost a whopping $22.16 for 37kWh, which equates to almost 60 cents per kWh. That's a little more than 4x what we'd pay charging at home and works out much closer to gas prices than electric vehicle owners, who are sometimes sold on the low running costs of EVs, are comfortable with.

Thankfully, the pricing changed last month, alongside the launch of Electrify America's mobile app. Watch this video and click to subscribe to Torque News Youtube Channel for daily EV and automotive news analysis.

This is good news for Chevy Bolt EV and Nissan Leaf owners, who can now take advantage of the many new stations for as low as 15 cents per minute, based on paying a $4 per month membership fee. Unfortunately, it wasn't so beneficial for drivers of the new Hyundai Kona Electric and Kia Niro EV models, both of which can be charged tier 2 pricing but don't receive the benefit of the higher charge speeds in that tier.

As a summary for context, the Hyundai Kona Electric and Kia Niro EV both have a maximum fast charge rate of around 75kW. That puts them right on the border of Electrify America's first two pricing tiers, the higher of which costs 37 cents more per minute. Over the course of a standard session to 80% from a low state of charge, this could easily cost Kia and Hyundai EV drivers $10-15 more for the session.

For a full explanation of the situation, read our original report on the Electrify America charging anomaly.

Since the issue was first identified by Out of Spec Motoring on YouTube and subsequently reported here on Torque News, we've received various comments from drivers of the Hyundai Kona Electric and Kia Niro EV confirming they have been overcharged. Here's a sample of those comments:

"My last EA charge never went over 65 kW (based on SoC) and yet I was still charged $0.58/min. When I called EA to report this and request a credit, they were quick to tell me that is how their system is intended to work."
-Robert, Hyundai Kona Electric owner

"I drove my Kona from Baltimore to Kansas City using mostly Electrify America stations. At every one, I was placed in the tier two pricing level even though I never exceeded 75kw, and most times my maximum draw was well below 75kw."
-David, Hyundai Kona Electric owner

"These rates are clearly an attack on Kia and Hyundai owners. Just to get to 80% charge, it's going to charge me a mini fortune."
-Tim, Kia Niro EV owner

"I don't think charge rate tiers is the answer. To me the answer is simple: have the tier be selected by the user when initiating the charge. If my Kona charged at 100kW, I would rather pay for tier 2."
-Michael, Hyundai Kona Electric owner

From the reports we've seen since the issue was identified, Electrify America has doubled down on its fee policy: the charge station received its maximum rate from the vehicle and the price tier is assigned accordingly.

With only a few thousand Niro EV and Kona Electrics on U.S. roads so far in 2019 - and even fewer of them using Electrify America yet, thus having no immediate need to complain to the manufacturer - unfortunately, it doesn't seem likely that either brand will put this issue high on its to-do list.

Another challenge that Electrify America is facing comes from the charging stations and the pressures upon them. At the start of the year, the network faced a temporary shutdown of most active locations, due to a safety issue in many of the charging cables it uses for CCS charging at 150kW and above.

The liquid-cooled cables on these units were the subject of an alert by manufacturer Huber+Suhner, which subsequently gave the all-clear to reactivate the cables after further safety tests revealed no concern beyond the isolated incident that prompted their initial warning.

The high-powered charge units, which are technically the fastest in the United States but have no production electric vehicles that can yet take advantage of that power, have also faced issues heading into the busy summer travel period.

In late June, one of the four suppliers that Electrify America uses for its charging stations, Efacec, acknowledged a potential coolant leak in the units it has supplied to the network. The issue automatically shut down some sites for safety, while others delivered limited and interrupted charge sessions, leaving drivers frustrated and looking for another charge site among the limited options available to non-Tesla drivers in many areas.

As a result of this, Efacec and Electrify America implemented a software fix that keeps stations online but restricts them to 50kW charging. This brings the future-proofed network right back to early fast-charging speeds or worse, as I experienced on a return journey from Ohio during last week's heatwave.

The limited power, perhaps combined with temperatures nearing 100°F, yielded a maximum charge rate of just 20kW on our Chevy Bolt EV, doubling charge time and cutting Electrify America's high-speed advantage out of the equation. We saw substantially better speeds on the one EVgo network location we visited, although it's also worth pointing out that it cost nearly twice as much for the energy.

Overall, these are temporary issues that the Electrify America network has either handled or will have resolved soon. Nonetheless, it highlights the inherent advantages of using a charging network vertically integrated with the automaker, as is the case with Tesla's Superchargers, compared to the varied results and performance delivered by third-party charging networks.

What we can say in their favor is that Electrify America is tantalizingly close to becoming the first non-Tesla charging network to enable coast-to-coast travel in the U.S. There are still a few gaps, but with almost 500 sites expected in place by the end of the year and cycle 2 investments starting to flow into new areas, this is the only tangible reason to be excited about EV infrastructure that doesn't start with the word "Super".

Now, if they can just acknowledge that Hyundai Kona Electric and Kia Niro EV drivers shouldn't have to pay 75kW+ rates for charge speeds that barely scrape the advantages of that power level, Electrify America will be back on the right track.

Watch Top 10 Most Sold Electric Vehicles in USA During 1st Half of 2019 and Click To Subscribe To Torque News Youtube Channel for Daily EV and Automotive News Analysis.

Have you experienced problems charging with Electrify America or has the network helped you to travel far beyond your expectations in a non-Tesla EV? Whether it's good or bad news, we'd love to hear your thoughts in the comments.

tim wrote on July 30, 2019 - 1:31pm Permalink
Summary: they are just saying pay up...good customer service model. There might be away to make this a little cheaper. David Anstutz' on youtube had a great idea, but you have to have the monthly charging plan. He has the Kona EV and it peaks around 76 kW like my Niro while charging and this lands him tier 2 pricing, but he using his service plan for $4 a month, He says once the charge fall under 70 kW he unplug the charger then start a new charging session that start under 75 kW and you will be charged the tier 1 pricing. I guess if you have to connect 2 times every-time you use a EA charger, it would be worth it getting the plan. Thought this is a pretty crappy charging model. Sound like they aren't going to change this model any time soon. Like any company they want to make a buck, and who cares about the customer.
Steve Birkett wrote on July 30, 2019 - 3:01pm Permalink
Bizarrely, EA actually started to promote their pricing structure - or at least explain it - via social media this week. Several folks, including myself, have left feedback that the current situation is unacceptable for Kona and Niro EV drivers. I got a reply saying that they've received a lot of feedback to that effect and are circulating it internally. While Electrify America is supposed to be a profitable business venture in the long term, they currently have the federal settlement mandate to fulfill and will have to watch their step as far as customer complaints go. If there's enough pressure, I've a feeling they'll change the policy before the year is out.
Steve wrote on August 3, 2019 - 12:13pm Permalink
Can't find the referenced link on YouTube; could you please provide a link?

Tsingshan's Threat to Tesla: EV Maker Is In Battery Crosshairs
Tesla-Funded Research Reveals One of The Biggest Mysteries of EV Battery
END_OF_DOCUMENT_TOKEN_TO_BE_REPLACED