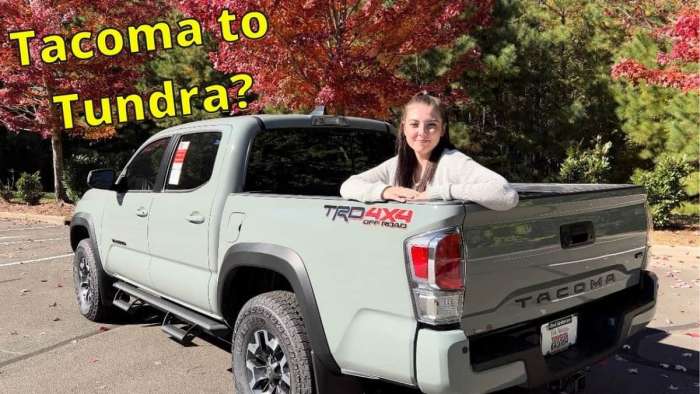 Hear from Tundra owners and see why they traded their Toyota Tacoma to get one.
Advertisement

There is plenty of talk around the Toyota Trucks water cooler these days.

We have a next-gen 2022 Toyota Tundra coming out next month. Plus, there is a lot of speculation about when next-gen Toyota Tacoma will launch. There may or may not be spy shots of a new Tacoma circulating around the internet.

But it was something I read online this weekend that caught my attention. 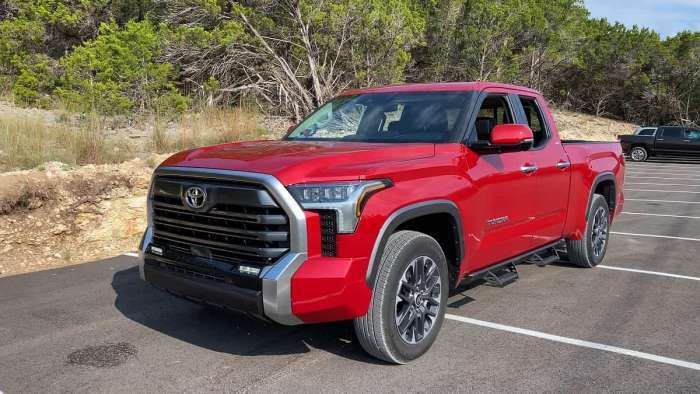 I was looking for news about 2022 Tundra and came across this poll question in the Facebook group “TundraCrew.” Over 67,000 Toyota Tundra fans (and Toyota Tacoma fans too) post about their favorite full-size truck here.

Here is the statement, “I've noticed many Tundra owners came from Tacomas.” And then readers had several answers to choose from. People could either choose the few given choices or they could write-in their favorite answer.

Tundra owners responded with many answers, but the top answer was “Traded my Tacoma for a Tundra (320 votes).

I want to explore the Toyota Tundra owners who traded out of a Toyota Tacoma. 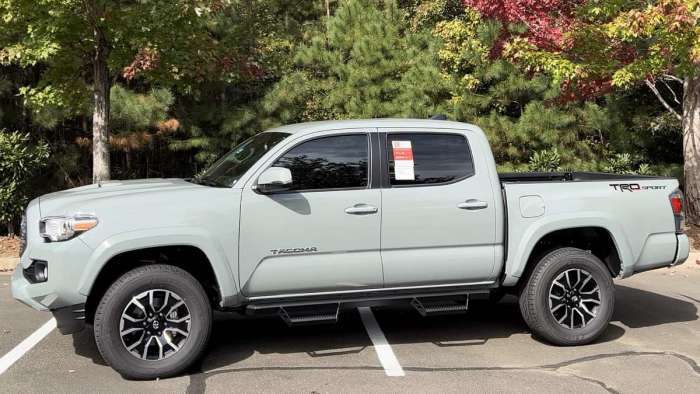 Tundra owners commented with their reasons for switching out of a Tacoma into a Tundra. I found their answers really interesting.

Jeremy commented. “I think Tacoma’s are really popular among the younger generation (20’s and early 30’s) and single people. But as children get bigger and families grow along with desires of what is needed out of a pickup the Tundra just seems like a natural progression for those already in a Toyota Pickup. The Tacoma is great but it’s not worth a darn as a family pickup in my opinion.”

VIDEO YOU MAY ENJOY: My friend Christina takes a closer look at 2022 Tacoma TRD Off-Road in Lunar Rock.

“I absolutely loved my Tacoma. I traded up for the towing. And my husband says it's for the back window.” Laughed Angie.

Watts added. “Had Taco for 11 years. The interior was just way too small, which is why I went to Tundra. Plus, V8 gets slightly better mpg.”

“Traded my Tacoma and regret it every damn day.” Declared a sullen Megan.

Zane had an interesting path to purchase. “Basically, traded Tacoma for Tundra. Traded the Tacoma for a RAV and bought a Tundra.”

Josh had quite a few thoughts. “I had a Taco, then took my wife’s 4Runner for a year (after she went to a sports car), then came to the Tundra to get a bed back and more room. I REALLY miss my Tacoma for daily driving when I was alone, but as far as having the family in it during the evenings and weekends, the Tundra is a no-brainer. Plus, it pulls my boat with ease, the Tacoma struggled.”

Time for Your Toyota Tundra Comments

To me, there are clear reasons for wanting to own and drive both Toyota Tacoma and Toyota Tundra.

Tacoma is an ideal size for many activities and offers a nice combination of people space and versatility. Plus, it is one of the most dependable vehicles on the planet. There is a reason people joke that you just cannot kill a Toyota Tacoma.

Both are extremely reliable and can drive for hundreds of thousands of miles. In fact, my friend Mike Neal in North Carolina has over 1.5 million miles on his 2008 Tacoma.

What are your reasons for buying either truck? Would you rather have a Tundra or a Tacoma?

See you next story when I share a huge markup on a RAV4.

LG's New EV Battery Plant Is a Welcome News for Tesla
Tesla Giga Berlin's New Hurdle: It's Not Only the Gov't, but Now Tesla Itself
END_OF_DOCUMENT_TOKEN_TO_BE_REPLACED