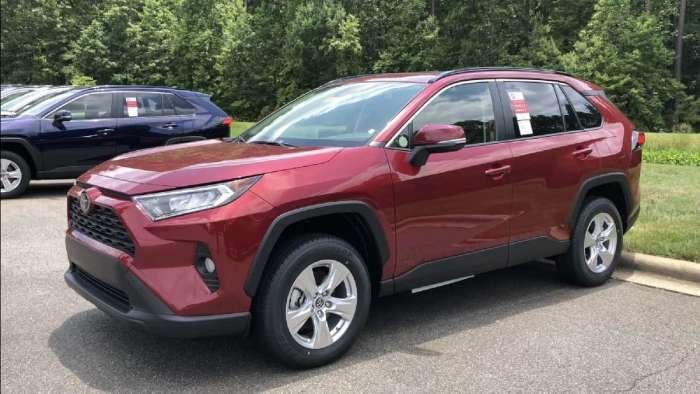 Meet Steve Bowe, or Bobo, as he is known to Howard Stern Show fans. He is not only the show’s #1 superfan, but also a prestigious driving instructor who happens to drive a Toyota RAV4 himself. Learn his thoughts on Toyota’s incredible safety features and pick up some helpful driving tips along the way.
Advertisement

As a writer covering the automotive industry, I research day in and day out the constantly changing and improving safety features in today’s vehicles. One of my professional passions, though, is meeting and sharing the stories of interesting people who work to improve the lives of others.

Today I met a man who has worked most of his professional life helping make drivers safer on the road. Ladies and gentlemen, meet Steve Bowe.

What are Steve’s credentials for discussing Toyota Safety?

For fans of The Howard Stern Show, you probably best recognize Steve Bowe (pronounced “Bowie”) as Bobo, the program’s self-proclaimed “#1 Extreme Superfan.” Never have I run across someone more dedicated and devoted to an entertainment show than Bobo.

On a side note, how ironic is it that a show featuring “Baba Booey” (the show’s long-time producer) has as its top superfan a man named Bobo Bowe? Irony. Serendipity.

Steve has another passion, though, that has kept him busy for the last three decades and that is promoting driver safety to the masses. “Safety has always been my passion in life helping people stay safe on the roads.” 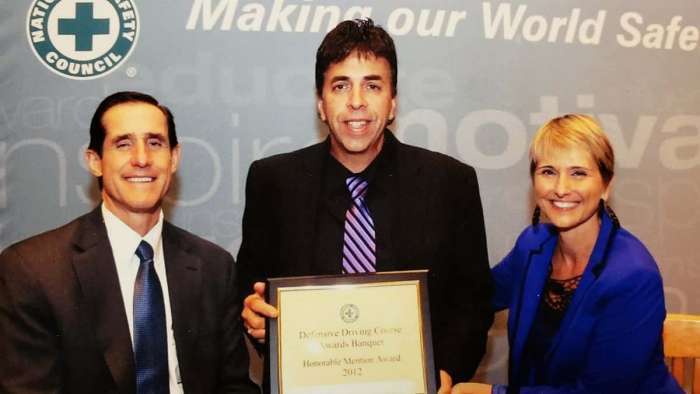 For over 37 years, Steve Bowe worked for the Postal Service instructing their drivers on road safety and improving their driving through remedial training after any work-related accidents. Because of his commitment to excellence, Steve received many awards and certificates.

I did my own research as well. Steve strongly advocates for a law to be passed that mandates that all passengers of all ages must wear seatbelts while vehicles are in motion. He has also won so many local, state and national driving instructor awards that it would probably make Ronnie the Limo Driver envious.

I happen to cover Toyota news for my job, for my popular “Toyotajeff” YouTube channel and for Torque News. So, when I learned that “Bobo” drives a Toyota RAV4 himself, I jumped at the chance to get his thoughts on the Toyota product and how it applies to vehicle and driver safety.

Steve “Bobo” Bowe is a big advocate of Toyota’s commitment to safety, especially with its proactive Toyota Safety Sense (TSS-P). TSS-P is a series of safety features that help prevent front and side collisions, along with nighttime incidents. It can be found not only on the 2019 RAV4 and RAV4 Hybrid, but Toyota icons like 2019 Tacoma and 2019 Camry as well. Let’s let Bobo tell the rest:

I am practically an expert on the many benefits of Toyota Safety Sense, but it was fascinating to get the perspective of a man with such a distinguished safety track record. He really “Hit ‘em with the Hein” with this one.

“I do honestly feel such a sense of safety. Toyota has really hit the mark on the fact of putting in a collision warning system which alerts you, the driver, of perhaps getting too close to a vehicle ahead.”

“I have to say this came into really good use yesterday when I was in Manhattan. This (pre-collision) also applies to pedestrians as well. The alarm will sound warning you that someone or something is too close to your vehicle.”

“The lane departure is key to keep the driver where he should be with regards to staying within the lines.”

Of course, the 2019 RAV4 lane departure alert system utilizes a camera located inside the front windshield facing out. If the camera sees your car veering across either side of your lane, it will beep at you to steer back into your lane. Steering assist will gently nudge you back into your lane if you do not make your correction first.

Steve gave his Toyota RAV4 a ringing endorsement for its blind spot monitoring system. “Also, the warning system to alert the driver that he has another vehicle in his blind spot is key since I've been teaching for years with National Safety Council to always adjust your mirrors so you don't see the sides of your car.”

“I have to say all of Toyota's vehicles I feel safe when I'm with my family driving out on the road. I just completed my road trip from Florida to New York. I felt a good sense of safety with Toyota.”

Do not text and drive

Just as “Bobo” Bowe is passionate about making sure he has written down (and not off the cuff) the perfect question to ask Howard Stern during the show, he is just as passionate with preaching the dangers of texting while driving.
“I do know that distraction due to texting according to the National Safety Council you're 23 times more likely to be involved in a crash.”

Any final words on the Toyota brand?

Steve is a big fan of Toyota and has also owned a Toyota Camry SE in the past. “I found the handling with that Camry worked really well. The car worked well on turns. It really hugged the road really well. I always liked the control I had with that vehicle.”

And to sum things up nicely and with a big Bow(e): “I always valued Toyota five-star crash rating as well with the vehicles. It's always been top of the food chain with me for driving safety.”

I am not quite sure The Howard Stern Show staff realizes just how important Steve Bowe is in the world of driver education and safety.

Remember, I did say I did my research. Steve has also won many other awards, including “Special Achievement Award, Certificate of Appreciation, Suggestion Awards 12 different times, and Honorable Mention for National Safety Council.”

I feel it is time to bring his razor-sharp instructing skills to the Howard Stern Show now. I feel Steve could offer important tips to every member of the staff that might improve their driving.

The real question is, will Ronnie the Limo Driver accept the challenge to have Steve evaluate his driving and offer him some helpful driving tips? Game on Ronnie. Let’s get this started.

Thanks for reading everyone. Please check out and subscribe to my “Toyotajeff” YouTube channel for the latest in Toyota news and reviews. See you next story in which I discuss the 2020 Toyota Tacoma, its blind spot monitor and rear cross-traffic alert.