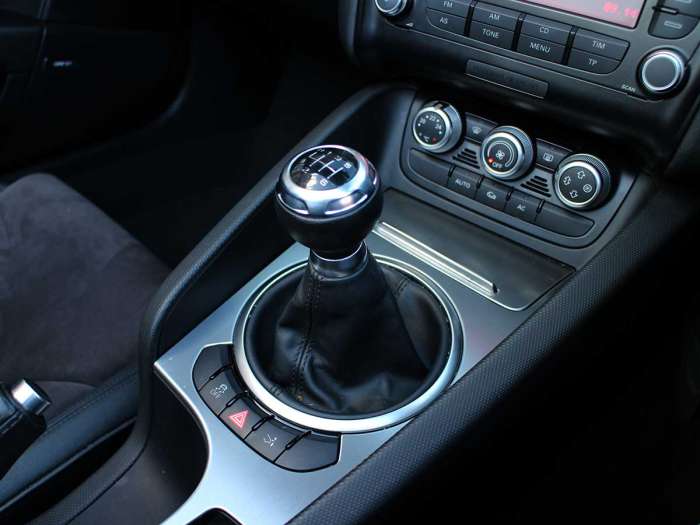 Audi Enters The Age of Practicality

Don't lament Audi's goodbye to manual transmission. Here is why it's good for you in the age of practicality.
Advertisement

Enthusiasts can’t believe their ears, yet this industry-wide trend makes a lot of fiscal and practical sense: Audi says only 5 percent of A4s recently sold with a manual 6-speed transmission. And it’s not just Audi - other manufacturers are following. Because there’s a great disparity between what enthusiasts say and what they buy, and I think I know why that is: we have entered an age of practicality.

As a millennial, I grew up driving an automatic. So did my most of my friends, including my wife. And in 2018, it seems that most people prefer automatics, because that’s what they’re buying. But that begs the question: If there’s so much outcry for manuals, why aren’t people buying them?

The manual transmission serves no practical purpose anymore, except to confuse drivers unfamiliar with three pedals and a gearshift. Manual transmissions used to have two real advantages: better fuel economy and better performance. But that’s simply not the case anymore. Better fuel economy resulted from more gears, the classic five-speed compared to the four-speed automatic, as well as the ability to coast at an idle instead of constantly pushing the gas pedal. Better performance came from having more control over engine speed through use of the clutch. However, modern engine design features such as reduced friction combined with Continuously Variable Transmissions (CVT) allow for optimum fuel efficiency. High performance is easily achieved with high gear, double-clutch transmissions coupled with optional paddle shifters. So if not for fuel economy or performance, why buy a manual?

It’s all about feeling in control. Automatics and CVTs take control away from the driver and leave it to on-board computers. And why is this a bad thing? Have you ever driven a manual? It’s fun for about five minutes. Clutch dropping, engine revving, speed shifting. I get it, it’s kind of cool, I drove a manual for about a year. But if you’ve ever been stuck in gridlock, felt the swell in your ankles from constant clutch and brake work, been stopped at a light on a hill, then you’d agree that manuals are more trouble than they’re worth. They belong in auto sports, driven by trained professionals who require that control.

Do you think my wife cares about rev matching or double clutching when she’s picking up our daughter from daycare? No. Because that’s the average driver: a person running errands and commuting, not hitting the racetrack. And busy average drivers don’t have the mental or physical wherewithal to deal with shifting gears. So we happily pay more for automatics and CVTs that give us the practicality and peace of mind we need in a world that’s becoming increasingly busier and more stressful. The manual transmission is one more thing to worry about when you get in the driver’s seat, and people clearly don’t want it anymore.

Don't Miss: Now You Want One as They’re Getting Rid of Them: the Manny Tranny: The Lazy Driver vs. EVs.

John Goreham wrote on August 21, 2018 - 10:38pm Permalink
A breath of fresh air. Well said. As a person who has owned manuals in Supras, trucks, Civic Si cars, Integras, and a Miata I agree completely. There is a place for manuals in cars. A very very small place. So tired of old farts telling us we need to "save the manuals." Time to evolve. Keep them in the Miatas, BRZs and 124 Spiders and ditch them for mainstream cars. They are already gone from the exotic and high-performance cars. Why? Because the owners don't want them.
Daniel wrote on October 30, 2018 - 4:59pm Permalink
Unless you die young you will be an old fart some day.