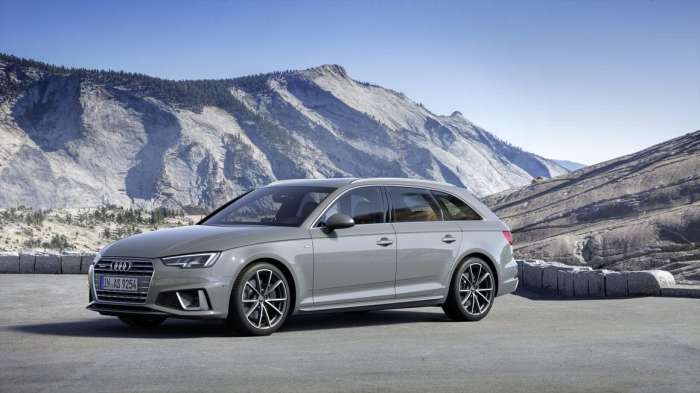 2019 Audi A4 To Offer Only Seven-Speed Automatic

After checking the numbers, it is official: the Audi A4 won't be offered with a manual transmission in 2019. Indeed, if you look at the numbers that show fewer than five percent of vehicles are delivered with manuals, then you can probably conclude that the manual will soon be extinct at Audi.
Advertisement

Here’s a funny paradox: Audi, though a luxury carmaker, has some vehicles that would seem great equipped with manual transmissions. Indeed, it’s easy to see someone sitting behind the wheel of a TT running through six gears as the engine wails.

But, here’s the thing, Audi is dropping manuals due to a lack of demand. The figures are there, according to Car and Driver. Granted the magazine was focusing on a different model for its numbers, but, it is likely the same across all of Audi’s lines. So, using the A4 as a gauge, it seems that only five percent of A4 sales in the U.S. are set up for manuals. The Audi A4 Offers The Following Features.

This means there is only one transmission option a seven-speed, dual-clutch gearbox.

Meantime, the A4 will receive a cosmetic update for 2019, aimed at keeping the vehicle fresh. Audi Has Refresh Plans For 2019 A4. The planned style updates include:

The European version is set to have an S Line Competition model that features special Turbo Blue paint and Selenite Silver finish on the front bumper. There is an RS-inspired wing for the Avant wagon.

The 2019 A4 is set for sale in Germany in the third quarter of 2019. Though there is no dating of when it will arrive here, given that the A4 sells heavily into the U.S. it is likely it will reach America about the same time. There’s no pricing available yet, as well.