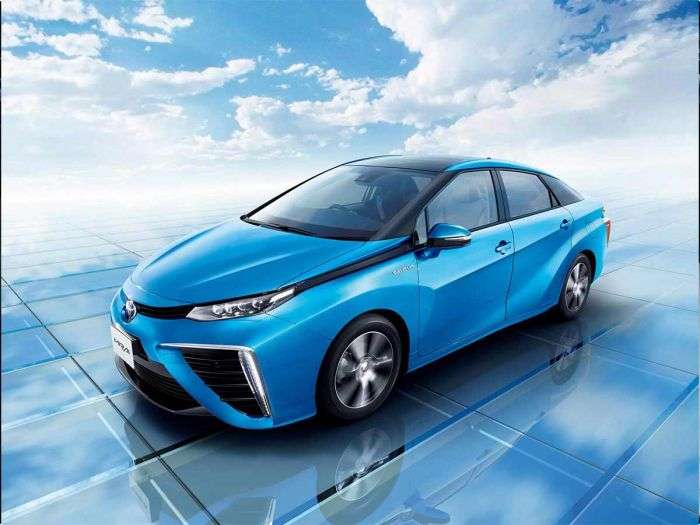 Toyota Mirai, Honda FCV Are Impractical, Despite Their Advantage Over EV Charge Times

Hydrogen Fuel Cell vehicles have an advantage over lengthy charging times of electric cars, but cars like Toyota Mirai and Honda FCV are not practical. Major car makers are not correct to believe that Hydrogen Fuel Cell Vehicles are the future.
Advertisement

While many carmakers are making a shift to battery-electric and plug-in hybrid vehicles as a solution to growing concerns over traditional gasoline-fueled internal combustion engine vehicles, Toyota/Lexus argues that hydrogen fuel cell vehicles are the ultimate solution. They claim that it only makes sense to look at current plug-in EVs as stepping stones on the path to mass adoption of hydrogen fuel cell vehicles.

A major issue Toyota has is that they believe it’s easier to market an eco-friendly vehicle that refuels in just a few minutes than it is to market one that takes a few hours to charge.

It can take just around three minutes to add 200-400 miles of range to a hydrogen fuel cell vehicle, which would be great if hydrogen were a fuel that’s as readily available from coast to coast as electricity is. Hydrogen fuel cell vehicles require the development of entirely new refueling infrastructure, a project that would take decades to complete. Meanwhile, practically every building currently in use is wired for electricity.

The majority of current battery electric vehicles have a range of 100-200 miles per charge, which is more than sufficient for the commute of the majority of drivers on the road today. Would you prefer to take a few seconds to plug in a cable every night when you return home to charge your car, or would you rather go out of your way to find a specialized refueling station every 200-400 miles to refuel your vehicle with hydrogen?

From a convenience standpoint, hydrogen fuel cell vehicles have no benefit over current gasoline and diesel-fueled vehicles since they still require drivers to go out of their way to refuel.

It would be more efficient to drive cars powered directly by electricity, rather than drive cars that run on a fuel which uses electricity in order to be created. This is especially notable when one considers that electric vehicle owners have the ability to reduce their own individual carbon footprint by installing solar panels in order to charge their vehicle using renewable energy, while a hydrogen fuel cell vehicle owner would have no control over the method used to create the hydrogen that they use. This gives individuals the ability to be more environmentally responsible with their energy use on a more direct level, while also increasing their energy independence from large corporations.

It’s preposterous to believe that hydrogen fuel cell vehicles are a reasonable alternative to the vehicles fueled by gas, diesel, and electricity that are currently on the market. Even gas fueled hybrid electric vehicles are a more reasonable alternative despite their dependence on gasoline; gasoline is so readily available and the production of hydrogen is not currently much better for the environment than efficient gasoline-fueled vehicles.

The main disadvantage to hydrogen fuel cell vehicles would be the current refueling infrastructure, especially when compared to the availability and convenience of charging an electric vehicle at home. It’s only a matter of time before more consumers and automakers catch on to the idea that EVs are the future, while fuel cell vehicles aren’t as practical as plug-in electric vehicles.

Jeremy wrote on June 20, 2018 - 5:20pm Permalink
I think it took a while for infrastructure to accommodate hybrids well I think I will be in my 50s for the time you can pull up to a local BP connect and pump hydrogen without thinking about it.
Matt wrote on June 20, 2018 - 5:24pm Permalink
It takes me less than 10 seconds a day to fill my EV, and I never have to go to a special station with my credit card that is inconvenient and slow.
Reynaldo wrote on September 4, 2019 - 1:31am Permalink
Don't forget the main source of nowdays battery and future battery is limitless, the waste of battery will also became environmental issue