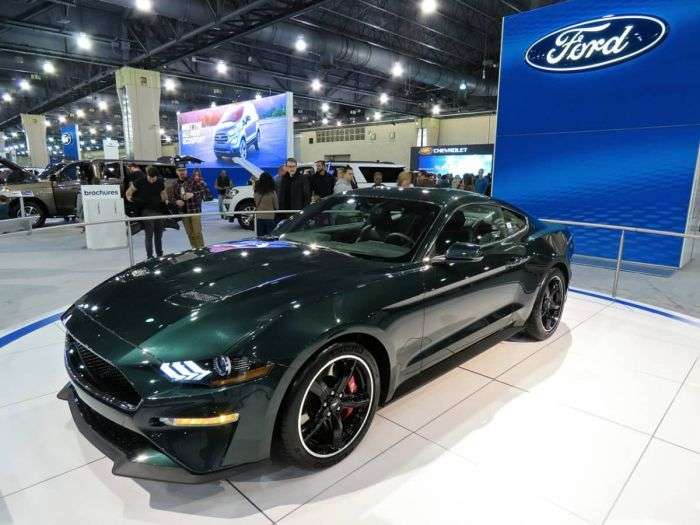 The criticism against Ford: passenger cars to be axed

The chairman of Ford motor company is defending their decision to stop making passenger cars. This means we are bidding farewell to the Ford Fusion, C-Max, Fiesta and Taurus. Ford is not the only US manufacturer doing this. Chrysler-Fiat has already said goodbye to The Chrysler 200 and the Dodge Dart back in 2016. GM has also announced the cancellation of many of their car lines.
Advertisement

Ford has taken criticism from the press and it's own board members over the news that it is stopping car production to focus on SUV and truck production. The beef is that Ford is abandoning it's customers by cancelling their car lines. This will leave Ford with the Mustang as it's only car. The newly minted Ford Eco Sport, Ford F-150, Edge, Explorer, Escape, Expedition, and their commercial vehicles round out the lineup.

Wow they are really leaving the buying public with few choices unless you want to buy a four door passenger car.

The rest of the car industry is moving in this direction.

Chrysler-Fiat has already gotten out of the car business. GM is reportedly set to cancel the Chevrolet Impala, Sonic, Volt, Buick LaCrosse. Cadillac will lose models including the ATS. Apparently the market for sedans has dried up. Pickup trucks generate a vast majority of sales for all three automakers. Ford sold 896,764 pickups. Chevrolet and GMC a combined 803,807 pickups and Dodge sold 500,723 Ram trucks.

Who is buying passenger cars?

There is still a market for passenger cars. I for one at this point in my life prefer my Chevy Volt hatchback. It has plenty of cargo space and with just my wife and I it meets our needs very well. Young first time buyers also will choose something like a Ford Focus because the entry level price is something they can afford. Some older buyers who traditionally like Buicks, are choosing small crossovers. The best selling Buick is the Encore and you can bet many buyers of that vehicle were previous owners of the vaunted Buick LeSabre or even the previous generation LaCrosse. The newest LaCrosse is by all accounts a fine car but They are piling up on lots across the country.

The future of passenger cars.

I am focusing on the US market because the cancellation of car lines are coming from US automakers. Chevrolet will more than likely keep the Spark Micro car. The need for that size of commuter car is there. The Camaro has been spared because it is a halo car and the competition between it and the Ford Mustang is legendary. Chrysler will keep the Challenger and the Charger is a great police car. The Chrysler 300 will likely fall to the axe. Buyers just prefer Crossovers. Trucks are the biggest profit makers. Contractors, lawn care and other businesses rely on trucks. You also have the buyer who likes owning a truck but will likely never haul a bag of dirt or a load of bricks.

And so it goes.

When you look around you on the road, in parking lots and driveways, the vast majority of vehicles you see are trucks and crossovers. We are still buying and driving cars and I think that we always will. Not everybody wants to drive a truck. Not everyone needs a three row crossover. It is interesting that the European, Korean and Japanese automakers seem to have no plans to cancel their car lines. BMW and Mercedes also seem to have no trouble moving 2 door coupe's. The American automakers have not fielded that body style for years. The latest electric cars coming from Hyundai, Nissan are 4 door cars with crossovers to come.

Curiously, Tesla's Model 3 is a 4 door with a trunk. Cadillac will have a flagship 4 door sedan with styling based on the Escala concept and possibly a smaller sedan to replace the departing ATS and slow selling CTS. As for me I'm sticking with my four door Volt until GM stops making them. Because I will never go back to a vehicle that runs only on gas I may have to join the crossover crowd. When the Volt goes away I will have to move to a Bolt. But I am hoping for a crossover with the Voltec electric gas generator drive train. That's the scenario that will get me into a crossover.