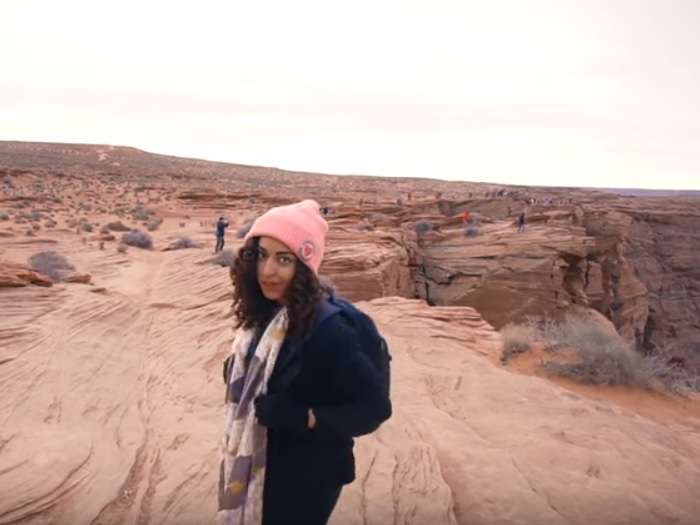 How the Tesla Model S may give you range anxiety, all the way to the grand canyon

A couple from Atlanta decided to take their Tesla Model S on a road trip across the United States and pushed the car to it’s limits in long distance driving. And then range anxiety at Grand Canyon.
Advertisement

An Atlanta couple, the Renee’s, used the trip tracker feature in their Tesla Model S and found that the entirety of their trip totalled 5500 miles (8851km). Over the course of the trip they had to stop at 38 superchargers and Renee mentioned that each supercharger was located near a gas station or small shopping complex where they were sufficiently entertained while they waited for their Model S to charge.

What they did notice was that not all superchargers are made the same. Commenting on how at some stations they were able to charge their car at a rate of over 300mi/hr while other charging stations only gave juice to the car at a rate of 226 mi/hr. If you’re planning on going on a long distance trip the charging speeds at each station are something to keep in mind if your want to predict your time frame accurately.

The couple managed to stop in many popular destinations such as Horseshoe Bend, the Grand Canyon, Joshua Tree Park. Most National parks and attractions in the US have a charging station at at least one of their entrances and usually that charge will last you through the entire park until the next charging station. Knowing which entrance the station is located at though, is something to keep in mind as it may not always be the one most convenient to your route.

Their trip was taken during the winter and the couple raved about the very convenient feature in the Tesla Model S which is the ability to start heating your car before you get to it. The couple especially took advantage of this feature when they were making their way back to their car from a short hike that left them rather cold. Coming back to a toasty Tesla Model S after a scenic hike sounds like quite the treat indeed.

If you’re no stranger to living in a cold climate you know that waiting for your car to heat up in the mornings is one of the most uncomfortable winter experiences. Knowing about this feature in the Tesla Model S is something to keep in mind in you’re considering using a Tesla in a colder climate.

One of the largest drains on energy in the Tesla Model S is the speed at which you drive your car. Your Tesla will actually tell you when you should slow down to conserve your battery. As the Renee’s experienced when the were traveling to their next stop, their car warned them to slow down in order to conserve the battery power such that they would arrive at the superchargers with at least 5% charge left. Since they were traveling such long distances the couple really pushed their car to extremes sometimes barely making it to a supercharger with on 1% battery left. Though this made them quite nervous at the commencement of their trip, by the end of it they were confident in the calculations that their car was making for them and trusted it enough to push their car its limits.

Also See: This Tesla Model S is literally floating in a flood bag in flooded garage in Houston.

Have you taken your Model S Tesla on any long distance trips? If so, did you have similar experiences to the ones mentioned above? Let us know in the comments below.

Bryan wrote on February 16, 2018 - 6:42am Permalink
Within a few miles of Horseshoe Bend where they took the sunrise picture is the supercharger located at the hotel where they spent the night in Page, Arizona.
Sean wrote on February 16, 2018 - 6:42am Permalink
There are also some destination chargers at hotels around the canyon.
Duane Thompson wrote on February 16, 2018 - 8:56am Permalink
I took a 5,000-mile trip from D.C. to Phoenix last August in my Model S 100D and went through at least two EV 'deserts' in southwestern Kansas/southeastern Colorado. The other was on Interstate 10 east of Tucson to El Paso. In both instances I had to slow down my driving and my S got down to the 1 percent level before finding non-Tesla charging stations using PlugShare. Since my trip Tesla has opened three new Tesla superchargers on the I-10 route that have easily eliminated the gap for east-west travelers in southeastern AZ/southwestern NM.