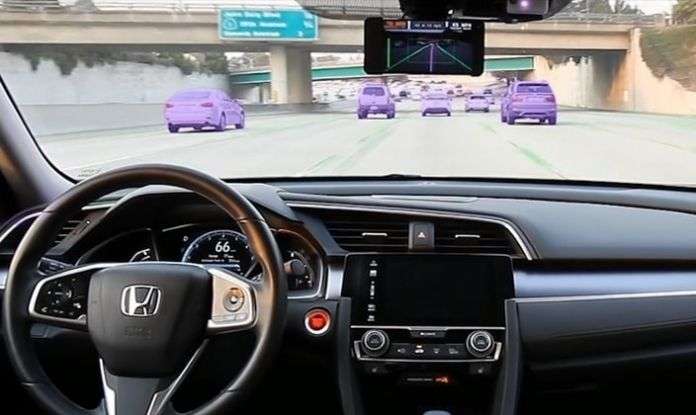 Comma.ai Inches Closer to Self-Driving For All

You might not have to buy a new Tesla or any new car to get self-driving tech in your driveway. Older cars like Nissan and Honda may soon self-drive as well.
Advertisement

Follow enough auto news sites, and you are sure to regularly hear about self driving cars. Tesla and other high-end models seem to be the most well-known for this, but other new cars at lower price points like the 2018 Nissan LEAF are offering some form of autonomy. It’s easy to assume that something as advanced as self-driving couldn’t be added to existing cars, but you’d probably be wrong.

The Comma.ai team is slowly expanding their list of supported cars for retrofit, and your vehicle may eventually be on the list. Even better, you don’t have to be a developer or engineer to pitch in!

George Hotz (aka “geohot”), the guy who brought us the iPhone jailbreak and Playstation 3 hacking, has been busy the last few years with cars. Since 1996, nearly all vehicles sold in the US came with the OBD II Port. While this was intended for emissions testing and diagnosing “check engine” lights, experimenters and enthusiasts have found that a wealth of data can be had from this port. Even more promising, data can be fed into this port to control many aspects of a car’s behavior.

What started as some simple garage hacking led to the formation of a company dedicated to selling self-driving retrofit kits for popular late-model cars, but regulators weren’t as excited as the rest of us. After a demand for more information on the kit, Hotz decided to open source the project, leaving federal regulators with no single entity to target for regulation.

While you can’t just plug something into any car to make it self-driving, the Comma.ai team is still headed in that direction. For newer cars with advanced sensors, radar, electric power steering, and electronic throttle control, this is a much easier task. But enthusiasts are still looking to add that hardware to older and older models moving forward.

To help accomplish this task for a wide variety of vehicles, non-developers can pitch in, too. There’s an advanced OBD II dongle called the “Panda” and software called “Cabana” to make reverse engineering the vehicle’s data much easier. For complete non-technical drivers who want to pitch in, there’s the Chffr app on Android that watches you drive so the AI programs in development will have human examples to learn from for now. If you’d prefer to just pitch in funds, they’re actively looking to pay “bounties” for new car models to add to the list, so that helps too.

While there have been no recent “breakthroughs”, the project continues to expand to more vehicles and improve, so maybe a breakthrough isn’t what we are looking for. Even if you check out their site once a week, there's usually something new. Their project can now run certain vehicles for minutes at a time, and the time keeps growing, so it will eventually get to the point where it's more useful for more drivers. Comma.ai needs people of all skill levels to pitch in to make self driving for your current car a reality. Check them out today to get started!

LG's New EV Battery Plant Is a Welcome News for Tesla
Tesla Giga Berlin's New Hurdle: It's Not Only the Gov't, but Now Tesla Itself
END_OF_DOCUMENT_TOKEN_TO_BE_REPLACED