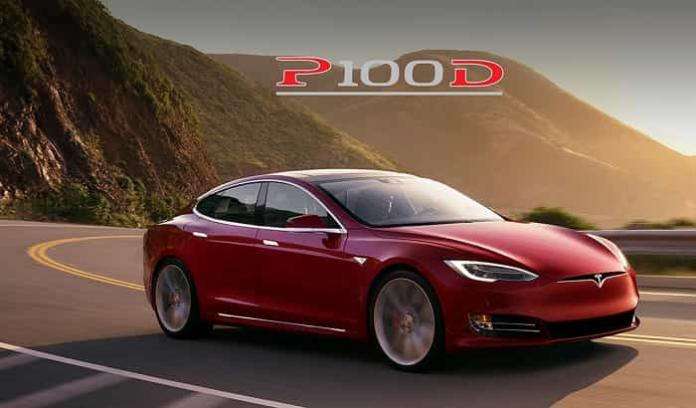 A recent email from a Tesla dealer caught the attention of the Tesla Motors Club. A very interesting and unusual sentence was in this email “We are offering showroom incentives up to $30,000 off the original configuration price.” This phrase is not one Tesla themselves say often, and with a standard list no lower than $75,000 did the Model S and Model X just drop in price, if so why now?
Advertisement

Recent data suggests that Tesla is struggling to move current Model S and X inventory due to the excitement over the Model 3. Being that Tesla is a very forward-thinking company they are likely worried that investors will see the dip in sales and grow anxious. But who can blame consumers? All reviews and reports show that the new Model 3 is all the luxury of the current high price Tesla models, without the high price.

I can easily see a case for offering a better price than normal to close out the third quarter strong since the delivery numbers on the new Model 3 are not likely to exceed 500 units. Most sales will come from current dealer inventory for the remainder of the quarter. It may also be that this specific dealer, the email was not from Tesla directly, was falling short on sales quotas or needed to move inventory off the lot. An odd scenario, but one that may have played out well for consumers.

Well, not so fast, a spokesperson for Tesla squashed any hopes of these deals with his comment on the story. Telling those speculating that the email and deals are unauthorized and inaccurate. Tesla doesn’t do deals, saying, no Tesla customer ever has to be concerned with getting a good deal. And clearing up that the dealership was referring to the price adjustment on vehicles that are used, or service loaner, or have been repaired.

Tesla’s business model doesn’t allow for deals, a position they’ve made clear a few times. This to me is the essence of Tesla. They have the same kind of negotiation strategy that America does with terrorists, we don’t. That’s to say when you buy a Tesla you’re buying it because you want the best. I agree with Tesla on this philosophy, it is better for consumer and producer not to negotiate, because in the end someone wins and someone loses if there are negotiations. Without them I think the customer and the company get to win.

For all it’s worth Tesla’s business model seems to be working out for them, they may be struggling to turn a profit but investors continue to reward Musk and sales have remained strong. I wouldn’t be surprised if Tesla were to start offering lower pricing on current inventory Model S and X due to the nature of what their trying to accomplish with the Model 3. A million units produced annually and at a price point lower than Tesla has ever been before. Musk’s ambition may completely reorient the company from a luxury brand to an everyday brand know for quality and reliability. The Model S and X may be less popular with consumers after if the Model 3 keeps on its current course.

kent beuchert wrote on September 5, 2017 - 5:56am Permalink
"Musk’s ambition may completely reorient the company from a luxury brand to an everyday brand know for quality and reliability. " Practically every car in production today is reliable. Electrics are SUPPOSED to be more reliable because their drivetrain is so simple (well, perhaps not in Tesla's case). Its is also quite obvious that Musk is not attempting to produce the most reliable car - he has stuffed his cars with an inordinate number of electronic gizmos to attract buyers. Tesla Motors at this point has absolutely the world's worst service and (proprietary) collison repair - also the most expensive. Anyone unaware of this situation has no business offering opinions about the company. Tesla's model lineup is limited - they have three models, two of which are virtual clones and two of which are priced way too high. The Model S dooms the two high priced flavors, especially since Musk has optioned up the Model 3 well into Model S territory. And the Model S did NOT receive the battery pack improvements in the Model 3, a sure sign that production of the Model S will end in the near future. Also unmentioned is the virtual avalanche of electric cars that will come pouring out of the world's automakers production lines, many of them matching the Model 3 and Model S in every way, and then some - large SUVs that Tesla lacks -even matching and significantly improving on Tesla's planned tractor trailer by Cummins (Cummin's electric has a range extender which allows it to do every kind of hauling job, while Tesla's tractor is a short haul vehicle, which dooms it from the getgo.) Musk has blundered badly. What's even worse is that Tesla owners will be on the short end of the public charging station netwroks - ALL of the world's automakers use either the CHAdeMO or SAE Como DC fast chargers, which are currently being upgraded to much faster recharges. Tesla also loses their $7500 govt subsides for buyers and their ability to sell zero emission credits to other automakers. This gives the competition (BMW, Buick, Mercdes-Benz, etc) a giant price advantage. And those automakers have far,far superior service and repair facilities. I estimate that there will be over two dozen electric models at dealerships in the next two years. BMW alone can produce an electric version of every single model they make. Their Series 3 electric matches up very well against Tesla's Model 3. It will appear this month in the Frankfort Auto show. GM alone will have at least twice as many models as Tesla in the next two years. Ford as well. Musk will finally face something he has never faced before - competition, and on the short end of those govt subsidies - selling zero emission credits alone brought in $150 million per year to Tesla. No more. And, as one auto analyst pointed out : Tesla has no "Moat." It has NO patents to protect its products from competitors. Anyone can buy the same batteries and electric motors as Tesla, and those parts constitute the sum total difference between a gas powered and electric powered vehicle. And now we hear that Tesla's battery "gigafactories" cannot produce batteries any cheaper than Japanese factories, much less Chinese factories.