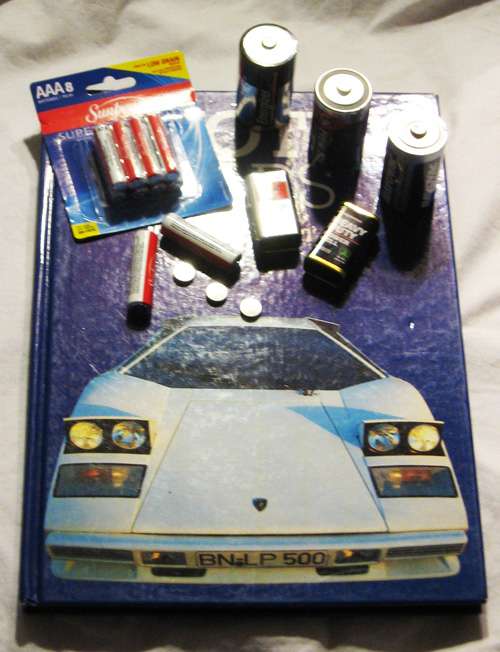 Will the much needed breakthrough battery please stand up?

What do grounded Boeing 787s and plug-in cars have in common – it’s the lowly lithium-ion battery of which we ask the impossible on a regularly recurring basis.
Advertisement

At a local event surrounding the press tour of the Ford Focus plug-in, one speaker tried to simplify the complex chemistry and physics of battery power by saying you take anything from the left of the Periodic Table and mix it with something from the right side and you create something that wants to explode. Batteries slow this process to where we can tap this explosive energy over time.

Given the right ambient conditions and flaws, the lead-acid batteries in our cars as well as the lithium-ion batteries in Dreamliners can overheat, cause fires or even explode.

A just posted AP story explains this is the main reason our cities aren’t filled with electric cars right now – it is the batteries that are holding us back. The lithium-ion battery is the latest level of battery technology and it has been around for nearly 25 years.

Many people look to the leading authority on battery technology John Goodenough, the man that essentially made first commercial lithium-ion batteries possible back in 1991. He will be honored with the National Medal of Science at the White House next month at the age of 90.

Currently the engineering professor at the University of Texas at Austin, Goodenough told the AP, "I'm working on it. I'm optimistic in a sense that I'm willing to keep working on it. I think we can do some interesting things."

Boeing made extensive use of lithium-ion technology in the design of their new airplane. This was the ultimate cause of a fire aboard a Dreamliner in Boston, and another such incident in Japan. These events were sufficient to lead authorities to ground the fleet worldwide, but the problem of overheating batteries is not a new one.

Just six years ago, during 2006 and 2007, over 46 million cellphone and 10 million laptop batteries were recalled for risks of overheating, short-circuiting and exploding. These were all lithium-ion batteries and this resulted in the addition of safety features in consumer electronics.

This problem is produced by the fact we are working at cross purposes – if a battery is good at storing energy, it is slow to give it up. If it is good at releasing energy, it is a poor way to store it. In a nutshell, this is why it’s not easy to get great range out of a single charge in an electric car.

"We need to leapfrog the engineering of making batteries," stated Lawrence Berkeley National Lab battery scientist Vince Battaglia. "We've got to find the next big thing."

No one really has a clue what that will be or when it will become apparent.

The Obama administration has spent more than $2 billion to spark innovation in the advanced battery industry, simply because they are crucial to a greener energy future. This level of concentration in one area of science has not been seen since the Manhattan Project was charged with developing the atomic bomb.

“It involves dealing with liquids and solids, metals and organic chemicals, and things that are in between. We're dealing with a system that you can imagine is almost alive, it’s almost breathing," he said. "Trying to understand what's happening within these batteries is incredibly complex."

At the level of cellphones, the problems with lithium ion batteries are manageable, but to power bigger things like cars and airplanes, multiple cells are grouped together, magnifying the problems of overheating and flammability. The battery pack in the Boeing 787 weighs 63 pounds and 19 inches long.

"You can't get around the fundamental thing is that lithium-ion batteries are stuffed full of flammable liquid," said Carnegie Mellon University materials science professor Jay Whitacre.

Lithium-ion batteries are more dangerous due to the electrolyte used. That’s the liquid that lets electrons swim from one electrode to the other within the battery. The fluid is more flammable than the electrolyte in older batteries, such as lead-acid batteries and the nickel cadmium batteries us in Toyota hybrids, video equipment and power tools.

"The big advances in battery technology happen rarely. It's been more than 200 years and we have maybe five different successful rechargeable batteries," said George Blomgren, a former senior technology researcher at Eveready and now a private battery consultant. "It's frustrating."

The first battery was invented by Alessandro Volta — for whom the volt is named — in 1800. Since then, we have developed internal combustion engines, telephones, cars, airplanes, transistors, computers and flash memory, while the lowly battery remained much the same.

The lead-acid car battery "has been around for 150 years more or less," Whitacre said. "This is a remarkable testament to first how robust that chemistry is and how difficult change is."

There is little agreement on whether it’s possible to get more out of the lithium-ion formula, but research persists in other possibilities such as lithium-air, lithium-sulfur, magnesium and sodium-ion.

"With the materials in the current lithium-ion battery, we are definitely plateaued," Blomgren said. "We're waiting for something to come along that really does the job."

When and where the answer will come from no one knows – we only hope it comes soon and giant Boeing planes will fly safely, while plug-in cars will go 600 miles before needing to recharge.

Far-fetched today perhaps, but 10 years ago did you see the Ford EcoBoost coming?

john kordos wrote on January 23, 2013 - 12:26am Permalink
unless you are ignoring history before 1800, the FIRST battery may have been the 'baghdad batteries' used thousands of years ago! We all have been taught many lies, hope this opens some eyes. peace The Baghdad Battery is believed to be about 2000 years old (from the Parthian period, roughly 250 BCE to CE 250). The jar was found in Khujut Rabu just outside Baghdad and is composed of a clay jar with a stopper made of asphalt. Sticking through the asphalt is an iron rod surrounded by a copper cylinder. When filled with vinegar - orany other electrolytic solution - the jar produces about 1.1 volts. w.smith.edu/hsc/museum/ancient_inventions/battery2.html
Don Bain wrote on January 23, 2013 - 3:02pm Permalink
I remember seeing images of this device but forgive me for not pointing out that Volta invented the battery in its modern form. Anyone know what they did with 1.1 volts 2000 years ago?
Nicolas Zart wrote on January 23, 2013 - 7:17pm Permalink
Check out the hieroglyphs in Egypt, they give a lot of clues.
DrJohnM wrote on January 23, 2013 - 3:52pm Permalink
From the National Fire Protection Association Fire Analysis and Research Division "In 2003-2007, U.S. fire departments responded to an average of 287,000 vehicle fires per year. These fires caused an average of 480 civilian deaths, 1,525 civilian injuries, and $1.3 billion in direct property damage annually." But no one is bothered about gasoline but a battery.... big big problem.
Don Bain wrote on January 23, 2013 - 6:17pm Permalink
Thanks, Doc - had no idea car fires were that big a problem. Guess the moral is life is dangerous, no?
Nicolas Zart wrote on January 23, 2013 - 7:24pm Permalink
There are a lot of lithium chemistry derivatives being tested right now, to name a few, lithium air, lithium sulfur, lithium phosphates. Each are promising in their own ways. IBM says they are pretty much ready as far as the technology used for lithium-air, the problem is finding a way to make sure no condensation gets in. I don't think the problem is with lithium-ion batteries per se but how to maintain it in a safe way. This morning I wrote an article that highlights how Tesla is working with the current crop of lithium-ion laptop batteries keeping in mind that failure is imminent while carmakers give lithium battery manufacturers stringent parameters with less success. The trick now is to make due with what we have, which pays for R&D for future chemistry. One thing I saw that was promising was mixing lithium-ion with ultracapacitors and load-balance the energy drawn and recouped. We're only at the beginning of batteries in moving vehicles, even if batteries have existed for millenniums.