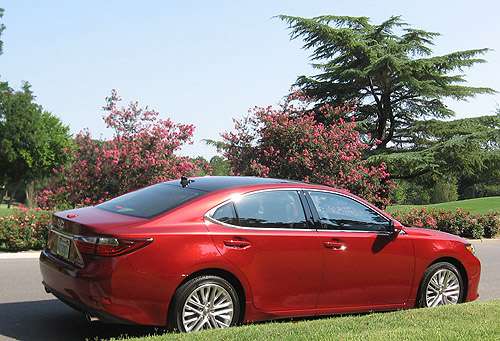 Why auto sales are surging while homes are not

Automobile and truck sales have surged this year, with 7.3 million retailed during the first six months of 2012, while the housing industry shows signs of life, but still is not in full-blown recovery.
Advertisement

It all comes down to the availability of credit, borrower ratings and the average age of American vehicles.

Part of the increase in auto sales this year has resulted from pent-up demand as Americans held on to their cars longer during the economic downturn. The age of the average American vehicle rose to 10.8 years during 2011.

Most of them are already consuming alcohol – give them a few more years and they’ll want to vote, too.

The simple fact is it’s much easier to get a loan or a lease for a vehicle, than it is to close a mortgage on a home or condominium. Only those with the best credit can buy a house these days, as the home loan lenders remain twice shy – a result of providing adjustable rate mortgages to virtually anyone with a pulse regardless of their means. That’s what created the bubble that burst four years ago.

Small businesses still have a hard time obtaining loans. Credit card access remains restricted despite the ads on the television and the come-ons in the mailbox.

Meanwhile, sales of existing homes are up 5 percent to 4.61 million annually, but prices remain depressed due to a glut on unsold properties on the market, according to the National Association of Realtors. This is partly because or stringent lending practices, but they may be well justified as one of every three pending contracts is canceled.

Housing starts are also showing mild recovery with five months of slight improvement projected to surpass 700,000 units, a three and a half year high. In fact, according to the Dept. of Commerce, new housing starts may contribute to economic growth this year for the first time since 2005.

Give all that, it is considerably easier to obtain an automotive loan or lease and there are several good reasons for that, according to Brad Plumer of The Washington Post.

Equifax states the total of automotive bank loans is at its highest point in seven years, at $47.5 billion in the first quarter of 2012. Interest rates are still declining and it doesn’t take a perfect credit rating to obtain an auto loan. New-car financing needs only a credit score of 760, down six points from last year, according to Experian. For a used car purchase, you can get by with a rating of 659.

“The spigots are being opened,” The Washington Post quoted Peter McNally, an analyst at Moody’s, as stating. “The finance companies are really stepping in to fill a need.”

Reportedly this is to some degree a result of investors and private-equity firms buying securities comprised of bundled auto loans. It would seem to be the same way the mortgage bubble was created, but funds tend to look at these assets as both safe and lucrative. In the year’s first half, America’s biggest auto lenders, GM Financial and Santander Consumer USA, have resold $10 billion in subprime auto loans to investors, up 20 percent over last year. This in turn allows these firms to make more consumer loans to even higher risk buyers.

The difference is the emotional bond Americans build with their cars – they are more willing to walk away from a house that a car. Not only that, used cars are retaining more value, a result of the lean years of trade-ins as people held on to their cars or bought used cars instead of new ones.

The simple fact is you don’t have to be a property owner to hold your head up, but as they used to say in the Cavalry, “A man without a horse is afoot.”

Then there’s the fact, if a buyer defaults on a car loan, the very anti-theft systems installed to protect the owner can be used to locate and retrieve the vehicle, even if hidden out of sight. You just set off the alarm and listen, once you’re in the vicinity provided by the GPS.

Nevertheless, the surge in subprime lending in the auto market is a matter of concern to some. Some buyers pay interest as high as 10 percent – a level doubling the price over 7 years.

“Subprime lending creates both benefits and risks for consumers,” said Jen Howard, a spokeswoman for the Consumer Financial Protection Bureau. “Consumers need to recognize that subprime auto loans are expensive because of their high interest rates and fees and the repayment periods for some subprime auto loans may actually exceed the useful life of the car.”

The lightly regulated auto loan market involves many smaller independent operators, willing to take the risks in hopes of greater profits. As the old saying goes, nothing ventured, nothing gained.

The CFPB currently has no plans to regulate nonbank lenders in auto finance, while car dealerships were explicitly exempted from regulation in the 2010 Dodd-Frank bill.

The repeat of the mortgage scenario is entirely possible if lenders relax their standards too far. Which begs the question how many bubbles have to burst to bring down the American way of life. The Dot.com collapse and Lehman Shock have already endangered the long-term health of the American Dream.

The Washington Post notes that losses on subprime loans have dropped of late, accredited to Barclays, going on to say delinquencies are “in keeping with pre-crisis trends.”

So while the housing markets seem to be in mild recovery, auto sales are surging for much the same reason real estate did some years back. Let’s hope both lenders and borrowers have learned something or we will all experience economic déjà vu.