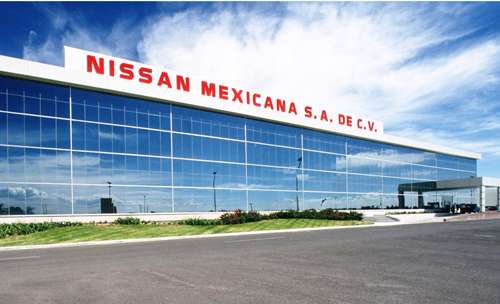 What Nissan has to do with renewable energy in Mexico [video]

Nissan builds cars for the global marketplace and at their plant in Aguascalientes, Mexico half the energy required for the operation of the plant comes from renewable energy sources.
Advertisement

If Mexico has anything, it has plenty of sun, wind rain and refuse – the latter being used to create biogas that supplies part of the plants power.

A year ago, the brand struck a deal with a firm near Mexico City for electricity generated from such biogas. The gas is a natural product of the breakdown of organic matter.

Some US hog farms collect livestock waste, turning it into methane used to heat farm buildings. In Mexico such gasses produced from waste materials are used to power electrical generators. It is a virtually inexhaustible energy source to be used as fuel to derive electricity.

The agreement provides 5 percent of the energy needed to power the plant in Aguascalientes.

Nissan also works with Enel Green Power – it generates power from windmills, producing another 45 percent of the plant's electricity, something robotic welders and assembly systems suck up in a big way.

Enel has roughly 100 windmills in the city of Oaxaca in southern Mexico.

Though this is the first plant in the entire Nissan-Renault Alliance to achieve the halfway mark via renewable energy, it suggests that a photovoltaic roof installation could make the Nissan plant the first automotive fabrication facility to build cars using 100 percent renewable energy.

Nissan is already making cars using the power of the wind and organic waste materials, so it only makes sense to take more from Mexico’s most vibrant resource – pure unfiltered sunshine.

"It is a question of really being advocates of protecting the planet for the generations to come," said José Valls, president, Nissan Mexicana.