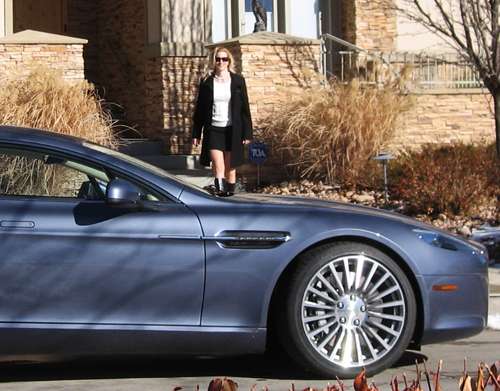 Was that really your Valentine's car last night?

Literally millions of seemingly sensible men (an oxymoron) picked up lovely and perfect women (another oxymoron) in the quest for the perfect Valentine’s date last night – but if what the British division of Hertz discovered is true, one in three were in a rental car presented as their own property.
Advertisement

All is fair in love and war, or so they say, and, in one sense, it is flattering to think someone wants to impress you enough to go to such lengths. On the other hand, it does not bode well for honest and sincere communication in a relationship. Further, it could hint at issues regarding self worth – a major cause of numerous dysfunctional relationships.

Regardless of all this, Hertz released their findings Wednesday, reporting that cars were seconded by clothing as the most frequently rented or borrowed objects. One in six men admitted temporarily obtaining nicer clothes to impress potential paramours.

Nevertheless, these guys may be onto something as over 40 percent of the women surveyed agreed the car a suitor drives can enhance their attractiveness, while 60 percent seemed to think the clothes make the man.

It turns out some guys would even rent a place or borrow a pet to display their more sophisticated or sensitive side.

Of course, men are not the only ones playing games with romance, as 19 percent of women confessed they had rented or borrowed items to appear more alluring. The study also found it’s largely an affectation of the young, with 40 percent of those between 18 and 25 revealing such efforts to impress.

So what cars seem to have the desired effect?

The survey found that most of the Valentine’s who want to be chauffeured about in a very nice car really wanted it to be a Lamborghini.
The Hertz Supercar Collection came to the rescue of Valentine sweethearts possessing the proper ways and means with the Lamborghini LP570-4 Performante Edizione Tecnica, which can be hired by the day.

These come pretty close to what the lovely ladies were hoping for, but their top five came in as Lamborghini, Jaguar, Bentley, Rolls Royce and Ferrari.

If you’re involved in things like dating and Valentine’s Day outings, we’d recommend a rented tux and any Aston Martin or Bugatti you can lay your hands on any day – if that won’t get you any love, you’d better get yourself to the nearest womens penitentiary with a pocketful of official pardons.