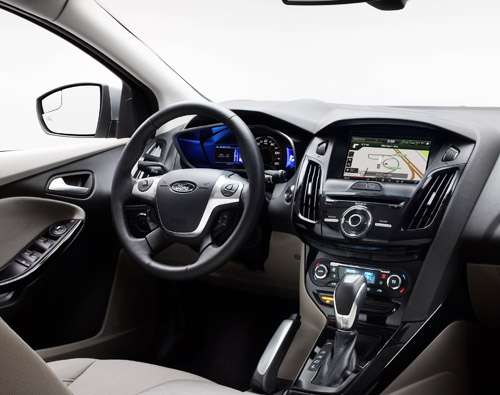 Despite the fact that automobiles are their highest level of quality and technological advancement ever, not everyone is tickled pink by all the bells and whistles in their new car.
Advertisement

Ford, who is justifiably proud of their new MyFord Touch and voice-controlled Sync, has fallen from 23rd to 27th in the annual survey of new car buyers by J.D. Power, and it would seem to be due to difficulty in using the new technology systems in their cars.

Voice controlled aspects of automotive interfaces started a few years back and are still a work in progress. Originally they required you to use preset commands and utter them eloquently so the voice recognition program could understand what you were saying and match it to one of the preprogramed functions.

When you stop to think about it, the problem is considerable as there has never been such a thing as a national standard for the American language like what the Brits call the King’s English.

From the earliest days of the republic, regional accents and colloquialisms have been common. Bostonians turn Africa into Afriker. Kids in Arkansas pronounce the word can’t as cain’t. When an Oklahoman says the state’s name the “o” sounds like they are trying to swallow an egg, and in Kansas the “a’s” are so long it’s like they’re trying to lengthen the state’s name.

Besides, what if you’ve been to the dentist and have a numbed out cheek, have a congenital speech impediment or were somehow stung on the tongue by a hornet? Obviously it’s a challenging problem for an IT specialist to write code that will allow wide enough parameters to recognize human speech variations, accents and dialects, yet narrow enough that unwanted commands aren’t implemented from what the driver is trying to say.

There was a joke about this sort of thing circulating about the time Rush Limbaugh committed a Federal faux pas by labeling a young student testifying before Congress as a strumpet.

A man has finally reached the stage of life where he can give up practicality and indulge in buying the convertible sports car he’s always wanted. He picks out just the make and model he wants and works out a deal with the showroom. He drives away as happy as a big winner at a Texas Hold ‘em tournament.

A week later he returns to the dealer saying, “I love the car, but it has a problem. The radio doesn’t work.”

The salesman comes over and says, “Oh it works fine. You just don’t understand it.” He switches the convertible to accessory power and says, “Radio on. Rock!” It comes on with a FM rock station selected. You control the volume the same way, he adds.

Obviously delighted the man gets in and calls out, “Jazz.” The station changes and he drives away.

Some time later he’s driving in heavy traffic on the freeway, sees his exit approaching and cuts in front of a woman in a minivan who leans out her vehicle and yells, “A#!h*le!” as he passes.

If you haven’t guessed yet, the radio switches to Rush Limbaugh’s channel.

Mind you, in this country Limbaugh is entitled to his opinion however unpopular it may or may not be, just as we have every right to like or dislike what he says. It’s a joke and we mean no insult to the radio pundit.

The humor, however, is to some extent at his expense, but it’s also about how technological changes in automobiles aren’t immediately assimilated by all buyers.

A couple years back, before the new technology was rolled out, Ford was number five in J.D. Powers survey. That was the highest point reached by a non-premium brand.

This year the highest ranking by a non-luxury brand went to Honda, in a field that has expanded to include 34 brands.

For two years in a row Lexus and Toyota have topped the survey conducted from February to May of this year. It asks new owners to rate their new vehicle before the honeymoon is over – within 90 days of purchase.

Lexus was the first brand I personally encountered voice command in some years ago. I remember within the last three years an official announcement that their vehicles now featured “casual voice recognition” – they, too, had some problems with the first generation of voice command.

Problems with vehicles not recognizing voice commands has become the most frequent complaint, according to the survey.

Ford was also into the voice command technology early and has had some hard lessons to learn.

"You could almost say that Ford took one for the team," Reuters quoted Dave Sargent, vice president of global automotive at J.D. Power and Associates, as stating. "They went early, they went big and a lot of learning has come from that, not only for Ford but everybody else has benefited by Ford being the first to go over the top."

The human species has done well to keep up with the recent pace of technological advances, but obviously some more than others. Most of us are up to using computers, the Internet, social media, laptops, netbooks, Wi-Fi, smartphones, digital this and that, but obviously not everyone’s at the same place on the path to technical assimilation.

The simple fact Ford and other brands actually offer tutorials on using the new technology makes it clear the new systems are not as intuitive as the brands would like to think.

"The onus is on the automakers to make things simpler," Sargent added.

Meanwhile, the quality level of the automobile has never been better – safer and more efficient – by leaps and bounds beyond anything over 20 years old. Traditional complaints about things like road and wind noise are slowly fading away.

The top five brands in the ranking were Lexus, Jaguar, Porsche, Cadillac and Honda. Jaguar leaped from 20th to second place like the big cat it’s named for.

Even though Ford dropped off in the rankings, it still had several cars ranked as best in segment, namely the Expedition, Mustang and Taurus.
Lexus also racked up three bests with their flagship LS, mid-size RX SUV and entry level ES sedan.

GM and Nissan managed four best in various segments as well. For GM they were the Malibu sedan, the Buick Enclave crossover, GMC Sierra LD full-size pickup and the Cadillac Escalade.

Nissan scored with the Frontier pickup, Quest minivan, with the Infiniti M-Series taking the nod for the best mid-size luxury sedan, next to the Infiniti EX as best entry-level luxury crossover.

Dodge, though, is still down at 29th in the survey, but has moved up from 32nd. The last three brands in the list are thought there because their offerings were really intended for the European market – they are Mini, Fiat and Smart.

All of this just goes to show what a complicated industry it is – it doesn’t always pay to be a pioneer as those behind you may learn from your mistakes. Of course, then they become the leader, giving you the chance to benefit from their fumbles – and so it continues ad infinitum.

Anonymous wrote on June 21, 2012 - 9:40pm Permalink
yea and J.D. powers has the mustang behind the camaro because the mustang owners reported they were unhappy with how the mustang handled in winter weather[LOL] and that the mustang did'nt have enough power and that it did'nt handle good enough , but camaro owners reported that they were very happy with the power and handling of the camaro even though the mustang outruns the camaro and has showed that it out handles it to. makes me wonder if these mustang owners are the same 300+ that complained about the mustang transmissions that the feds investagated and found it was actually three actual complaints the rest were none owners just trying to make it look like a bigger problem than it was